The 17th-century monument of love, the Taj Mahal, is suffering from yellow and green pollution stains. Authorities are being told to act to protect it.

India’s most profound tourist attraction, the Taj Mahal, is being tarnished yellow and green due to pollution.

Known as one of the seventh wonders in the world, the iconic building is coming face-to-face with a new difficulty that is threatening its splendour.

Pollution levels in and around the vicinity have caused an uproar amongst devotees who want something done by the authorities to address the issue, impacting the popular tourist attraction.

This has prompted the Indian government to propose a ban on plastics and polluting factories.

Pertinent measures such as the banning of all plastics were stated along with a switch to hydrogen and electric based vehicles. Boosting the green cover within the precincts of the Taj would also help fight pollution.

Another key step to help tackle pollution was reducing water consumption. This was suggested in order to provide maintenance for the surrounding garden and boost the water table.

Built by the famed Mughal Emperor Shah Jahan for his wife Mumtaz Mahal in 1648, the Taj Mahal is located in the northern India city of Agra, some 130 miles away from New Dehli.

Pollution has descended to such abominable levels in Agra that the World Health Organisation (WHO) has ranked it 8th on the list of world’s most polluted cities.

The outrage has sparked many institutions into action in tackling the problem.

Authorities in the Uttar Pradesh state have now acted to try and address the situation by submitting a draft document to the Supreme Court. The draft contained significant details for the judiciary to consider in order for it to be acted upon and to become legislation. 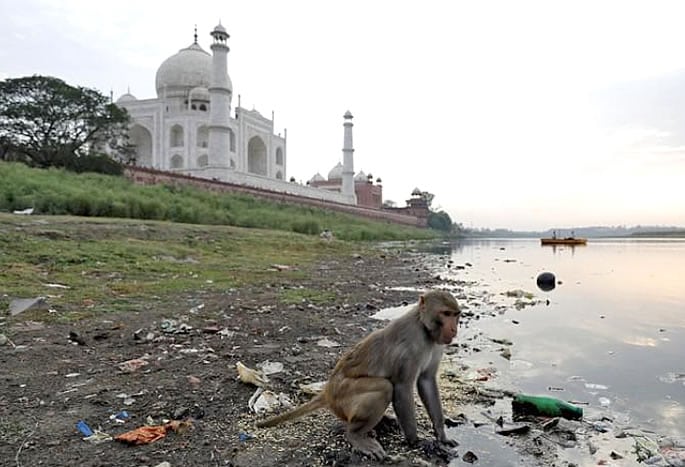 “Replacing present day lawns with tree cover as existed previously will increase the biomass,” is what one of the key statements read from the draft.

The Supreme Court of India is now spearheading the campaign not only to protect the Taj Mahal but also other monuments and heritage sights that face similar struggles.

A commotion has been caused because the justices have demanded authorities act themselves to tear it down or restore it.

Due to the monument being flanked by a river littered with endless garbage and a constant smog caused by vehicles, many historians have cried out for action to help preserve the iconic building.

Environmentalists have long complained about the folly of local authorities to tackle pollution when it was on the rise.

“There have been various studies and various plans but they have not been implemented in right earnest and a coordinated manner.”

Measures are being taken to integrate the environment and natural heritage management plan with an emphasis being placed upon checking conservation, air pollution, river and water management.

It is hoped through amalgamating various authorities and local organisations, pollution can be cleared.

Perhaps through a coordinated effort, the Taj Mahal can be restored to its former glory. Free of pollution stains, with the white marble glistening for all to marvel at in awe.