After expressing unwillingness to share Covid-19 vaccine rights with developing countries such as India, Bill Gates has now changed his tune.

“No barriers should stand in the way"

Bill Gates has shown his support for Covid-19 access.

The Bill and Melinda Gates Foundation said nothing should stand in the way of equitable access to Covid-19 vaccines.

The remarks came shortly after Bill Gates showed reluctance to share Covid-19 vaccine patents or IP rights with developing countries, such as India.

In an interview with Sky News, the Microsoft founder said that a technology or ‘recipe’ transfer of vaccines should not be made to other countries.

Some reports even highlighted the profit-making aspect of the Bill and Melinda Gates Foundation.

However, the foundation now has come forward to say nothing should prevent equal access to vaccines.

In a statement, the foundation’s CEO Mark Suzman said:

“No barriers should stand in the way of equitable access to vaccines, including intellectual property, which is why we are supportive of a narrow waiver during the pandemic.

“Those negotiations will occur via the WTO process, led by country negotiators.”

Suzman went on to say that distributing Covid-19 vaccines is a priority for Bill Gates and his soon-to-be ex-wife Melinda.

He said: “Looking ahead, we are committed to supporting the continued expansion of vaccine manufacturing capacity in countries around the world, including on the African continent.

“This will not be an immediate fix, but it is important to prepare for future outbreaks.

“Getting vaccines to everyone who needs them is one of the causes Bill Gates and Melinda French Gates have committed their lives to.

“The Gates Foundation will use its resources to ensure that work continues and succeeds.” 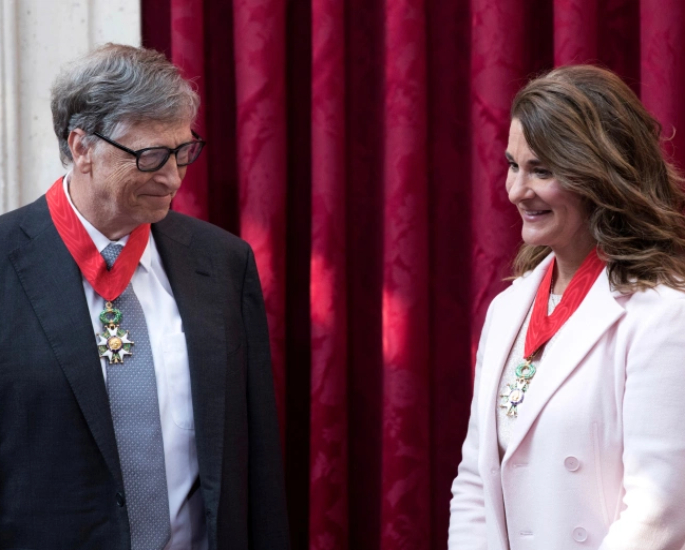 The statement from the Bill and Melinda Gates Foundation comes after Bill Gates expressed reluctance to share Covid-19 vaccine rights with developing countries.

In an interview, Sky News asked the tech giant if it would be better to share intellectual property rights on Covid-19 vaccines.

Gates replied saying he would not be willing to share rights with such countries, even using India as an example.

Gates referred to India producing vaccines with the help of tech transfer between the Serum Institute of India and pharmaceutical giant AstraZeneca.

“The thing that’s holding things back, in this case, is not intellectual property.”

“It’s not like there’s some ideal vaccine factory, with regulatory approval, that makes magically safe vaccines.

“There’s only so many vaccine factories in the world, and people are very serious about the safety of vaccines.

“Moving a vaccine, say, from a (Johnson & Johnson) factory into a factory in India, it’s novel, it’s only because of our grants and expertise that it can happen at all.”

Some even claimed that the tech giant tried to use misinformation to influence the audience, branding it “vaccine racism”.

Louise is an English and Writing graduate with a passion for travel, skiing and playing the piano. She also has a personal blog which she updates regularly. Her motto is "Be the change you wish to see in the world."
Shumirun Nessa’s Funny Pizza Video on TikTok
Indian-inspired Bedroom Decor ideas to Check Out