The 55th Filmfare Awards took place in Mumbai with the cream of Bollywood coming together to celebrate its talent, hard work and future stars.

At a star studded 55th Filmfare Awards ceremony at the Yash Raj Studios in Mumbai on 27th February 2010, the night was filled with cheer, surprises and applaud for the winners, along with commiserations for the losers.

One of the biggest stories surrounding the awards night was the absence of the Bachchans. This was further to the Mumbai Mirror printing a story that Aishwariya Rai Bachchan was having health problems and difficulties conceiving. Due to the story, Aishwariya Rai, who was supposed to perform at the awards, pulled out. The Mumbai Mirror and Filmfare both belong to the Times Group, which resulted in the Bachchans, as a family, boycotting the awards. 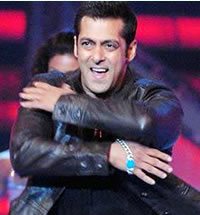 The awards hosted by Shahrukh Khan and Saif Ali Khan were laced with their antics and humour as presenters of the ceremony. Talking about his jokes, SRK said, “This time we will be poking fun at ourselves rather than the others.”

Performances galore included appearance from Katrina Kaif, who wowed the awards audience with her leggy moves to filmy numbers like Yaar Nazar Nahi Ata from her movie De Dana Dan; Salman Khan grooved on the stage with moves to his hot song Tera Hi Jalwa from his movie Wanted; Kareena Kapoor performed to her hits songs including Zoobie Doobie, Bebo Main Bebo and Kambakht Ishq, and Deepika Padukone swayed to her hit tracks Uff Ter Ada and Aahun Aahun.

3 Idiots on the night took many of the awards, as expected. Amitabh Bachchan, despite not being present, was awarded Best Actor in a leading role for Paa, and the m

And the winners of the 55th Filmfare Awards are as follows…

Amit enjoys creative challenges and uses writing as a tool for revelation. He has major interest in news, current affairs, trends and cinema. He likes the quote: "Nothing in fine print is ever good news."
Filmfare Awards 2010 Nominees
Tongues On Fire Film Festival