"If you’ve found true love, hold onto it, no matter what"

Anjna Gill’s short video, Is Love Color Blind: A Story of Interracial Love and Cultural Racism, is an emotional window into the love and heartbreak of an interracial couple.

It centres around a young woman Anna who meets an Asian man, Samuel, while at university. Despite being from different backgrounds, they click instantly and soon fall for each other.

But their love story is sadly cut short. As the video narrates, Anna has to give up the love of her life ‘because of her skin colour’.

Is Love Color Blind? uncovers the many struggles that many Asians can still face when it comes to interracial relationships.

The video’s creator, Gill explains that her inspiration came from seeing her friends’ relationship breakdown as a result of racist beliefs in their families.

Anjna, a Hindu, adds that her own experience comes from her marriage to her Sikh husband.

The message that she hopes to spread with her moving video is one of awareness and progression.

In a special interview with DESIblitz, Anjna talks us through the inspiration behind the short video that explores the journey and eventual heartbreak of the interracial relationship. 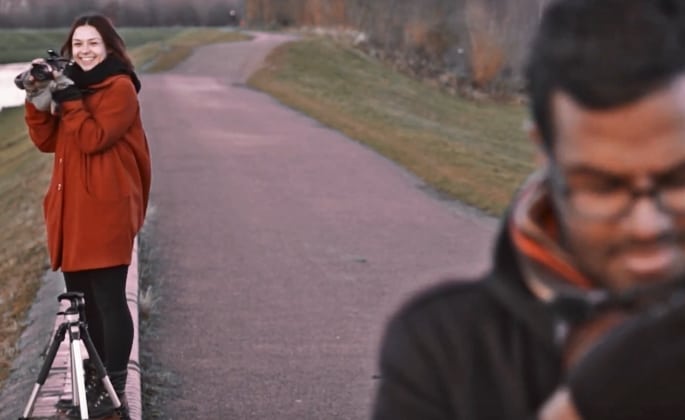 What is the inspiration behind Is Love Color Blind?

Is Love Color Blind? was an idea that came from the frustration of seeing so many of our friends at university who decided to just end their relationships when they graduated, simply because they were either a different colour or religion.

And with the recent wedding of Harry and Meghan, the timing just felt right so we just ran with it and didn’t look back.

Do you have first-hand experience of interracial relationships? Or your own?

My husband is Sikh and I’m Hindu, so for sure, there were a lot of issues when it came to convincing our families.

But the film is really a poem for the struggles of my closest friends – I wanted to help them but all I could be was be a shoulder.

Unfortunately, it ended with total heartbreak and an arranged marriage to a stranger from Canada. We wanted to honour the memory of their love and let others know it shouldn’t be this way.

How did you come up with the concept for the video – since there is no speech?

We wanted the video to be universal and relatable for everyone who has, is and ever will be in a situation like this.

“Watching an interracial couple bond is powerful on so many levels, but to watch that bond die because of racist ideologies is even more powerful.”

Putting a voiceover to the story felt like it would alienate people by attaching an accent, a personality and a gender to the narrator – hopefully, our audience can quite literally become the storyteller.

With cultural difference still a problem for South Asian society, how will this change?

In terms of the video, I really hope it gives everyone who has found love the strength to hold onto it, regardless of colour, religion or societal pressure.

In terms of what the future holds for these outdated traditions, I remain hopeful that change will come soon, but we need to be strong.

‘Falling in Love’ is still regarded as ‘not a reason’ to marry or ‘be with someone’ for Desi families. Would you agree? If so why?

There has definitely been a shift in thinking regarding the idea of arranged marriages in recent times.

Dating (without sex) has become more acceptable for Desi families, so long as everything seems to be above board if you know what I mean? – it’s not very 21st century but it’s some progress.

But the real problem is control; Desi parents ultimately need to understand that beyond a certain age, they can’t control their children.

They need to accept that we can all make our own decisions, they cannot live our lives for us. 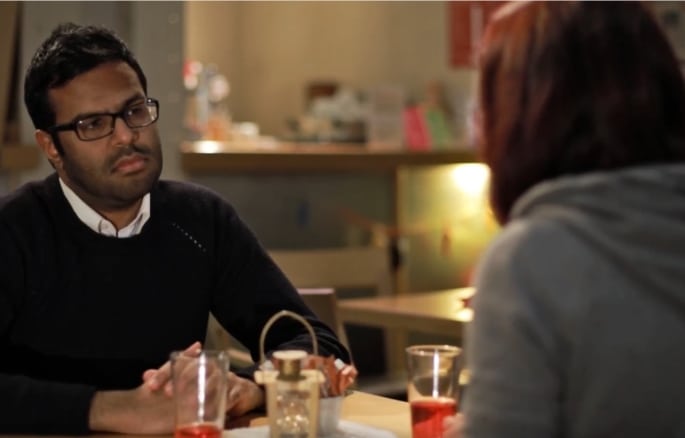 What do you want people to take from the video?

If you’ve found true love, hold onto it, no matter what.

And if you’re a parent standing in the way of true love, let go and accept that times are changing.

If the Royal Family can accept it, then they should too.

Mixed marriages find it very difficult to ‘fit in’ into Desi society – what do you think are the biggest challenges?

Well, our grandparents and parents came to this country with nothing but their culture and traditions.

In some cases, we should be very grateful that they kept them alive because it has shaped us all and changed American, Canadian and British culture in so many amazing ways.

It’s brought much more understanding between the East and the West.

But at the same time, some aspects of our culture are incredibly negative and were essentially designed to maintain the status quo. I mean, just think of the caste system.

Desi society can keep its rich heritage and identity alive without being elitist or racist. We have a duty to maintain all of the incredibly positive aspects of our identity, but we also have a duty to get rid of the negative aspects too.

There are many who have relationships knowing they are going to marry someone else, even within Desi society. Do you feel many do this with interracial relationships?

From my experience, yes lots of Asians do, and it usually comes as total shock and devastation to their partner.

I think you often find that University is a time where a lot of Desi students find themselves and discover sex, romance and love. But it’s bittersweet because they know in their heart of hearts, this is the only time they will ever have control of their own lives.

Whereas in western cultures it’s only the start of the discovery, for many Asians it’s the start and end. They have 3 years to explore before they’re imprisoned in a life they never wanted.

The worse thing about it is they have been conditioned to accept that.

Do Desi women suffer more than men when it comes to interracial marriage?

I think women suffer more than men in almost every aspect of life.

When it comes to interracial marriage, however, I think it all depends on how tight a hold the person’s family and community have on them – I think that goes beyond gender.

How else can the positive message of interracial love be promoted?

I think the best way of it being promoted is by it actually happening more. If everyone is doing it, people have no choice but to accept it.

That requires a lot of strength from those in interracial relationships though, and I admire that strength so much.

“But at the same time, I understand how difficult it is to break tradition when we’ve been brought up to believe that traditions are quite literally the foundation of our society.”

You can watch Anjna’s short video, ‘Is Love Color Blind’, for yourself here:

Whilst interracial relationships hold their own trials, the cultural racism that exists in certain communities widens this gap between cultures.

It drives people apart and makes interracial relationships near impossible.

It’s clear that Anjna is passionate about this cause. She hopes to continue to show people who have previously been (or are currently) in an interracial relationship a new acceptance.

She also hopes that their family and friends will realise that ultimately love really is, and perhaps more importantly, should be colour blind.

Ellie is an English literature and Philosophy graduate who enjoys writing, reading and exploring new places. She is a Netflix-enthusiast who also has a passion for social and political issues. Her motto is: “Enjoy life, never take anything for granted.”
Nashra Balagamwala: Creator of the Arranged Marriage Board Game
Why is Child Physical Abuse a Problem in Pakistan?