Mahira Khan’s Verna is a ‘Bol’ on Power & Honour

In a candid interview with DESIblitz, ace-actress Mahira Khan opens up about her role in Shoaib Mansoor’s Pakistani film, Verna.

After a six-year hiatus, top Pakistani filmmaker, Shoaib Mansoor returns as the producer and director of yet another socially intense movie, Verna (2017).

Mansoor presents a movie, which highlights the stigma of rape, along with female oppression by the rich and powerful.

Headlining the film is Mahira Khan, the actress who featured alongside Shahrukh Khan in Raees (2017).

In this role, Mahira is seen as the protagonist female lead who battles for her self-preservation when caught up in relationships with two men.

DESIblitz spoke with Mahira to discuss the experience on Verna and her career. 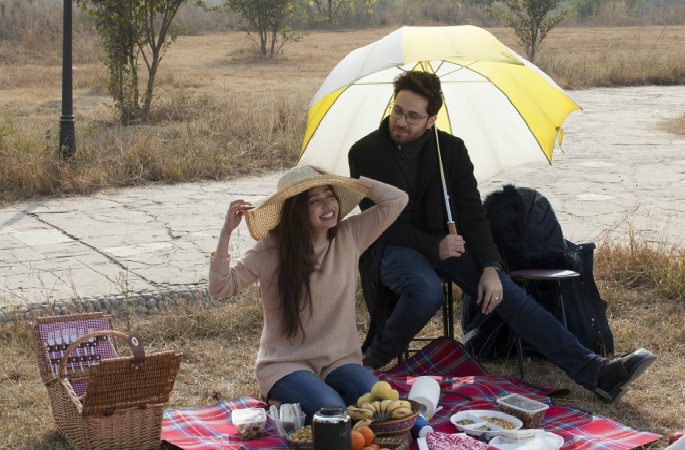 As a recipient of several awards including the Asia Pacific Screen Awards and Lux Style Awards, Mansoor promises to give yet another award-winning venture with Verna.

Whilst Mahira Khan is the main actress, Coke Studio fame singer Haroon Shahid makes his acting debut. His song ‘Sambhal Sambhal’ from the film has already stroke a chord with the listeners.

Verna revolves around Sara (Mahira Khan) who is born to an affluent family, with both parents teaching at a university.

Sara marries a polio-stricken young musician (Haroon Shahid). The couple lead a happy life until they face some extraordinary circumstances.

Facing the risk of punishment, ostracism and isolation, Sara takes a stand against rapists despite the fact she will have to fight the entire socio-political system.

“It is about the positioning of power generally in a society. We see this on a daily basis and disparity between the two is increasing.”

Besides the strong storyline and concept, Mahira Khan’s character is equally resilient and exhibits many shades.

There is an emotional and furious side to her character.

Talking about her role with DESIblitz, the 32-year-old actress expresses:

“Sara is fearless. As an actor when you get something good to work with, it makes your job so much easier.” 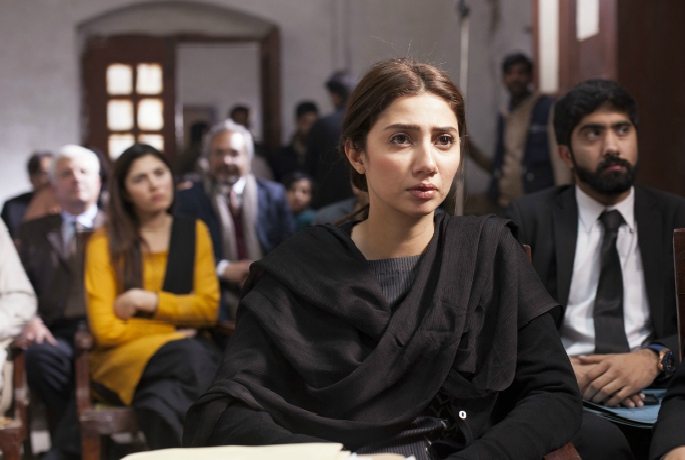 By underlining a serious crime such as rape, Verna will compel viewers to think about the current state across the South-Asian community.

Pakistan has witnessed some of the most harrowing cases. One example is that of Mukhtaran Mai.

In 2002, a village council ordered the gang-rape of Mai, a young woman who later took her rapists to court.

The case did not only attract international attention, but also is a reminder of how such monstrosity still exists within parts of the subcontinent.

Another example is the rape of a 17-year-old girl in the town of Muzaffarabad – as a means to punish her child rapist brother.

According to CNN, this case marks the 38th rape incident since March 2017.

The Human Rights Commission of Pakistan reports that one woman is raped every two hours.

This indicates that there could be many more incidents which have been undocumented, which is quite worrying.

Given her experience in combatting oppression and crime in the film, Mahira lists two important things:

“One is grassroots level education. Educate girls and boys about equal rights and respecting bodies. It is education which separates us. The other is accountability, which is very important,” Khan explains.

“How many people go on trial for a rape case? We always talk about the victims and survivors, we never talk about the rapist. What we really need to do, is to make an example of it.” 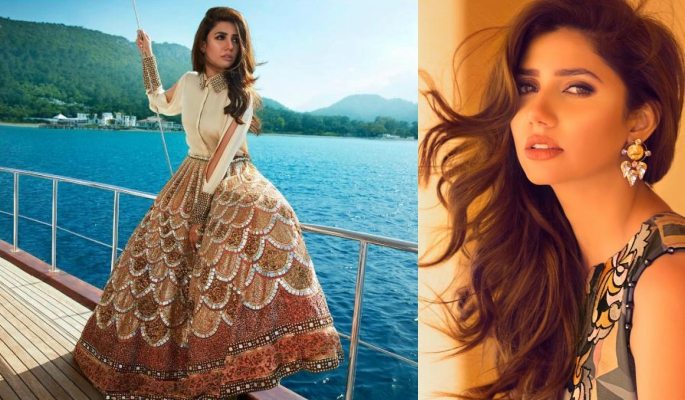 As Pakistan’s highest-paid actress and the winner of 12 awards, Mahira’s filmy and televisual voyage has truly been memorable and mazedaar.

“I’m so grateful for this journey. My career began with Shoaib Mansoor and it strangely feels that my life has come to a full circle,” Khan says.

During the summer of 2011, Mahira made her debut in films with Mansoor’s Bol.

In a supporting role, she plays Ayesha, a girl from a conservative lower-middle-class family living in an old part of Lahore.

Later that same year, she made her TV debut with the series Neeyat (2011).

Subsequently, she rose to fame by appearing in other successful dramas such as Humsafar (2011)  and Sadqay Tumhare (2014). Mahira’s talent is not solely reliant on acting.

Even as a video jockey and chat-show host, the Verna actress adds charm and grace to her work.

Perhaps the project that really pushed her into the public eye was Momina Duraid’s, Bin Roye (2015). This is the first Pakistani film to release simultaneously around the world.

In 2017, Mahira Khan is more of a household name after entering Bollywood.

Playing Shahrukh Khan’s wife in Raees was a major career move and a dream come true. She tells us:

“I’ve been a fan since I was a kid. For me, SRK was someone in the poster on my wall and then I worked with him. It was amazing.”

Listen to our full interview with Mahira Khan here:

With regards to future projects, Mahira informs DESIblitz that she will be seen in a comedy avatar with Saat Din Mohabbat In (2018).

In addition, Mahira will be seen in Maula Jatt 2 (2018), a sequel to the 1979 Punjabi classic. This film also features Fawad Khan, Hamza Ali Abbasi and Humaima Malick.

On the whole, Verna does not just seem to be a movie, but it can be a movement.

With Mahira Khan portraying the lead role, one is assured that this Haseena will do a grand job in defending female honour in the film.

Anuj is a journalism graduate. His passion is in Film, Television, dancing, acting and presenting. His ambition is to become a movie critic and host his own talk show. His motto is: "Believe you can and you're halfway there."
Aishwarya at House Party in lovely Blue Denim Dress
Amir Khan confirmed for I’m A Celebrity jungle TV show