The Marrakech International Film Festival celebrated its twelfth year with a spectacular line up of A-List Stars from the Bollywood fraternity.

The twelfth Marrakech Film Festival was held in Morocco’s third largest city from 30th November until the 8th December 2012.

The nine-day festival devoted to the Indian film industry showcased a variety of classic and contemporary Bollywood movies, which have captivated audiences worldwide.

On the eve of 2013, when Bollywood completes 100 years, the stunning city of Marrakech welcomed a large Indian contingent associated with the film industry. Artists and filmmakers presented their movies throughout the week, enthralling Moroccan fans of Bollywood. 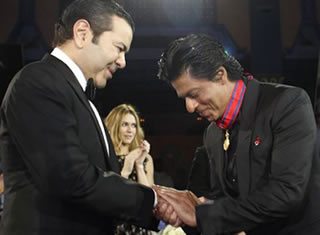 The Hindustan Times reported that Prince Moulay Rachid of Morocco hosted a Royal Gala Dinner for the Bollywood delegation present at the festival. At the dinner party, Prince Rachid awarded Shahrukh Khan with the Medal of Honour of Morocco. The actor receiving this award, expressed his delight on Twitter saying:

“Thanks everyone for the wishes from Morocco. His Highness the King and the Prince were so gracious with their hospitality and the function.”

Superstar Amitabh Bachchan received the same award as Shahrukh Khan in 2003, during King Mohammad VI of Morocco’s visit to India.

The festival led by Big B celebrated a century for Hindi Cinema, acknowledging the industry as a whole, including those no longer with us. During the event, everyone remembered the late Yash Chopra. A sneak preview of Jab Tak Hai Jaan [2012] was screened at the festival. Artists paying tribute to Yashji joined Shahrukh Khan on stage to recount his memorable films. 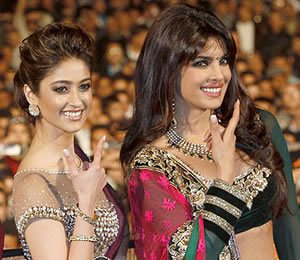 Many will be surprised by the fact that audiences across North Africa are really into Bollywood movies. Many of the ardent fans will often tell you their favourite artists and films. India’s popular cinema is often seen as peripheral to western cinema buffs, but for academic Raymond Williams, culture represents a ‘whole way of life.’

Cinema clearly provides a window of opportunity to attract people from different cultures. Clifford Geertz defines ‘Culture’ as ‘the webs of significance that human beings spin around themselves.’

Thus Moroccan audiences were excited to see their favourite stars and directors in their homeland. One by one all the celebrities were introduced and invited on stage, talking briefly in front of a packed audience. Both old and new films were screened during the festival. 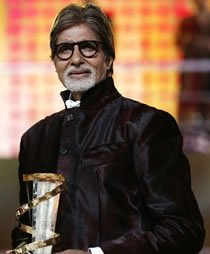 Amitabh Bachchan shared his thoughts about the tribute on his blog. Commenting on this Amitabh said:

“My grateful thanks to His Royal Highness Prince Moulay Rachid, for his personal invitation to the 12th Marrakech International Film Festival and the Tribute it pays to 100 years of Indian Cinema. On behalf of the entire Film fraternity of India, may I express my utmost appreciation and deep sense of gratitude.”

It seems this was not the only festival marking the accomplishments of Indian Cinema. After a short stay Big B had to fly out to Italy for the 12th River to River – Florence Indian Film Festival. The festival screened three hit Bachchan films, namely Deewar [1975], Sholay [1975] and Black [2005], followed by a Q&A session with fans.

On 1st December 2012 Amitabh tweeted: “Tomorrow to Florence, Italy as guest of honor for the Film Festival which does a retrospective of my films, starting with ‘Black.” 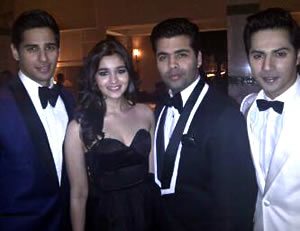 The team of Student of the Year [2012] reunited at the Marrakech Film Festival. Talking of this, director Karan Johar tweeted: “The debutants SID VARUN and ALIA had a blast at their first film festival outing!”

India Today reported that Karan Johar was happy to see the Bollywood fraternity coming together in a foreign country to commemorate Hindi Cinema. However he felt the same effort was required in India to celebrate this momentous achievement.

In a statement, Karan Johar said: “It’s a great tribute for the Indian film fraternity to be honoured at an international platform such as this. The fest also has a special emotional connect with me because my films, such as Kabhi Khushi… have a vast audience in Morocco.”

In an exclusive story published on India Today, Veteran actor Rishi Kapoor amazed by the reception given to all the artists said:

“I bumped into people here who sang Bobby songs to me. Can you imagine? Out of these 100 years, Kapoors have made a contribution of 84 years, which is something I am very proud of.” 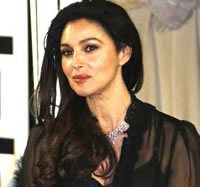 Italian actress Monica Bellucci, a big fan of Hindi Cinema was also at the festival. She told reporters that she would consider the possibility of starring in a Hindi movie. Talking to the Hindustan Times she said:

“The first Hindi film I saw was Devdas (the Shahrukh Khan one, we’re guessing).”

“I wonder how Indian actors are so popular in every part of the world. The crowd goes crazy wherever they go,” she added.

The festival has successfully brought together many people from all walks of life, from the royals to worldwide celebrities, including fans of World Cinema. Bollywood continues to map out new territories as well as tapping into other markets for further growth.

The twelfth Marrakech Film Festival definitely goes down as one of the most prestigious events that will always be remembered in history for uniting and paying homage to an outstanding Century for Indian Cinema.

Faisal has creative experience in the fusion of media and communication and research which increase awareness of global issues in post-conflict, emerging and democratic societies. His life motto is: "persevere, for success is near..."
Talaash a super hit for Aamir Khan
Vidya Balan weds Siddharth Roy Kapur