Global star, Priyanka Chopra Jonas has recently been awarded at the 2019 Marrakech Film Festival and shares her excitement with her millions of fans.

"I am honoured and proud to be recognised tonight"

International star, Priyanka Chopra Jonas was awarded at the 2019 Marrakech Film Festival for her exceptional contribution to cinema.

Priyanka made her Bollywood debut with Anil Sharma’s The Hero: Love Story of a Spy in 2003.

Having carved her mark in Bollywood, Priyanka set out to conquer Hollywood to expand the appeal of Indian cinema. 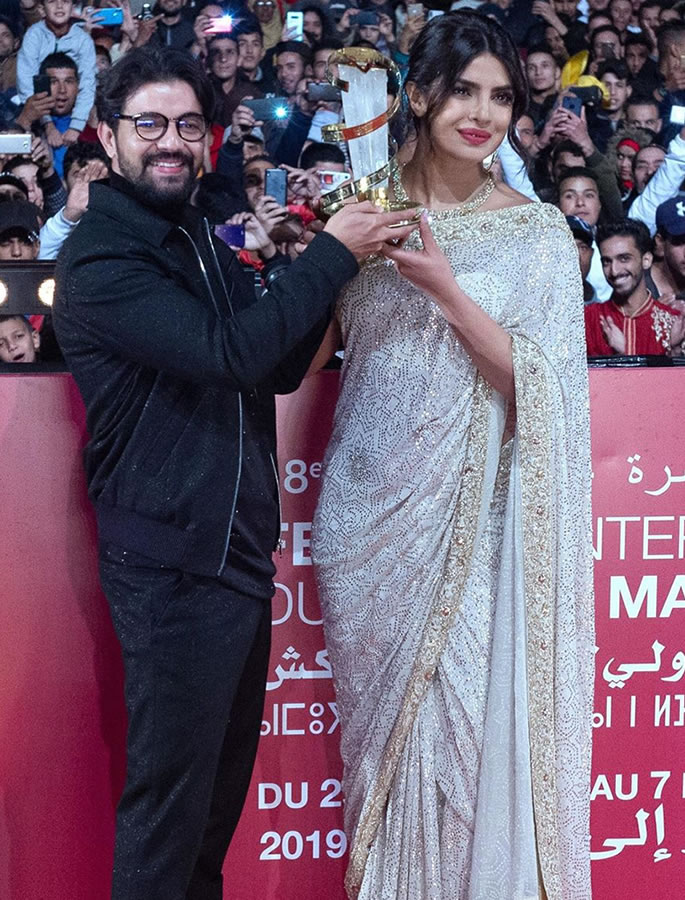 Even before her journey in both film industries, Priyanka’s first step towards fame was being crowned Miss World in 2000.

Alongside her acting career, Priyanka Chopra also delved in the music industry with songs like ‘In My City’, ‘Exotic’ and more.

There is no denying Priyanka’s tenacious work ethic has seen her being honoured for her outstanding achievements in cinema.

The global icon shared her delight on Instagram with a picture of herself holding the trophy.

Priyanka was seen wearing a stunning gold-toned saree with sequin embellishment throughout.

The delicate floral pattern border perfectly complemented the ensemble, while the strapless blouse covered entirely by the pallu.

To accessories the look, Priyanka opted for an extravagant necklace which matched the border of her saree perfectly.

For her hair, Priyanka Chopra had a chic and voluminous bun with curled strands to frame her face. 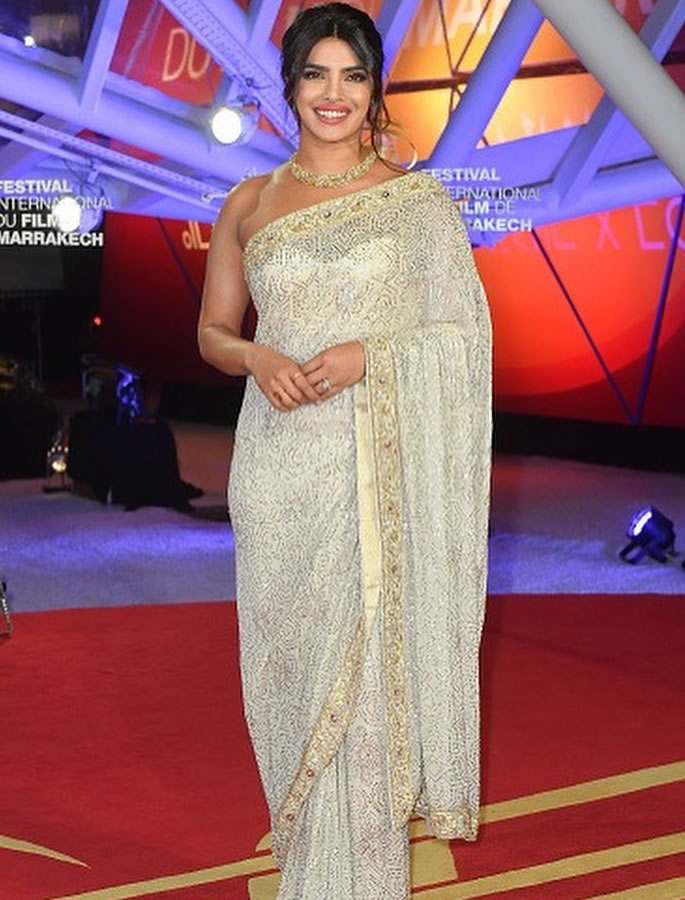 “To think that my career started nearly 20 years ago is surreal. I am honoured and proud to be recognised tonight at the Marrakech Film Festival.

“Thank you, truly, to everyone who came out to Jemaa el Fna Square.”

Shortly after the post, many celebrities from both Bollywood and Hollywood congratulated the actress in the comment section.

Canadian actor, James Tupper commented: “You Are The Best.”

Priyanka has been a goodwill ambassador for the organisation for over a decade.

It appears the month of December has been busy for the star as she collects accolades.

We congratulate Priyanka Chopra for all that she has achieved and hope to continue to see her career flourish.