An Indian filmmaker has caused controversy after he posted a Facebook message, suggesting that rape without violence should be legalised.

"The government should encourage and legalise rape"

Indian filmmaker Daniel Shravan has controversially claimed that rape without violence should be legalised and that women should “cooperate” during sex attacks.

His comments came after the horrific sexual assault and murder of Dr Priyanka Reddy in Telangana.

Shravan, who works in the Telugu film industry, suggested that women should carry condoms with them in order to avoid rape.

He also claimed that it could save women from being killed afterwards.

Shravan went on to say that by legalising rape without violence, it would reduce the number of deaths after sexual assault. 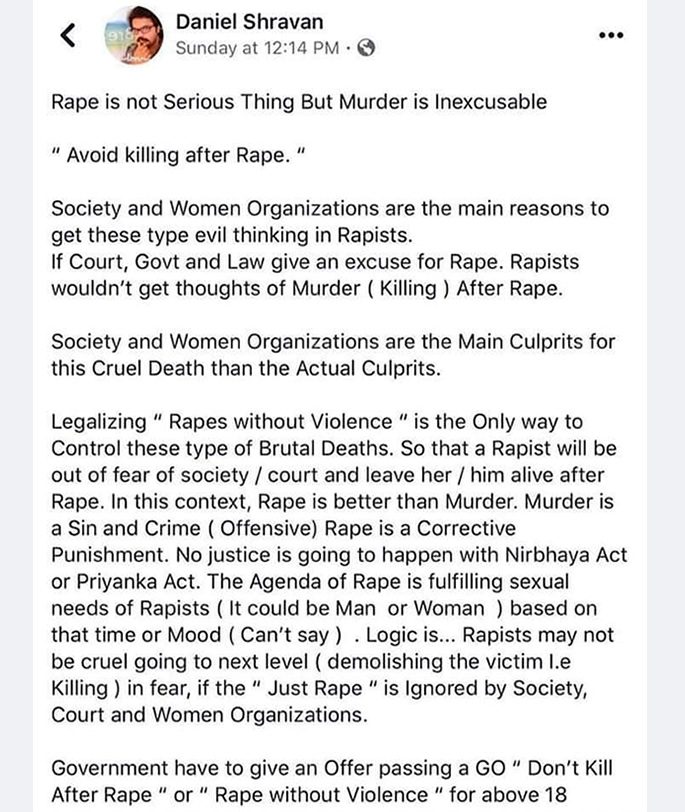 The Indian filmmaker ranted: “The government should encourage and legalise rape without violence.

“Girls above 18 should be educated on rapes and not deny the sexual desires of men.

“Indian girls should be aware of sex education and carry condoms.

“When the sexual desire is fulfilled men won’t kill. Women and the government are frightening rapists.

“Rapists are not finding a way to get their bodily sexual desires and are getting these killing thoughts. An evil thought provokes killing.

Shravan stated that Indian women should know about sex education before going on to say that when a man’s sexual desire is fulfilled, they would not kill the woman. 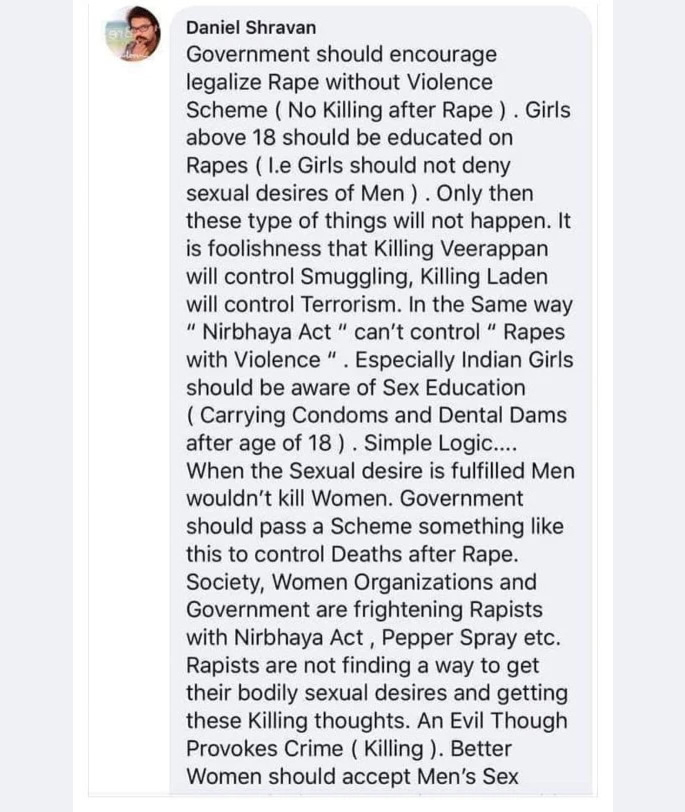 Unsurprisingly, his social media posts went viral and led to many users slamming him for his vile comments.

One person said: “What kind of sick mentality does he have? Disgusting and disturbing. I am tired of this misogyny and victim-blaming.”

As more people condemned his views, Shravan deleted the post after many social media users threatened to boycott his films.

After taking down the post, Shravan tried to claim that it was a dialogue suggestion for an upcoming film, however, users did not buy into his claim.

He has since disabled his social media accounts.

“Whoever this Daniel Shravan is: needs medical help, maybe some heavy duty whacks up his butt, will help him clear his constipated mind. Infuriating little p***k.”

Whoever this Daniel Shravan is: needs medical help, maybe some heavy duty whacks up his butt, will help him clear his constipated mind.
Infuriating little prick. https://t.co/z8WVpClKTC

One person commented: “Am I the only one feeling sick after reading this !! Someone posted his bio, seems to be educated… what is he feeding on.”

Not only were Shravan’s views condemned by social media users but they were also slammed by a woman, reported to be his mother. 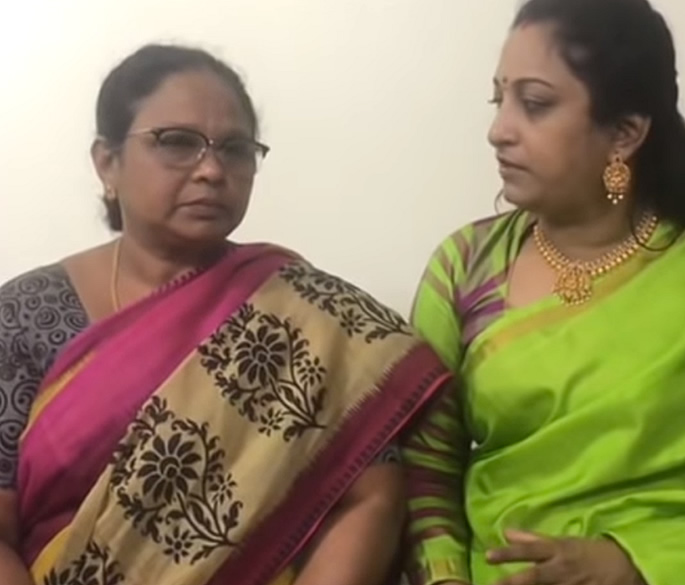 Representatives from a women’s group named ‘Narisena’ had approached the family and informed his mother of the comments.

She explained that she was shocked to hear her son’s statements and expressed her sadness at his views.

The mother went on to say that the comments have made her feel ashamed. She went on to direct her response at her son, telling him he should have never made the statements regarding any woman.

She told Shravan to apologise to all women and to seek forgiveness from them.

Dhiren is a journalism graduate with a passion for gaming, watching films and sports. He also enjoys cooking from time to time. His motto is to “Live life one day at a time.”
Sonakshi responds to Salman romancing Young Actresses
Priyanka Chopra is Honoured at Marrakech Film Festival