Shanaya Kapoor will ‘Cry’ if Directed by Karan Johar

Shanaya Kapoor is gearing towards her big Bollywood debut. She expressed how she would be overcome with joy if Karan Johar was to direct her.

“I think I would start crying if Karan ever directs me."

Budding actress, Shanaya Kapoor revealed how she would start crying if Karan Johar was ever to direct her in a Bollywood film.

Shanaya is the daughter of actor Sanjay Kapoor and Mahdeep Sandhu. She recently made her acting debut at le Bal in Paris and is excitedly waiting for her Bollywood launch.

Shanaya has made it clear that she would love to work with Karan Johar. The producer and director has introduced numerous new faces to Bollywood.

According to an interview with IANS, Shanaya Kapoor was asked whether she would want Karan Johar to launch her Bollywood career. She replied:

“I mean, yeah! I don’t think any actor would say no. He is family. He is talented and the most amazing director.

“I think I would start crying if Karan ever directs me. I would get emotional and just die.”

Previously, the aspiring actress worked alongside Karan Johar as an assistant director on the upcoming film, Gunjan Saxena: The Kargil Girl (2020). Shanaya said:

“As soon as my school was done, my dad and mum were like go to LA or New York and do a course.”

Yet, Shanaya was fixated on breaking into the film industry. She explained:

“The best education you get is by being on a film set. Karan has always been there.” 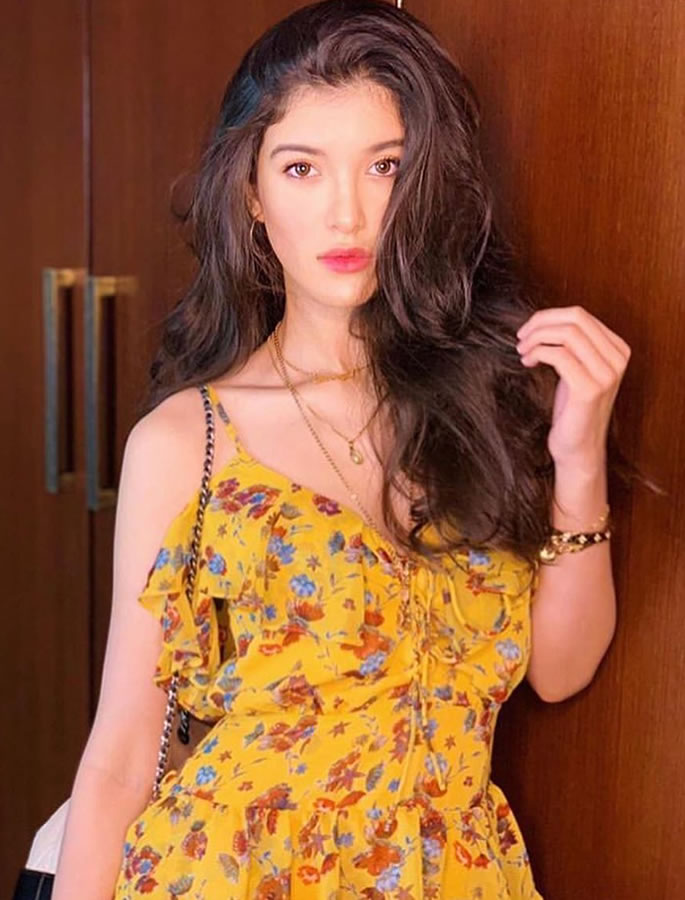 Before setting out to be an actress, Shanaya Kapoor initially wanted to be an assistant director. She recalled how Karan Johar was there to help her:

“Karan told me there is this movie that Janhvi is doing. It was a big jump from school.

“It was the best experience of my life. After being an assistant director, I realised how much work goes into making a film.

“I learnt so much about camera lenses, close-up shots, how you get into the character, how you shoot an angry scene, what are the things that actors do on set.

“All this just made me more confident of what I wanted to do.”

Despite her excitement, Shanaya is yet to sign her first film. She stated:

“I have finalised anything yet. I don’t want to rush into something, I think your first movie is like your baby, you are so protective. I am open to all kinds of scripts. I think the industry is changing rapidly.

“The movies that you don’t expect to do well, become blockbusters. It has become so content-based.”

“I am looking and trying to find someone who is making a great film. There are so many directors. It will be an honour to work with them.”

“I feel that a ball like this helps you grow as a woman. I am a young girl who is just about to start her career.

“It’s a great start for me to get that exposure. I met people from so many different cultures.” 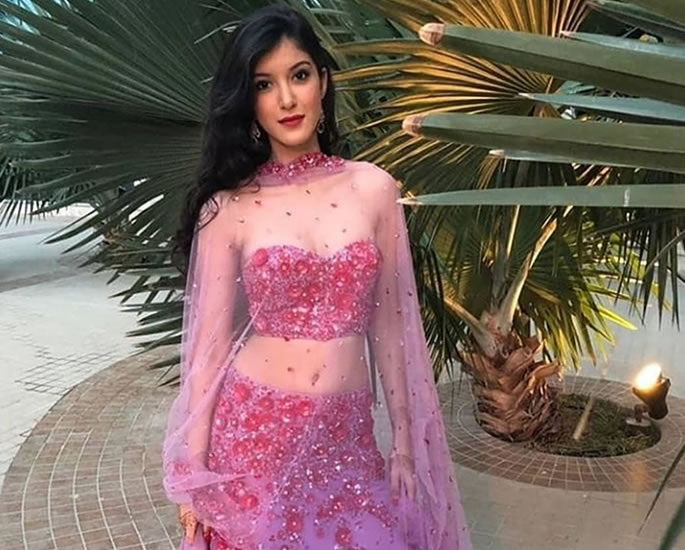 For the le Ball, Shanaya donned an exquisite red gown by Lecoanet Hemant.

She remembered a time when she was watching a film which linked to her current experience. She said:

“One day I was watching Pretty Woman (1990) and I saw Julia Roberts in a red gown. So, I got the idea from there. I also saw the light jewellery on her. It was so stunning.”

For her jewellery, Shanaya met Indian diamantaire, Harakh Mehta. He picked out a gorgeous pair of diamond earrings, a diamond cuff bangle and ring from his Raindrop Collection.

Shanaya Kapoor expressed her gratitude at being able to wear such lavish jewellery. She stated:

“I was surprised to see that I would be even wearing jewellery like that. The jewellery was so delicate and pretty.

“I wanted to keep my look very princessy, simple, chic and about me.”

Shanaya’s close friend and actress, Ananya Pandey had previously made her acting debut at the ball. Shanaya revealed how she sought guidance from Ananya. She said:

“She is like a sister to me. I asked her a lot of questions like, ‘how do you do this, what happens at the rehearsal, will I have trouble making friends?’

“She was like super chill about it. She said, ‘I was the same, freaking out, so just be yourself and have fun.’”

Shanaya was then asked whether her friend Suhana Khan who is the daughter of Shah Rukh Khan will also follow their lead. She explained:

“I think Suhana is in a different zone right now, the college zone. She is doing so well in New York.

“She is meeting so many people from different cultures. Ananya and I are focussing on our careers more.”

There is no doubt Shanaya Kapoor is eagerly waiting to make her Bollywood debut with Karan Johar. We wait to see what is in store for this aspiring actress.

Ayesha is an English graduate with an aesthetic eye. Her fascination lies in sports, fashion and beauty. Also, she does not shy away from controversial subjects. Her motto is: “no two days are the same, that is what makes life worth living.”
Priyanka Chopra is Honoured at Marrakech Film Festival
Radhika Apte reveals her Reaction to Offer of Sex Comedies