The BFI celebrates India on Film in London, and the launch of Bollywood 2.0, with a panel discussion about how cinema in India is tackling societal issues.

"Bollywood is being challenged by other cinemas."

The launch of India on Film was hosted by BBC Asian Network broadcaster, Ashanti Omkar. She was joined by film programmer, Cary Rajinder Sawhney, academic Varsha Panjwani, and film critic Mike McCahill. The enlightening, educational, and fun discussion revolved around several themes, exhibited through films being showcased as part of BFI’s India On Film season. 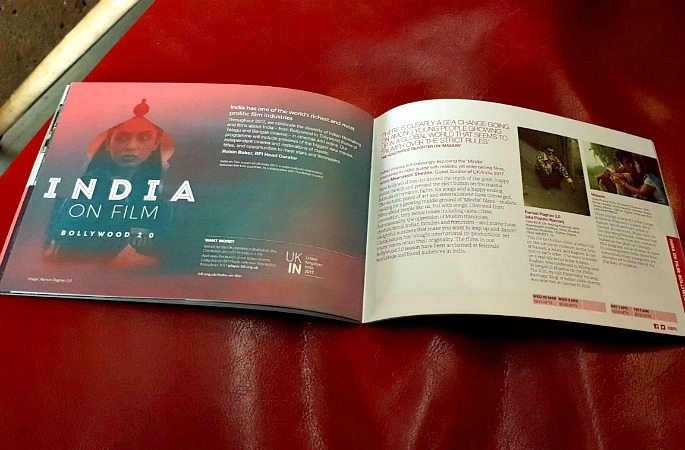 With two parts to the programme, Bollywood 2.0 and Music in Indian Cinema, BFI will screen some of the finest Bollywood releases of recent times. Such as Queen and Bajirao Mastani.

The Music in Indian cinema will celebrate the iconic beats of Indian films.

Meanwhile, at the launch of India on Film, Bollywood 2.0 consisted of non-masala themes and the more realistic issues represented within the Hindi cinema. Including race, class, gender, sexuality and politics. But of course, these realist themes include songs that make you want to get up and dance!

Kapoor and Sons is a Hindi family film like no other and is also a part of BFI’s season. That is because it represents themes that are accurate and true to life. Such as themes of love, friendship and homosexuality. The latter theme is often frowned upon by Indian cinema.

However, even though a mainstream film like Kapoor and Sons touches upon same-sex relations, Varsha Panjwani told the audience at the launch of India on Film that, this theme should be explored more in-depth:

“Now that we have a Bollywood which is so bold and is full of kissing scenes and people in bed together, its high-time we did this for the LGBTQ as well,” she says.

On the topic of LGBTQ appearing in Hindi films, Cary Rajinder Sawhney adds: 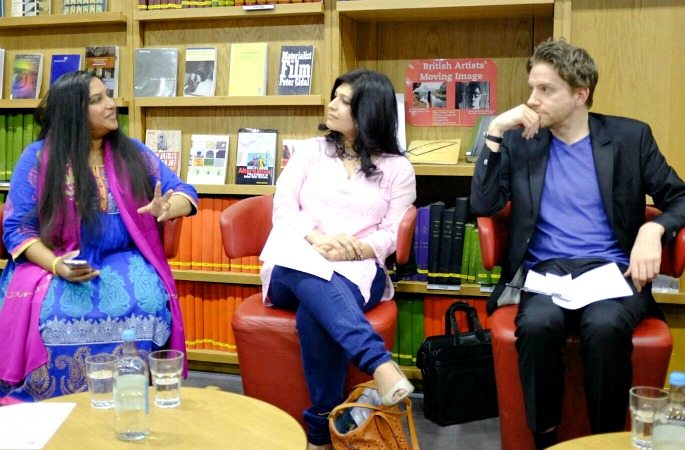 The subject of homosexuality is not just a question on same-sex, but also raises questions about gender roles in general. Varsha further says:

“Heroines now can talk about their sexuality. Unashamedly, they can confess to sexual desire – which is very refreshing. This is great for Indian cinema because there was a traditional divide between the heroines and vamps.”

Bearing in mind that heroines are portrayed as strong and independent in successful films like Queen. This highlights a shifting change in the audience for female-centric movies.

Similarly, Mike McCahill believes there is a change within the stereotypes of genders within Indian films. He explains to the audience:

“Before people were content to just play the one role. So, they wanted to play the action hero or the romantic lead. Now, you’re getting a generation of actors – who are essentially character actors, who want to play different roles.”

Then, Mike specifically mentioned how actresses like Deepika Padukone and Alia Bhatt, portray different variations of the ‘modern woman.’ Moreover, even romantic superstars like Shahrukh Khan are now portraying dynamic roles with films like Fan. This could mean Indian cinema is taking a risk, which seems to be paying off, so far.

The ‘modern woman’ does not simply refer to Indian actresses. Recently, several western heroines have emerged, gaining huge popularity. Amy Jackson, Katrina Kaif, and Kalki Koechlin were specifically mentioned at the panel discussion. These are three personalities who are considered to be popular ‘foreign’ actresses, as they can speak Tamil and Hindi fluently. This itself juxtaposes the idea that fair women are in a film for the beauty quotient.

However, Varsha then spoke about how it’s not just the Western women who are stereotyped. She feels that it is the British-Asian women in Indian cinema that are also labelled:

“This has happened in recent films too like Namastey London. Or for instance, Cocktail, where I was shocked to see the portrayal of British Indian women who, had nothing better to do than taking their clothes off!” she told the audience.

Varsha also expressed that these kinds of characters only realise their identity after being brought back to India. 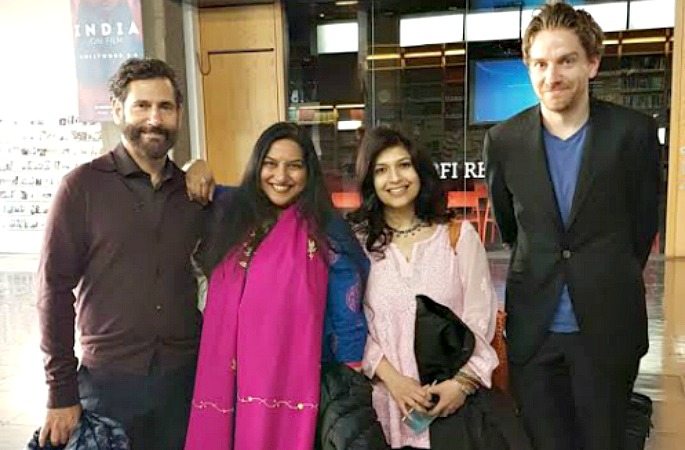 Over the years, especially recently, there has been a rise in the popularity of parallel cinema. Filmmakers like Anurag Kashyap, whom Mike addressed as the Indian ‘Francis Ford Coppola,’ have ventured into commercial cinema. Movies like Gangs of Wasseypur and Raman Raghav 2.0, also to show at the upcoming segments of India On Film, were screened at Cannes Film Festival.

The fact that Kashyap has trained other directors like Vikas Bahl and Vikramaditya Motwane, Cary established this as ‘a movement.’ Yet, not everyone prefers independent films. But, Cary believes that: “Different films are made for different audiences.”

This discussion gave the audience some great insights into how the actors and directors of Bollywood are becoming more open, yet, realistic.

The audience then participated in a Q&A and asked the guests some very interesting questions. One audience questioned whether Bollywood should focus on realism than escapism. Ashanti Omkar answered in the following way:

“The identity of Indian cinema is song and dance. That’s never going to go as we have a choice of 1000 films (a year) coming across India, I think there’s always going to be a percentage of films that will do that because that’s what draws in the audiences.”

And that is why Indian cinema cannot lose its larger-than-life narrative style!

On a closing note, at the launch of India on Film, Cary importantly states:

“Bollywood is being challenged by other cinemas. They have to compete by being original and adapting to different tastes.”

This statement establishes that Bollywood has progressed over the years and will continue to excel in the coming future.

Find out more here about India on Film.