Dev Patel leads in the Gripping Trailer for Hotel Mumbai

Dev Patel and Anupam Kher star in the harrowing trailer for Hotel Mumbai (2019). The upcoming thriller is a dramatisation of the 26/11 Mumbai attacks.

"It's about everyone in that hotel; guests and staff alike."

The heart-pounding trailer for the upcoming thriller, Hotel Mumbai (2019), released in January 2019.

A joint production of India, USA and Australia, the film is a direction of Anthony Maras. The film takes inspiration from the documentary, Surviving Mumbai (2009).

The movie tells the story of the victims and survivors from the 26/11 Mumbai attacks.

The production began shortly after the success of Patel’s Oscar nomination film, Lion (2017).

Patel and Kher respectively, take on the roles of hotel workers; a waiter, Arjun and chef Hemant Oberoi. The trailer reveals Arjun coming from a poor family with a pregnant wife and child.

When the hotel is under siege, they work together to protect the guests. 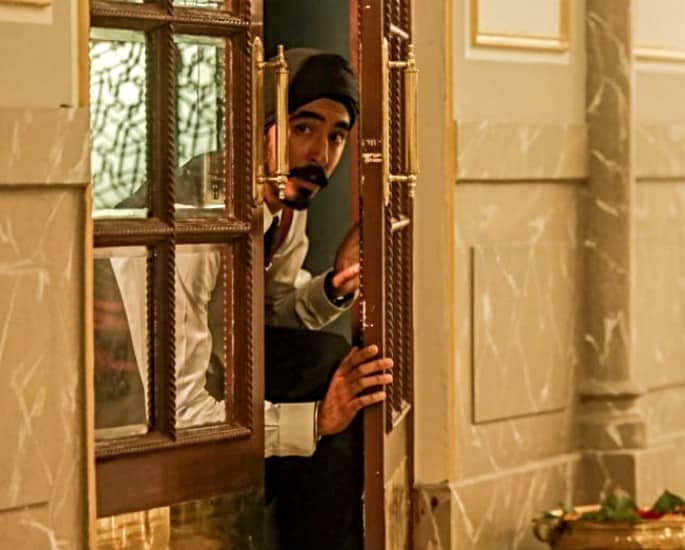 The trailer begins quite calm until the violence erupts. The chaotic fast-paced editing mimics the panicking citizens.

Audiences are also constantly feeling on edge as the protagonists frequently get into dangerous situations. They often find themselves inches away from possible death. The camera cuts before we find out.

During the siege, the common use of the close-ups and medium shots prove to be effective in conveying entrapment.

The low-key lighting heightens the drama as it reflects the emotions of the exhausted characters.

This chilling film is definitely one to watch with many sequences giving an adrenaline rush. The film also reminds viewers to remember the heroes of the gruesome real-life story.

Patel and Kher will star alongside the American heartthrob, Armie Hammer. His role as Oliver in the Oscar-award winning film, Call Me By Your Name (2017) earnt him several nominations. 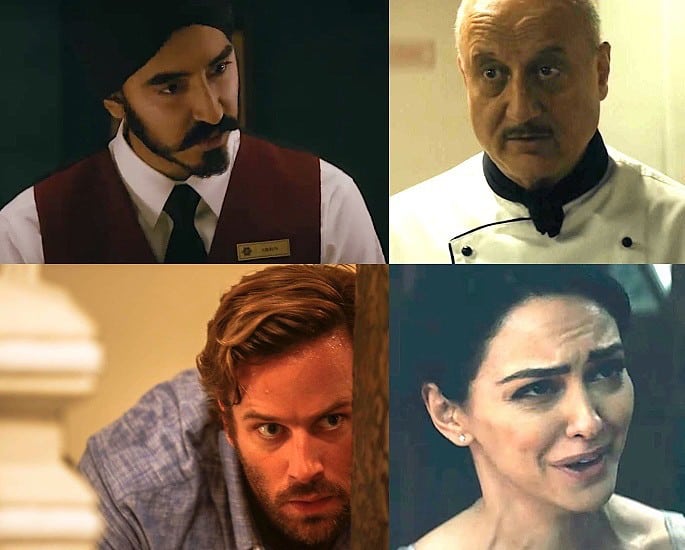 Their characters are David and Zahra, a couple with a newborn baby, who are guests at the hotel during the attack.

Suhail Nayyar, who debuted in the acclaimed Bollywood film, Udta Punjab (2016) will play one of the assailants (Abdullah).

Hotel Mumbai is shot mainly in Adelaide, Australia for the interior scenes. This is because the Taj Mahal Palace Hotel is a running business.

Therefore, the filmmakers were unable to shoot in the actual hotel where the attack took place, forcing them to look for alternative locations.

Though the filmmakers did shoot a few scenes in Mumbai.

They tweeted the trailer, along with thanking Bleecker Street films and a music collaborator, Michael Mass:

“We’re thrilled to have our track ‘Shadows Fall’ featured. Many thanks to @bleeckerstfilms @Gaijen83”

The US trailer for Anthony Maras' 'Hotel Mumbai', which tells the true story of the 2008 Taj Mahal Palace terrorist attack in Mumbai, just dropped. We're thrilled to have our track 'Shadows Fall' featured. Many thanks to @bleeckerstfilms @Gaijen83 https://t.co/JCNBJD6cEr pic.twitter.com/CNoWVKPxDk

The sound design and post-production work were completed at Adelaide Studios.

The Weinstein Company from the USA was originally going to distribute the film in North America and the UK.

However, the companies, Bleeker Street and ShivHans Pictures eventually got the rights following the Harvey Weinstein scandal.

Netflix will distribute the film in territories across South and Southeast Asia.

The Taj Mahal Palace hotel was one of the multiple locations in Mumbai that became a target on November 26, 2008.

As a result of the attaccks, 174 people, including 9 attackers got killed. Approximately 300 people did suffer wounds of some sort. 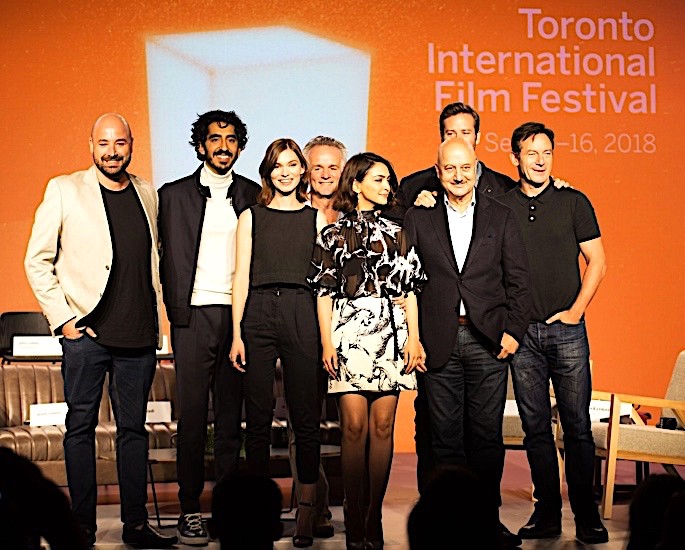 Chef Hemant Oberoi was in attendance for the premiere of the film at the 2018 Toronto International Film Festival (TIFF).

Oberoi received a standing ovation post-screening for his heroic efforts during the horrific event.

During press interviews, Patel did talk about the unity of the cast and crew mirroring the victims’ efforts during the attack. He said:

“We kind of shared the brutality. Between one person, we would have crumbled, and that’s the story of the film.

“It’s an ensemble. It’s about everyone in that hotel; guests and staff alike.”

Boniadi described the whole incident as one that brought a positive outcome with everyone rallying together to survive:

“It’s gut-wrenching to see what they went through, but the beauty of it, I suppose, if you can find the silver lining, is that it’s really about human resilience and survival, and people coming together.” 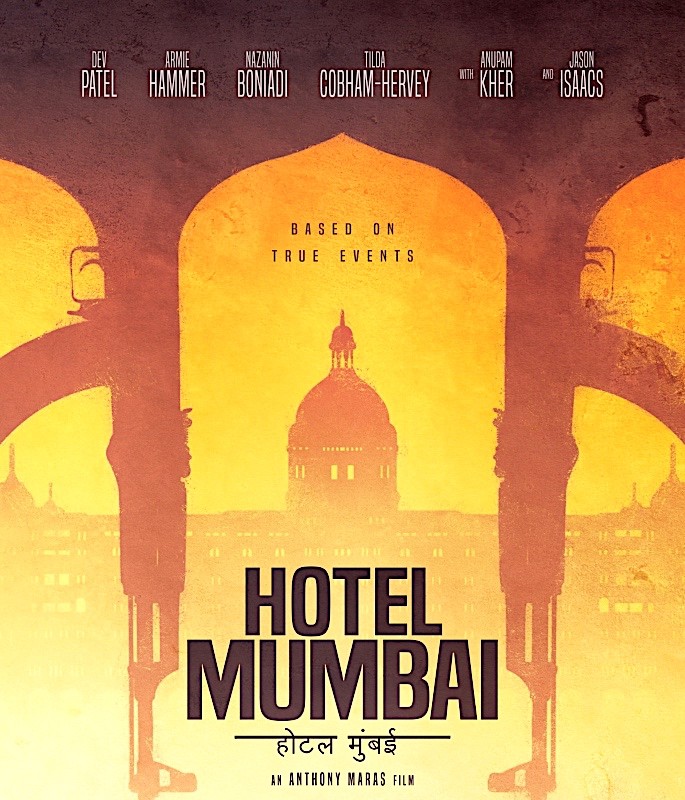 Hotel Mumbai has already received positive reviews with critics picking up on the storytelling, performances and visuals.

“Patel is subdued yet excellent in Anthony Maras’s white-knuckle retelling of the 2008 Mumbai terror attacks.”

The Wrap also gave the film a thumbs up, praising the performances of Patel, Hammer and Boniadi:

“Dev Patel, Armie Hammer and unexpected powerhouse Nazanin Boniadi lead the ensemble, which we might call a thriller were the action not hauntingly real and senselessly tragic.”

Following the trailer release on January 9, 2019, there have been many reactions on social media:

Coming soon to a theatre near you. A true story from India's very own 9/11–26/11. Watch the trailer of 'Hotel Mumbai' https://t.co/kiAuCB2NDs

A fan making a comparison of the trailer to the critically acclaimed film Neerja (2016) starring Sonam Kapoor, tweeted:

Meanwhile, the actors of the film are eager for fans to see Hotel Mumbai. Anupam Kher and Nazanin Boniadi also shared the trailer on their official Twitter accounts: 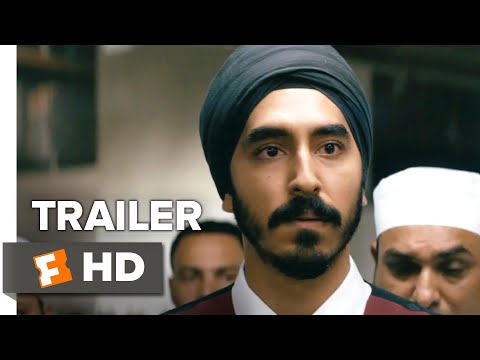 Dev Patel the main lead has constantly delivered excellent performances in films such as Slumdog Millionaire (2008) and The Second Best Exotic Marigold Hotel.

Subsequently, fans of Patel are looking forward to seeing him in a different a role, from his previous films, in Hotel Mumbai.