It appears that there was a rift between Shahid Kapoor and Ranveer Singh during the filming of Padmavaat. Does he feel threatened by Ranveer’s rise to fame?

"We were very good together, yaar."

There has been speculation that there is some tension between Shahid Kapoor and Ranveer Singh.

It may even be said that Shahid may feel threatened by Ranveer’s fast rise to stardom.

Ever since Sanjay Leela Bhansali’s Padmaavat released, there have been plenty of rumours that Ranveer and Shahid shared cold vibes on set.

It was even said that Deepika Padukone had to iron out the differences between the two men in order for shoots to go smoothly.

Shahid even admitted on Koffee with Karan that he would have wished for more screen time in the film. He also felt like an ‘outsider’ during the film’s shoot.

A decade ago it was Shahid who quickly became the golden boy of Bollywood. It is now Ranveer who has become one of Bollywood’s biggest stars.

As expected, Shahid’s comment saw a lot of people speculate about what he meant. Fans wondered if there is potential beef between the two actors.

The alleged feud was speculated after Shahid refused to be a part of the film’s celebrations after it received huge success in early 2018. 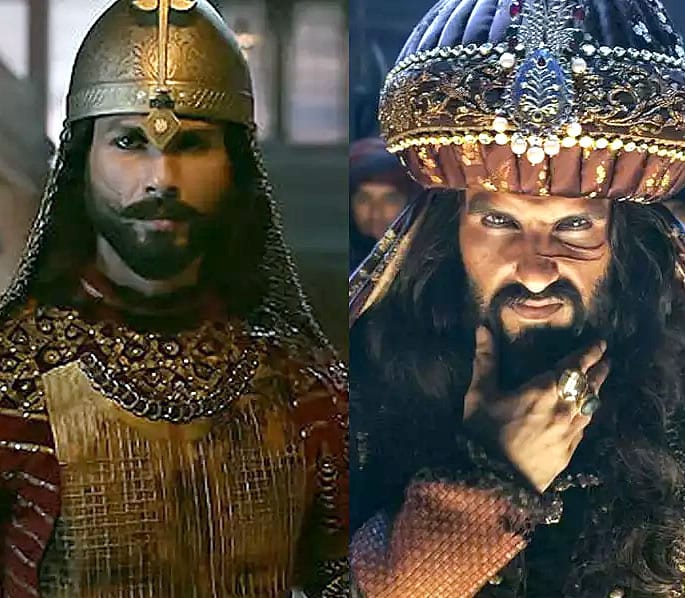 Many reports suggested he did not want to share the stage with Ranveer especially because he walked away with most of the praise.

Apparently, Shahid was left feeling a little insecure that his character did not receive much attention.

However, Shobha Sant, CEO of Bhansali Productions took to Twitter to dismiss the rumours.

She wrote: “This is fiction too. The producers, both Viacom 18 movies and Bhansali Productions are busy trying to release Padmaavat in 3 states. No time to discuss success part… as yet.”

This is #fiction too. The producers, both @Viacom18Movies and #BhansaliProductions are busy trying to release #Padmaavat in the 3 states. No time to discuss #successparty… as yet ?

However, Ranveer responded to the claims of a feud. He emphasised that all was well between him and Shahid.

He said: “We were very good together, yaar. I think we had a good time shooting for the film. Creatively fulfilling.”

Ranveer added that he did everything possible to make Shahid feel at home during the making of Padmavaat.

The actor’s statement clearly proves that he holds no grudges against Shahid. We wonder what Shahid has to say on all the talk about this alleged beef.

In the past, it appeared that Shahid has no ill will towards Ranveer when filmed together. When asked about his favourite part in the film in January 2018, he did not pick any scene with his on-screen love Deepika.

Instead, he said he loved his scenes with Ranveer. Shahid said:

“I really enjoyed working in the scenes that I and Ranveer had together. It was so much fun.”

“It’s great to do scenes where the character is so powerful and you have a really good actor doing it. And you’ve to figure out how you’re doing it. So much fun.”

On the work front, Ranveer will be next seen in Gully Boy alongside Alia Bhatt. Shahid is busy shooting for Kabir Singh, an official remake of Telugu hit Arjun Reddy.

While there have been multiple rumours of Shahid is feuding with Ranveer, both have said that they have no problem with each other.

Dhiren is a journalism graduate with a passion for gaming, watching films and sports. He also enjoys cooking from time to time. His motto is to “Live life one day at a time.”
Ek Ladki Ko Dekha Toh Aisa Laga: An Unexpected Love Story
Dev Patel leads in the Gripping Trailer for Hotel Mumbai