Anil Kapoor says Feeling Younger is down to Sex

He and Varun Dhawan will be seen together on Koffee With Karan and in a promo video, Anil makes the confession before saying:

“All that dancing has made me tired.”

Meanwhile, Varun seemed obsessed with Arjun Kapoor as he named the actor every time during the ‘rapid fire’ round.

The trailer opened with Karan asking Anil what are the three things that make him feel younger.

The actor did not hesitate and confidently replied: “Sex, sex, sex.”

Karan then moves on to a professional question, asking Varun:

“Katrina Kaif or Deepika Padukone, an actress you want to work with?”

Varun replied: “I always get told that I look like a kid.”

Karan then began to push Varun, asking: “You think they look older than you?”

Varun defended his comment and said: “I am told I look younger…”

But Karan refused to give up, stating: “That means they look older than you.”

Varun responded: “You are saying (that).”

The interaction left Anil Kapoor in fits of laughter.

The episode will also see the topic of infidelity within marriage being discussed.

“I am a very sincere, and very honest man.”

During the ‘rapid fire’ round, Varun brings up Arjun Kapoor several times.

Questions included ‘who is obsessed with gossiping’, ‘who is most likely to choose the wrong script?’, and ‘flirting with strangers’, among other questions.

The two guests will also be seen having a dance-off, however, it left Anil exhausted as he says:

“I am tired after all that dancing.”

The episode will premiere on Disney+ Hotstar on September 15, 2022. 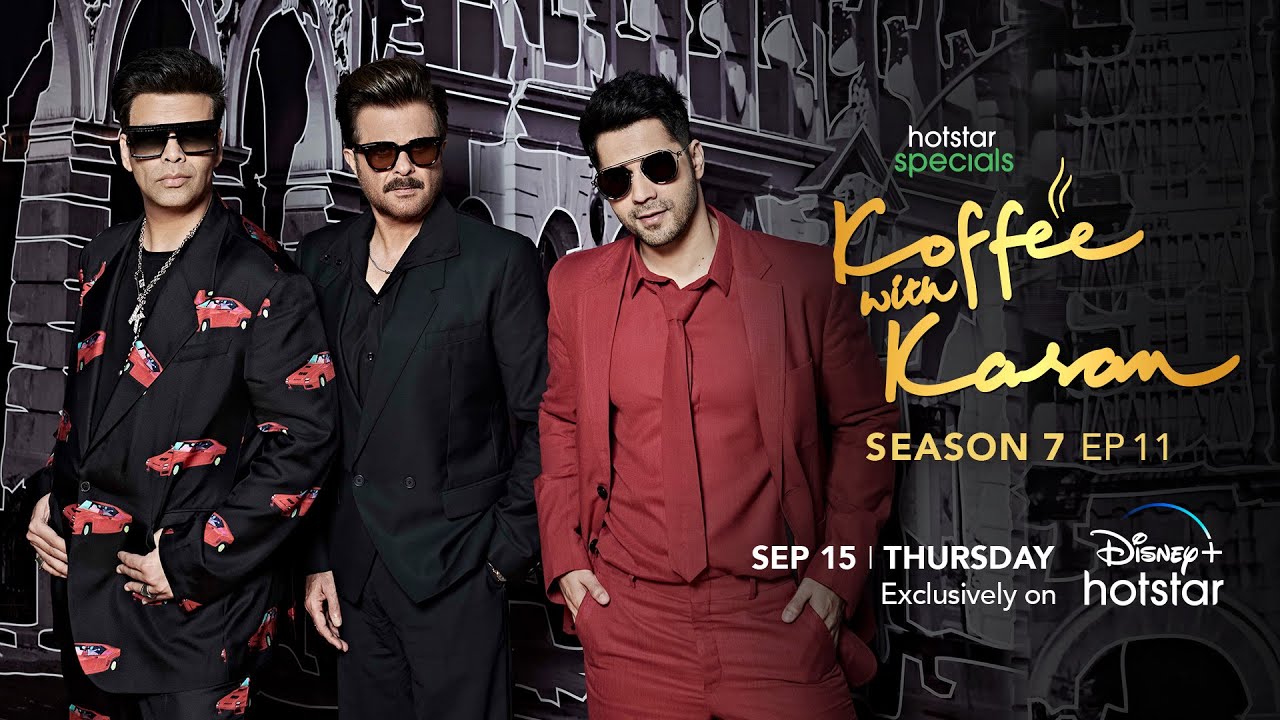 The seventh season of Koffee With Karan has seen the likes of Ranveer Singh, Janhvi Kapoor and Tiger Shroff, among others, grace the famous couch.

It has also seen a number of highlights.

In the very first episode, Ranveer Singh revealed a lot about his sex life.

He talked about having sex on his suhaagraat (wedding night) and in vanity vans. He admitted to having multiple sex playlists.

She said that she expected the hate and that she did not complain about it as the fans were invested in their life but she came to terms with it and is stronger.

Samantha also confirmed that the two did not separate on good terms and still have hard feelings for each other. She also talked about how it affected her mental health.

Dhiren is a journalism graduate with a passion for gaming, watching films and sports. He also enjoys cooking from time to time. His motto is to “Live life one day at a time.”
Sajal Aly seen as ‘Perfect Bride’ in ‘What’s Love Got To Do With It?’ trailer
Fans slam Jenny’s ‘Toxic’ Behaviour on 90 Day Fiance