Sumit and Jenny are one of 90 Day Fiance’s most popular couples but some viewers have criticised Jenny’s “toxic” behaviour as of late.

"Jenny is the toxic one. It took me years to realise."

Viewers of 90 Day Fiance criticised Jenny Slatten for her apparent toxic behaviour towards her husband Sumit.

The pair are one of the show’s most talked-about couples and their relationship has been a complicated one.

They first met online and Jenny travelled to India in the hopes of marrying Sumit.

However, it was revealed that Sumit already had a wife as a result of an arranged marriage.

Despite that, Sumit still wanted to be with Jenny, to his parent’s disapproval.

Sumit and Jenny continued to work on their relationship and eventually married in secret.

When Sumit told his parents about the marriage, they disowned him.

This has led to tension between the couple, with many alarmed at Jenny’s recent behaviour.

Jenny was not happy when Sumit’s mother disowned him, leading to her lunging out at Sumit over fears he would choose his mother over her.

A video clip showed Jenny sitting opposite Sumit before aggressively shouting in his face.

Meanwhile, a stunned Sumit asked: “Why are you yelling at me?”

Jenny’s aggression shocked viewers and it led to a mixed opinion on Reddit.

Some believed that Jenny’s behaviour was “toxic”, with one Reddit user writing:

“Jenny is the toxic one. It took me years to realise.”

Another said: “Jenny lunging like that was a straight-up jump scare. I screamed in terror.”

One person pointed out that Jenny previously threw a chair in anger.

One comment read: “I’ve always thought she was a bit manipulative/lazy/shady but just assumed the show was editing her that way.

Others stated that the relationship between Jenny and Sumit was unhealthy.

Some sided with Jenny, saying she was right to be angry after all Sumit has put her through.

One user wrote: “Sumit is such a spineless coward. Can’t stand up to his POS mommy and can’t even do the bare minimum to keep his wife happy.”

“She’s beyond frustrated, she needs to pack up and move home. Sumit will not change for her, she keeps expecting it.”

Some viewers of 90 Day Fiance believed that Jenny and Sumit should share the blame.

One person said: “Jenny is definitely messy, explosive, selfish a little, and borderline abusive with how quickly she escalates things, but Sumit is also an extreme compulsive liar and has co-dependency issues with his devil of a mother.”

Another commented: “Honestly, I think they’re both toxic.

“He’s a lying coward and she’s a selfish, immature creep. I don’t feel bad for either one of them.”

A third wrote: “I also think they’re both stupid and get irrationally angry when I see comments saying how cute they are or how loved they are as a couple.

“I will never understand why a 63-year-old woman is so desperate for acceptance by another woman her own age to screw around with her son.”

Watch the Argument on 90 Day Fiance 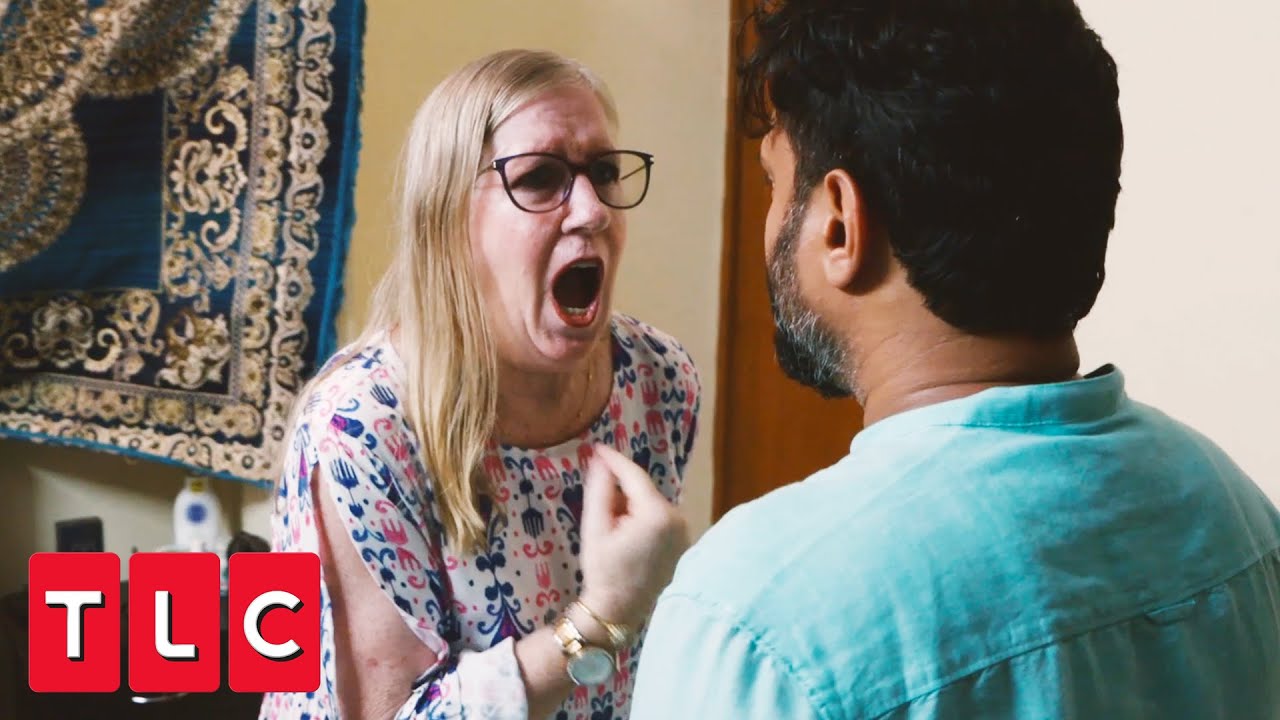 Dhiren is a journalism graduate with a passion for gaming, watching films and sports. He also enjoys cooking from time to time. His motto is to “Live life one day at a time.”
Anil Kapoor says Feeling Younger is down to Sex
Salman Khan returns for ‘Bigg Boss’ Season 16