Has 90 Day Fiance’s Jenny broken up with Sumit?

Jenny and Sumit are one of the most well-known couples on ’90 Day Fiance’ but there is speculation that they have split up.

"That’s a breakup signal to me."

Some social media users believe that 90 Day Fiancé‘s Jenny Slatten and Sumit Singh have split up.

Jenny has been in the United States without Sumit but according to fans, her new makeover is a major clue that they have broken up.

On the first season of the show, 63-year-old Jenny travelled to India to meet 33-year-old Sumit. However, she found out that he was already married.

Despite this, Sumit wanted to be with Jenny.

The second season saw Sumit going through divorce proceedings with his wife but when Jenny asked him to marry her, he got cold feet.

This was due to his parents being against their son getting to an older woman.

Sumit’s mother feared what the community would think.

When Jenny eventually pushed Sumit into marriage because her visa wouldn’t allow her to stay in India anymore, he didn’t tell his parents about it.

When they eventually found out, they disowned Sumit.

This caused tensions between Sumit and Jenny.

A few weeks ago, one fan of the show spotted Jenny on a flight from New York City to Palm Springs. They said Jenny looked sad that Sumit was not with her.

This led to rumours that the couple have split up.

Now, one fan believes that Jenny has given a massive clue that she has left Sumit for good. 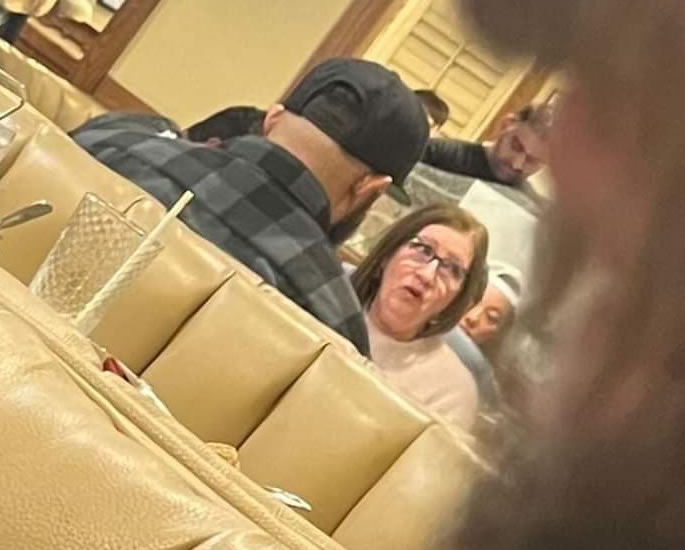 Jenny was spotted in an Indian restaurant in California sporting brown hair. She was also seen sitting with an unknown man.

It is believed that Jenny had been with her daughter at the restaurant and that the man was her daughter’s husband.

Some believed she has left Sumit, with one Reddit user commenting:

“She needs to stay here and forget the man-child.”

Another said: “Her hair is dyed. That’s a breakup signal to me.”

But others thought Jenny was just visiting relatives, pointing out that fellow 90 Day Fiancé star Kenny Niedermeier frequently visits America after getting married to Armando Rubio in Mexico.

One person said: “Good for her to be back in America and away from the Indian mess!”

“She probably comes home every once in a while to claim her social security and all that.”

Sumit and Jenny’s relationship has had a lot of ups and downs.

In one episode, Jenny and Sumit planned to take a trip to Nepal before Sumit claimed that he lost his passport.

According to Sumit, his ex-wife’s parents took it with them.

However, Sumit had learned that it was possible for him to get a new one.

Dhiren is a journalism graduate with a passion for gaming, watching films and sports. He also enjoys cooking from time to time. His motto is to “Live life one day at a time.”
Maheep Kapoor says She is Sanjay’s ‘Trophy Wife’
Ranbir Kapoor says he Struggles to Sleep with Alia Bhatt