Sajal Aly seen as ‘Perfect Bride’ in ‘What’s Love Got To Do With It?’ trailer

The trailer of ‘What’s Love Got To Do With It?’ has left fans amazed as it revolves around a Pakistani doctor and his English neighbour.

"I love to play characters that have depth."

Jemima Khan’s What’s Love Got To Do With It? is sure to give you butterflies with its less than a three-minute trailer.

Starring Sajal Aly, Shahzad Latif and Lily James in the lead roles, the film’s set in London and Lahore.

The first half of the trailer shows Kazim experiencing “love at first Skype” with Maymouna and the second is where the “big fat arranged marriage” takes place.

Like any typical extravagant wedding in Lahore, the video shows Rahat Fateh Ali Khan performing at their Mehendi.

The trailer then goes on to highlight the toxic rishta culture prevalent in Desi households as the marriage bureaus in the rom-com film pick on quirks that are both humorous and relatable.

While it’s unclear whether Zoe’s love remains one-sided or not, we do see her realise how with dating apps, she was looking for the wrong type of love all along.

Although we see less of Sajal Aly in the film, we do see a glimpse of her going from a shy bride-to-be to losing it all and dancing her heart out at the wedding.

Speaking about the role, Sajal said: “I love to play characters that have depth and define the narrative of a project and I think I am very fortunate that my character Maymouna in my international English-language debut What’s Love Got to Do with It? has also given me the same opportunity.”

Sajal last featured in Sinf-E-Ahaan and Ishq-E-Laa, which were both hits and Sajal received glowing reviews for her performances.

The actress has gathered a large following outside Pakistan, in the Middle East and in India where her powerful performance alongside late Bollywood legend Sridevi won much acclaim.

What’s Love Got To Do With It? seems like a hearty tale of friendships, one-sided romance, arranged-turned-love marriages and supportive mothers.

The film is helmed by the famed director of Love Actually and Bridget Jones’ Diary Shekhar Kapur.

Executive producers on What’s Love Got to Do with It? include Ron Halpern, Anna Marsh, Joe Naftalin, Sarmad Masud, Sarah Harvey, Lucas Webb and Katherine Pomfret.

Watch the What’s Love Got To Do With It? trailer 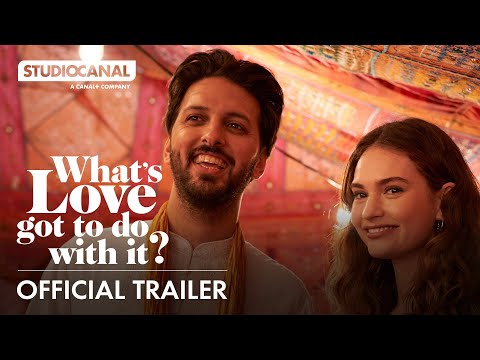 Ravinder is a Journalism BA graduate. She has a strong passion for all things fashion, beauty, and lifestyle. She also likes to watch films, read books and travel.
Has ‘Brahmastra’ broken Bollywood’s Box Office Curse?
Anil Kapoor says Feeling Younger is down to Sex