Bollywood Stars who Joined the #10yearchallenge

The #10yearchallenge has taken the Internet by storm with Bollywood stars taking part in the trend and posting pictures of themselves between 2009 and 2019.

"A decade!! High on hair dye but still resisting Botox!"

The #10yearchallenge is the first trend of 2019 is here and it is all over the internet. It has hit Bollywood with many celebrities taking part in the challenge.

Like with most internet challenges, nobody knows where it originated, but it has been a lot of fun for the stars who are posting pictures of themselves now and a decade ago.

The challenge is also being used with hashtags like#HowHardDidAgingHitYou and #GlowUp (to show how well you have aged).

The #10yearchallenge has become an engaging way for the stars to interact with their fans and it also gives them a chance to draw on nostalgia.

Producer Karan Johar was one of the first to take part in the challenge and he looks like he hasn’t aged a day. 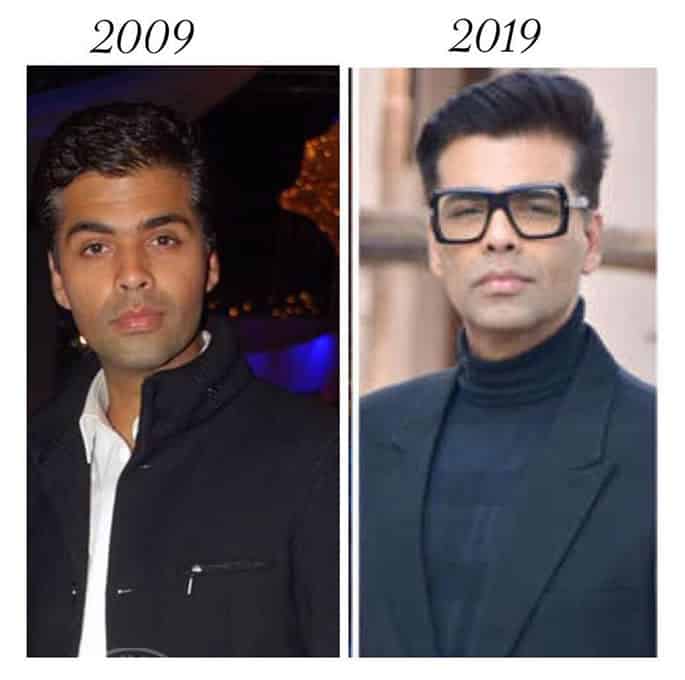 Johar, who is known for his directorial blockbuster Kuch Kuch Hota Hai, put the two pictures side-by-side on his Instagram page and captioned it with:

“A decade!! High on hair dye but still resisting Botox! I hope this feeling lasts!! #10yearchallenge.”

She posted two bikini photos and her more recent picture is from her holiday to the Maldives in 2018 where she celebrated her ninth wedding anniversary to businessman Raj Kundra. 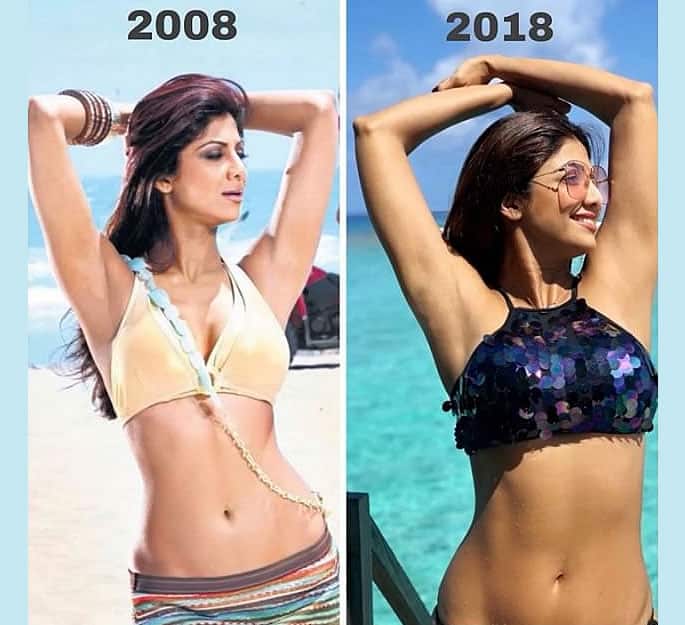 She wrote: “Bouncing into the #10yearchallenge be like. Chanced upon this old picture and realised I’m striking the same pose since 2008. 2008- Still being called ‘Baby. 2018- After a baby, that’s why I say… Yoga se hi Hoga.”

While her last film was in 2014, Shilpa has focused her efforts on health and fitness. She even released a yoga DVD.

Sonam Kapoor, who is best known for her roles in Pad Man and Veere Di Wedding, also got in on the action.

She complemented her father Anil Kapoor when she posted a picture of her now and a fresh-faced photo of her 10 years ago. 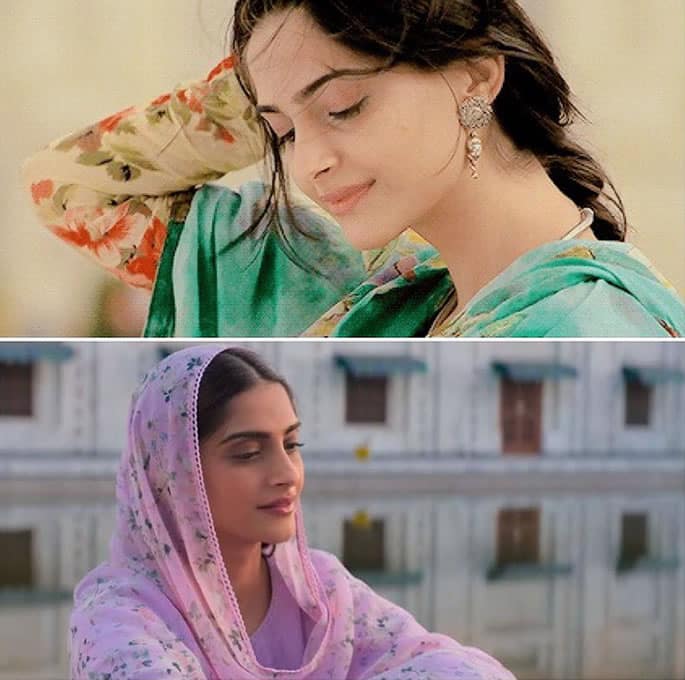 Sonam paid homage to her father and wrote: “#10yearchallenge #23to33 from DELHI 6 to ek Ladki Ko Dekha toh AISA Laga… do you think I got dads genes???”

As one of Bollywood’s highest-paid actresses, the roles don’t stop for Sonam who will star alongside her father in Ek Ladki Ko Dekha Toh Aisa Laga in 2019.

Veere Di Wedding star Kareena Kapoor Khan is also one who has taken part in the fast-growing online challenge.

Her two glamourous photos are from her appearances on Koffee with Karan, though they are set 11 years apart instead of 10. 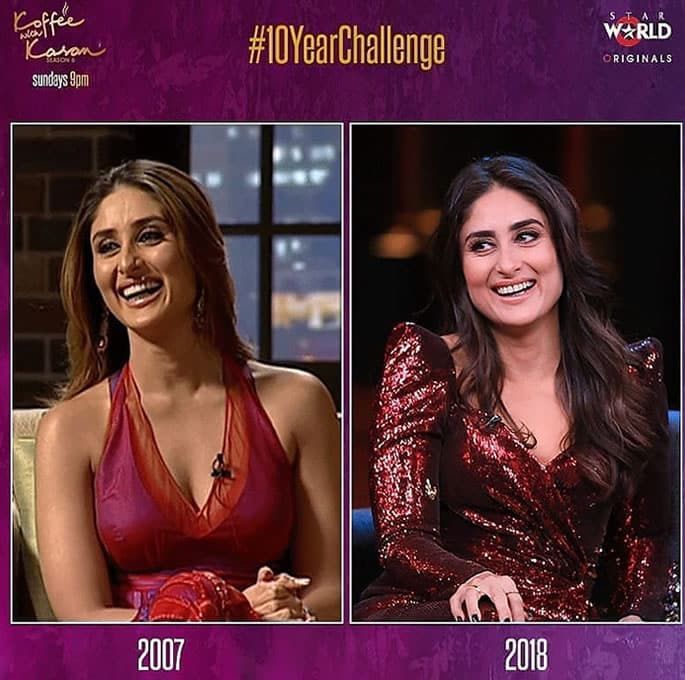 Known for her roles in Kabhi Khushi Kabhie Gham… and Dev as well as being married to Saif Ali Khan, she is a prominent figure within Bollywood.

Kareena is set to star in Raj Mehta’s project Good News and judging by these pictures, it is clear that she has not aged a day.

Actress and model Dia Mirza went for the black and white look when she posted her #10yearchallenge. 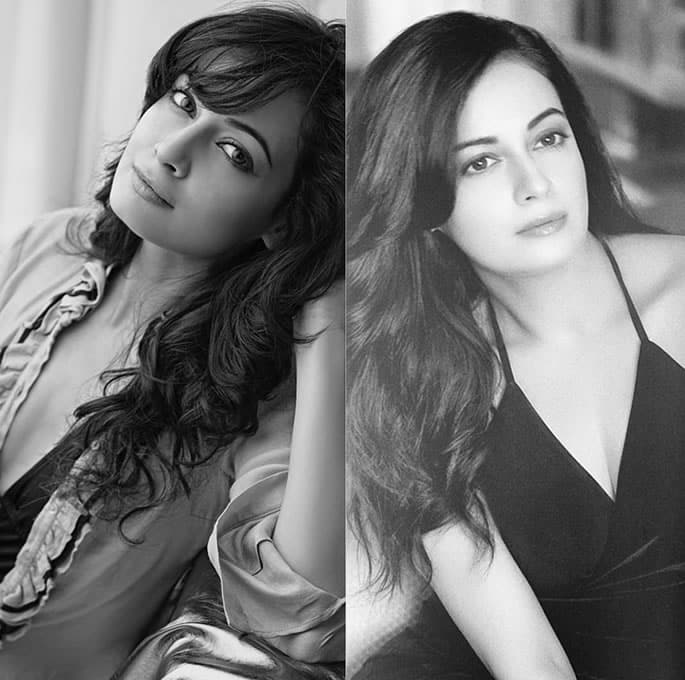 Dia, who starred in Dum and Lage Raho Munna Bhai, shared the stunning photos on her Instagram along with the message: “So here it is, my #10yearchallenge! At 27 and 37!”

Though there are no upcoming films that Dia is starring in, her last film was the highly successful Sanju and has been heavily involved in animal rights.

One of the fastest-rising Bollywood actors in Rajkummar Rao decided to join in on the fun.

Having made his name in 2014 film Queen, Rajkummar, he has quickly become one of Bollywood’s most promising actors.

He showed off his younger self alongside a more mature photo of himself. 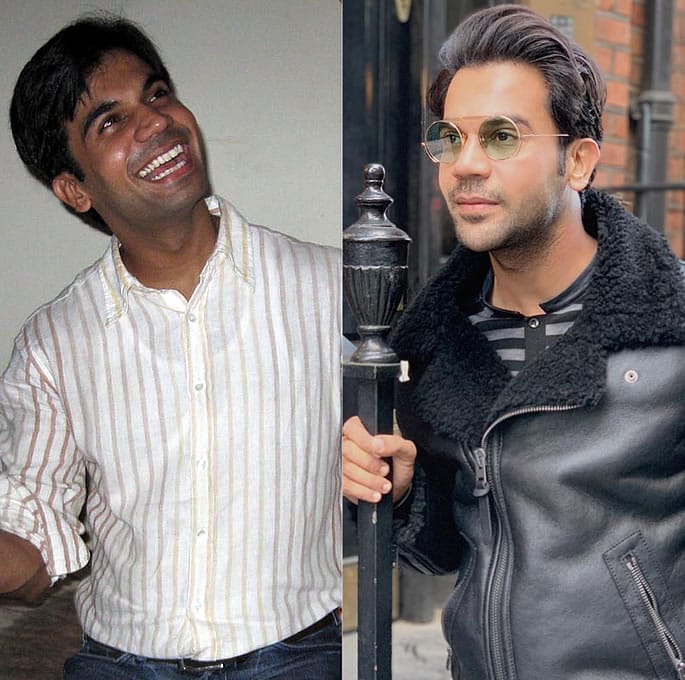 On the big screen, Rajkummar is set to play a part in Ek Ladki Ko Dekha Toh Aisa Laga, which releases in 2019.

In the 10-years, it certainly looks like the Bollywood actor has come a long way.

Bipasha Basu has gone with one picture from 2018 and the other from 2008. The actress, who made her acting debut in Ajnabee, posted two images of herself dressed in black. 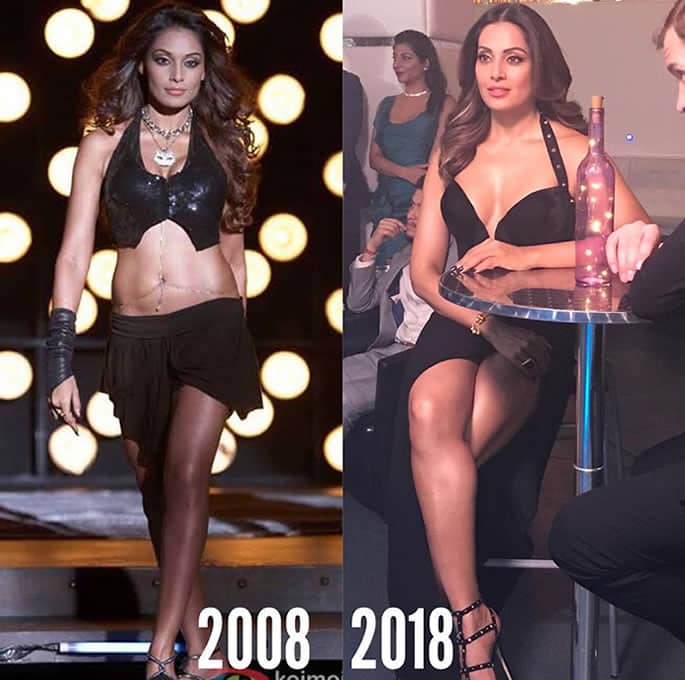 She also wrote: “#10yearchallenge seems fun… love how life makes us all go through so many phases… even in the way we look… I have no reason to complain… life has been awesome in these last 10 years… looking forward always.”

While she hasn’t starred in a film since 2015, it looks like she is making a comeback as she said “race to my new film Aadat” in her Instagram post.

Both pictures show Bipasha remains as stunning as ever, especially in her classy 2018 photo.

Indian actress, presenter and fashion designer Mandira Bedi showed off how much she has changed over the decade and the answer is not much. 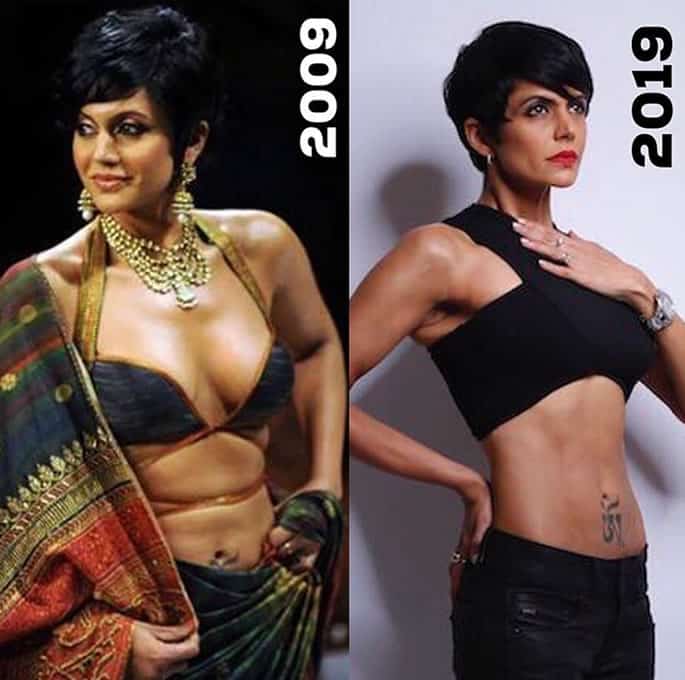 Mandira rose to fame in the 1994 TV serial Shanti and since then she went on to star in a number of films and TV programmes.

She also ventured into fashion, making her debut during the prestigious Lakme Fashion Week in 2014.

Mandira is currently filming Saaho which will release on August 15, 2019.

While many of the stars were aware of how the challenge works and was met with a positive reaction, some stars were trolled for their #10yearchallenge.

It seemed Malaika Arora made a blunder when it came to her #10yearchallenge post. 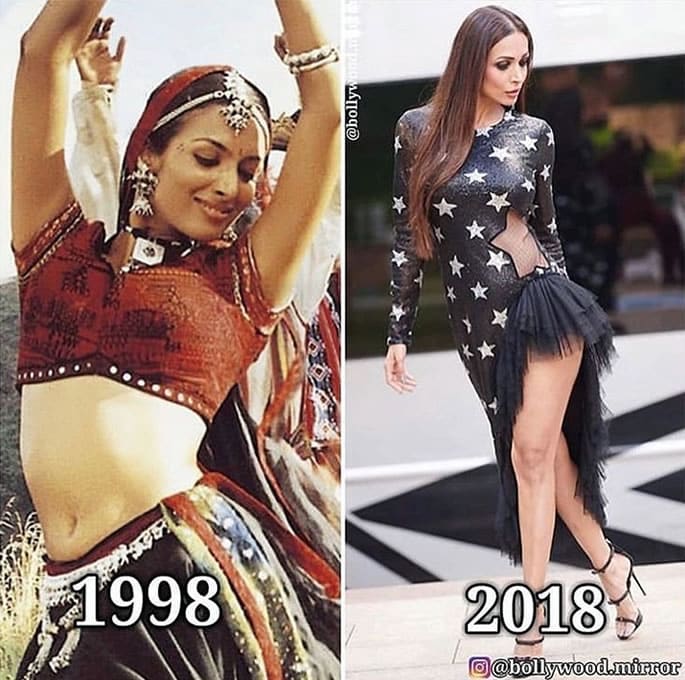 While the comparison between the two images show she is just as stunning as her other photo, if not more, the gap was in fact 20 years as opposed to 10.

Internet users were quick to notice the mistake and let Malaika know about it. They made several digs at her mathematical skills and told her to count again.

But she played it cool and rectified her mistake to #20yearchallenge.

Malaika has starred in several Bollywood films but she is best known for her dance performances within films like Om Shanti Om and Dabangg 2.

Malaika is a host and judge on India’s Got Talent and India’s Next Top Model.

It is not just Malaika who has born the brunt of internet trolls, Shruti Hassan was also made fun of.

The Indian film actress and singer posted her #10yearchallenge along with the message: “Ten years?? I always miss my bangs but I deffo don’t miss the ugly in between stage of growing them out!” 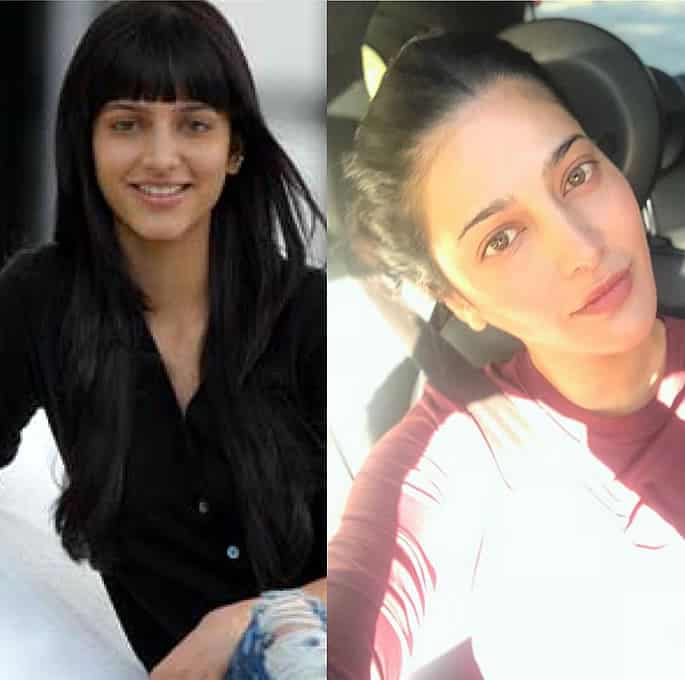 Many saw the Gabbar is Back actress’ post but some commented on her ‘cosmetic surgery’.

One user wrote “Full of plastic”, while another called her “plastic girl.”

Other comments include “Effect of surgery” and “So many surgeries on the face.”

Trolls will always have something to say when it comes to the stars posting their personal images and as with most stars, Shruti gave no replies .

Shruti is working on several Hindi, Telugu and Tamil films.

This challenge continues to grow and we get to see the comparison of our favourite stars now and 10 years ago.

It will be interesting to see what they look like from now until 2029.

Dhiren is a journalism graduate with a passion for gaming, watching films and sports. He also enjoys cooking from time to time. His motto is to “Live life one day at a time.”
Dev Patel leads in the Gripping Trailer for Hotel Mumbai
Is Pakistani actress Iman Ali getting Married Soon?