Pakistani actress and supermodel, Iman Ali is getting married according to Instagram posts shared by her friends and one by Iman with her mystery man.

"Love seeing you this happy !!! Bliss"

Pakistani supermodel and actress, Iman Ali, will be breaking hearts with the news that she will be tying the knot very soon, to a mystery man named Babar Aziz Bhatti.

The news was announced by her celebrity friends on social media.

In the video, you can see HSY dancing with Iman Ali, choreographer Gohar Hayat and many of their other friends. They are doing a dance rehearsal which seems like it is for her dholki ceremony.

In his caption HSY wrote:

Then, Gohar also shared a post with an image of him and Iman Ali on his Instagram indicating the wedding is happening. The caption said:  “A moment out of crazy dance rehearsal of Anarkali’s @imanalyofficial Wedding…..”

However, when Iman Ali posted an image on her Instagram, fans went wild to have the news confirmed by her and the post contained a photo of her embracing her man, Babar Aziz Bhatti.

Below which she wrote: “The one @babarbhatti”

The image shows Iman and Babar spending time together.

According to Dawn Images, the couple is set to get married on February 21, 2019.

Reactions from fans to the post were plenty and full of joy and of course heartbreak for some!

kanwal_akif said: “wish u all the best” 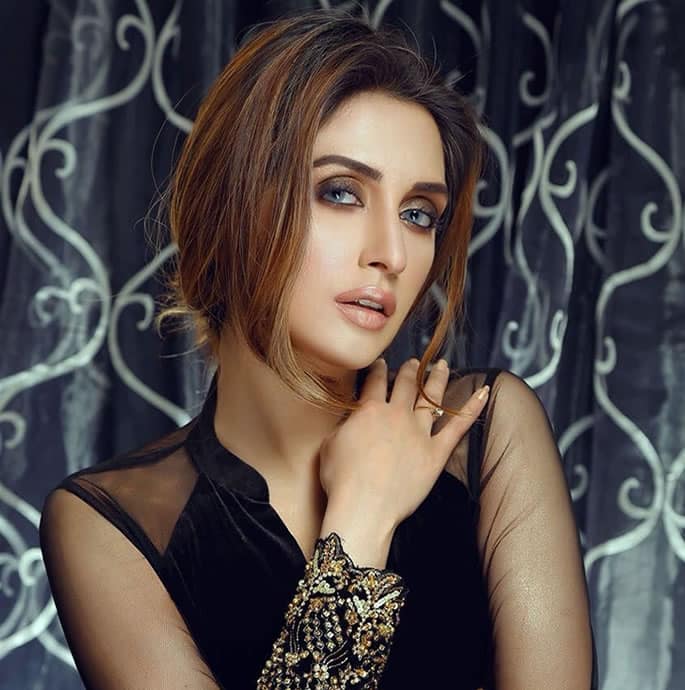 Iman Ali is the daughter of the illustrious Pakistani actor, Abid Ali.

Ali has been the face of many highly recognised beauty campaigns. She started her acting career in the late 1990s appearing in Pakistani TV dramas.

Iman then moved onto film and starred in the hit Khuda Ke Liye in 2007 made by the highly respected Pakistani filmmaker Shoaib Mansoor. She won the Lux Style Awards Best Actress award for this debut.

Subsequently, she appeared in the award-winning Film Bol (2011) alongside Mahira Khan, Humaima Malik and Atif Aslam, and played the character of Mahtab in Mah-e-Mir (2016).

There is not much information on her beau, Babar. According to his Facebook page, he is based in Toronto with roots from Lahore. He graduated at Aitchison College in Lahore and Tufts University. He is a Director Green Earth Canada.

No doubt the wedding of Iman Ali and Babar Aziz Bhatti will be a grand affair in Pakistan judging from the dance rehearsals already in full swing!

We can’t wait to see what she will be wearing and could it be that her outfit will be designed by HSY?

Nazhat is an ambitious 'Desi' woman with interests in news and lifestyle. As a writer with a determined journalistic flair, she firmly believes in the motto "an investment in knowledge pays the best interest," by Benjamin Franklin.
Bollywood Stars who Joined the #10yearchallenge
10 Successful British Pakistanis in TV and Media