Bollywood icon Amitabh Bachchan has revealed what has changed since Aishwarya became part of the family. Find out what he had to say.

"it was like one daughter left and another one came in."

Amitabh Bachchan has spoken about how the family dynamics have changed since Aishwarya Rai married Abhishek in 2007.

Ever since Abhishek and Aishwarya got married, they have been the top Bollywood power couple and the Bachchan family remains one of the most respected in Bollywood.

The actor remains one of Bollywood’s most recognised stars but he is also a doting husband, father and grandfather.

Now Amitabh has revealed what has changed in the family since Aishwarya became a part.

During his appearance on the season finale of Starry Nights 2.Oh! the legendary actor was asked if anything changed. He said:

“Nothing has changed for us, it was like one daughter left and another one came in.”

His reply shows that he has a great deal of care towards Aishwarya and treats her the same as his daughter Shweta.

The actor also spoke the love he has for his grandchildren and enjoys spoiling them. Aishwarya and Abhishek are parents to Aaradhya while Shweta is a mother to Navya and Agastya. 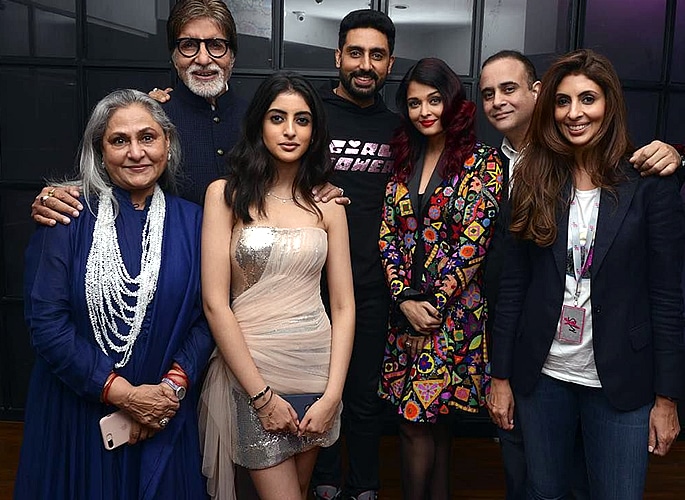 If Amitabh wants to spoil them, he will and no one can stop him as he revealed:

“I’ve loved all of them. When I want to spoil my grandkids, I’m so authoritative that their parents dare not oppose me.”

He also revealed that Aaradhya loves coming by his work desk and it is a “beautiful experience”.

“Aaradhya will still come and destroy my working desk, as she wants to use this pen and wants to write things and wants to play with the laptop. It brings immense joy and is a beautiful experience.”

On the chat show, Big B also spoke about a number of different aspects within films such as his iconic dialogues and much things have changed.

He said: “The dialogues do not seem as finesse as today’s generation pulling incredible scenes with ease, but I am happy that my fans still like it.”

Amitabh added: “There are a lot more ladies on the sets today, in our time there were just two – the leading lady and the mother.

“Today, it’s absolutely wonderful to see these young girls working in all kinds of departments.”

On the work front, Amitabh Bachchan will star in Brahmastra alongside Ranbir Kapoor and Alia Bhatt.

Dhiren is a journalism graduate with a passion for gaming, watching films and sports. He also enjoys cooking from time to time. His motto is to “Live life one day at a time.”
20 Top Bollywood Comedy Films to Make you LOL!
Shila Iqbal axed from Emmerdale for Old Racist Tweets