Navya Naveli Nanda, the granddaughter of Bollywood legend Amitabh Bachchan, has fallen victim to body shaming. Her mother reveals in a letter.

“It is the worst kind of bullying because it leaves the most lasting impact!”

As part of her regular column posted by her mother Shweta Bachchan Nanda on DNA, she condemns the bullies who attack Navya.

The young girl studying in the UK, who has just turned 18, is made to feel bad for being too skinny.

Shweta writes: “My immediate reaction was one of utter rage!

“You bring your kids up with such love and care, not a day goes by when you don’t tell them or remind them in different ways just how wonderful they are.

“And then, someone callously brings it all crashing down and their only authority is that they are your child’s peer and their word will, for a while, mean more to them than manna from heaven.

“It is the worst kind of bullying, simply because it leaves the most lasting impact!!” 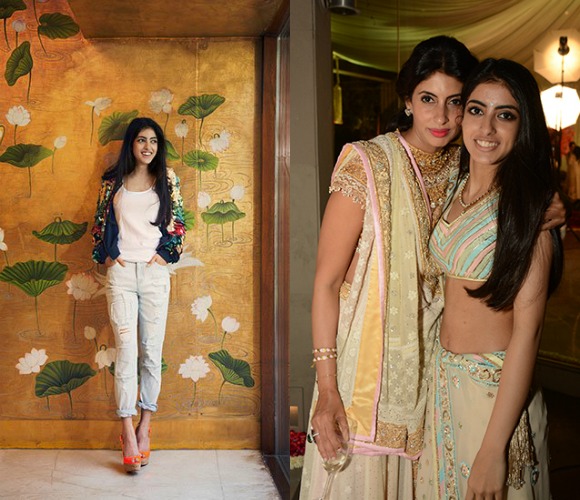 The 41-year-old mother seems to really understand what her teenage daughter is going through, as Shweta herself was once a victim, too.

She recalls her terrible experience in school where she was nicknamed ‘Big Bird’, after causing a small accident during Chemistry class:

“Dressed in all yellow, I knocked over a test tube with something vile and frothy in it, and managed to burn a little hole in my partner’s folder.

“He was naturally livid and told me to ‘stop flapping about like Big Bird’.”

Even though this happened at a time when our lives were not monitored by social media, Shweta felt incredibly shameful of such name-calling and her awkward appearance.

Describing a younger self, she writes: “Painfully thin, gawky, with limbs that were growing faster than I knew what to do with… and then there was acne. It’s a miracle I ever left the house.” 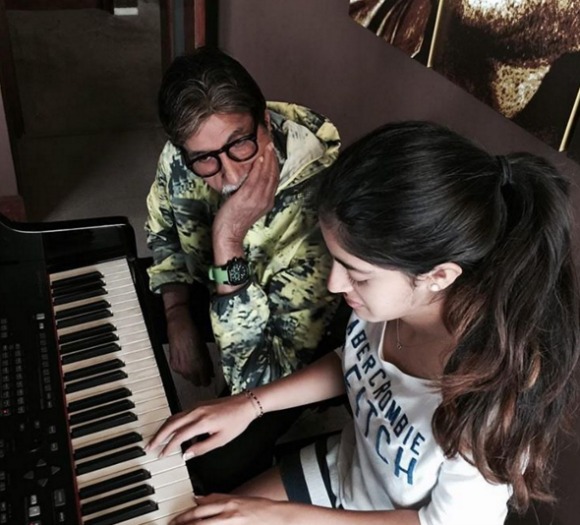 This is all the more reason it breaks her heart to hear Navya, who reportedly studies at Sevenoaks School in Kent, cry over the phone about the incident.

Navya has recently received singing praises for her beautiful appearance at Parisian Le Bal des Débutantes, where she dons a Dior couture gown.

The highly exclusive event is known for selecting attendees based on their looks. Shweta echoes:

“She is everything I would have loved to look like at age 18. Beautiful long hair, delicate nose, long lashes and elegant artistic hands… a perfect collection of atoms, but more importantly, she has a heart that is equally soft and brave.” 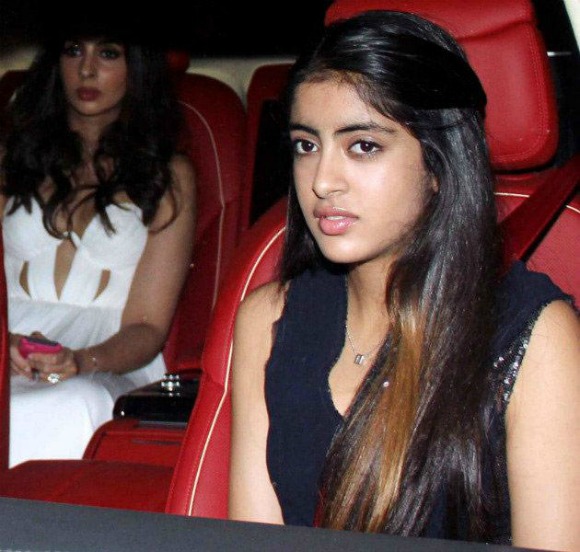 Shweta like any mother is going to always have a worry about her daughter. But being from a family that is hugely famous globally, makes it even harder. She writes:

“I ring her phone, she picks up, stifling her tears, I can feel her pain and my heart breaks a little more… I tell her this isn’t going to be the last time someone will be hurtful to her, but she cannot let the world define who she is. She is born into a family that prides itself on defying conventions.”

“She won’t understand what I mean till she herself is much older, but has the sensitivity to make me feel she does.”

Body shaming has been taken to new heights with the boom of social networking sites and the increasing focus on body image.

Celebrities could be attributed for kicking off the trend, but even they are not immune to being judged and criticised by the online community.

The record-smashing singer tells Australia’s 60 Minutes: “I’ve always been asked questions about my body and my weight and my size and my style and stuff like that.

“And I totally understand. It’s a little bit annoying that men don’t get asked that question as much.

“But other than that it seemed to astound people that I was plus size and being successful, that was how I felt.”

Then, there is the modelling world. Where we are so use to seeing very thin models are being blamed for being too skinny and not being representative of women in general.

The industry of Navy’s grandfather has also changed dramatically over the decades. The Bollywood image of women from the voluptuous actresses from the 60s and 70s to the more gym obsessed starlets of today who are looking much more toned, is an example of how body image is promoted in Indian cinema.

So, either way the attack on women and their bodies seems to be fueled heavily as to how media, fashion and the entertainment industries portray women should look, rather than the obvious fact that they come in all shapes and sizes.

As Navya officially enters adulthood, her mother can only take joy in thinking: “Welcome to the world baby girl, learn to roll with the punches, it is the first lesson of adulthood.”