She moved to New York when she was 17 to pursue a career in modelling.

Beautiful models and Angels modelled in the catwalk and amongst them was Shanina Shaik.

The Australian-born model with Pakistani heritage has already appeared three times in the show since her debut in 2010.

“I’m so grateful for this moment and so honored to walk in the#VSFashionShow.

“Thank you @victoriassecret @ed_razek#monicamitro @10magazine for all your hard work and dedication into this amazing production and lastly for believing in me.” 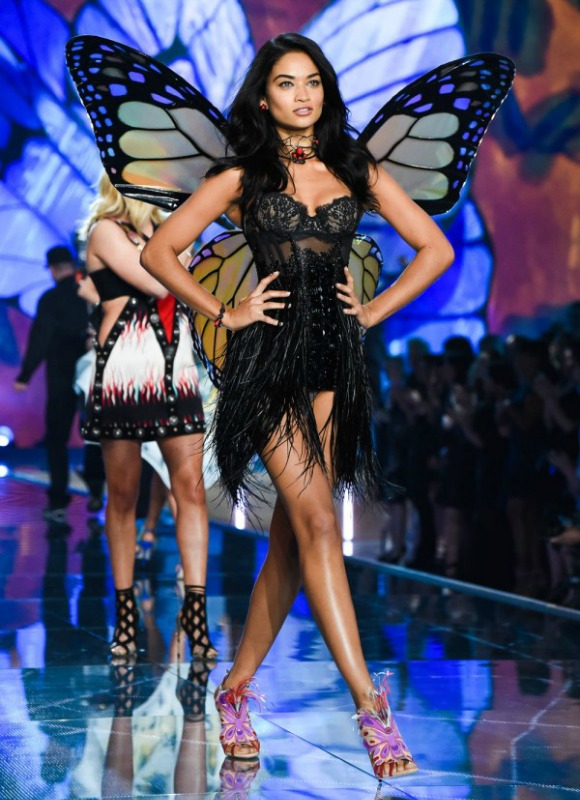 Shanina was spotted at the after party wearing a striking low-cut white dress, paired with silver strappy heels matching beautifully.

Without taking anything away from the outfit, she styled her long dark locks into a high ponytail.

She was joined by boyfriend, DJ Ruckus, who had previously been at the VS show supporting her.

Accompanied by first-time Angels Kendall Jenner and Gigi Hadid, the after party was buzzing with famous names and gorgeous models. 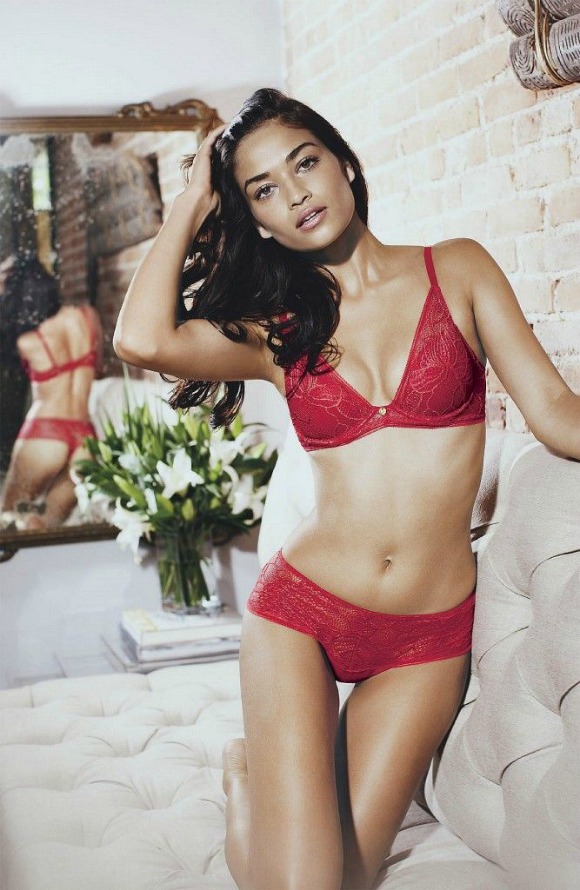 Shanina was born in Melbourne to a Lithuanian-Australian mother and a Pakistani-Saudi Arabian father.

She moved to New York when she was 17 to pursue a career in modelling.

Shanina recently confesses her love for food before hitting the runway – unlike VS regular Adriana Lima who said she would not eat solids for nine days before a show.

The 24-year-old tells The Kyle And Jackie O Show that the Angels all have a sit-down meal before strutting their stuff on the catwalk:

“There’s breakfast, we have lunch and we have a dinner before the show starts. We need to keep our energy up so it is important that we do that.”

Of course, to keep herself in shape, Shanina has been sticking to a strict diet which is mostly vegan but high in protein.

She adds: “I like to eat a lot of protein and vegetables, and drink lots of water.”

The Desi babe also lets loose as she has a soft spot for something a little sweeter, saying: “I love my food, I love chocolate, I like ice cream, so I’ll eat it every now and then.” 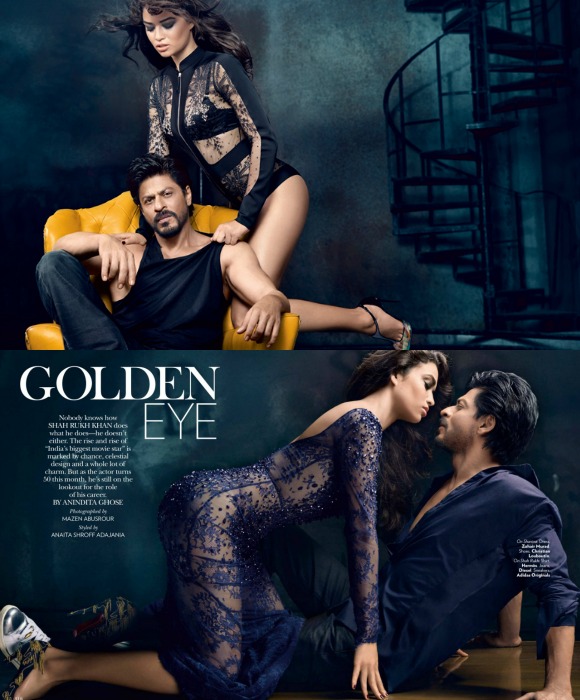 Shanina has been making noise outside the fashion world, with her recent cover shoot and editorial spread with Shahrukh Khan for Vogue India.

The pair is snapped in a sexy shoot celebrating the Bollywood superstar’s 50th birthday, where Shanina sports a Fall-Winter Ready-to-Wear navy dress embroidered with sequins.

Together with her fame and success on the runway, this stunning shoot has certainly put Shanina more widely on the map.

The Victoria’s Secret Fashion Show 2015 has been another tremendous success, with stellar performances by Ellie Goulding, The Weeknd and Selena Gomez.