The shoot for Diljit Dosanjh’s ‘Arjun Patiala’ is finally complete! Starring alongside Sunny Leone, the quirky comedy will be released September 13th 2018.

"If this film works, we would be happy to spin a franchise with Arjun, Onida and Ritu,"

With Arjun Patiala all wrapped up, cast members including the Soorma-star Diljit Dosanjh, Sunny Leone, Kriti Sanon and Varun Sharma celebrated together.

The upcoming comedy is set to hit cinemas September 13th 2018. In the film, we see an array of well-known actors including Diljit, Kriti and Varun who take on prominent roles.

Diljit Dosanjh plays the policeman and titular role of Arjun Patiala, whilst Varun adopts the role of his sarcastic friend. Alongside Varun and Diljit, Kriti is a news-hungry reporter.

Actress and model Sunny Leone will also play a part in the comedy. We will see her feature in a song as well as playing the part of the beautiful Baby Narula.

Now the shoot has finished, Varun and Diljit have taken to Instagram to share some pics with their fans. The pictures show themselves and the cast celebrating the culmination of all their hard work. 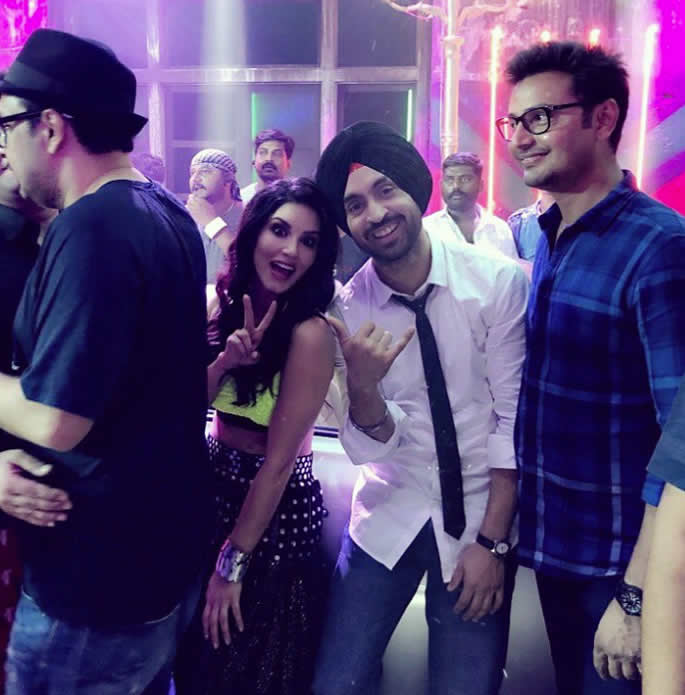 Sunny was easy to spot in the midst of the cast photos in a neon yellow top as she joined in with some celebratory pictures.

As well as having a song in the small-town comedy, the actress is playing the role of Baby Narula.

Baby Narula is a beauty Parlour owner and is aided by Arjun Patiala (played by Diljit Dosanjh) in the film. In a recent interview, the film’s producer spoke about Sunny’s character, saying:

“In a special appearance, Sunny plays a small town beautiful and traditional Punjabi girl which is very close to what Sunny’s core is,”

We are truly excited to see what Sunny can add to this comedy. 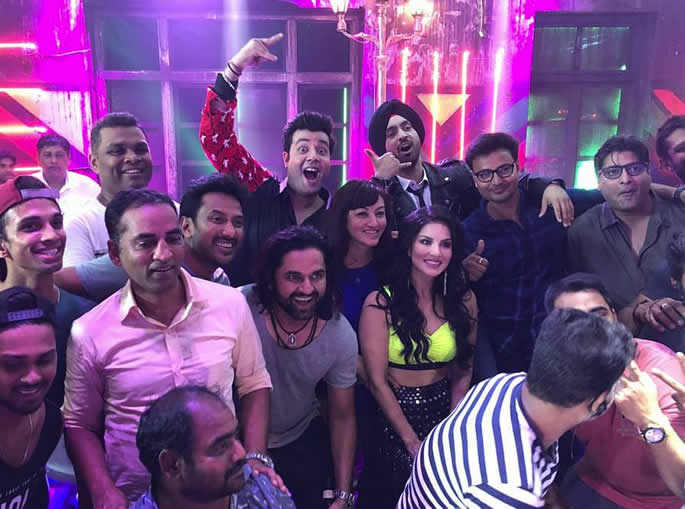 Varun Sharma, who plays the role of sarcastic friend to Diljit’s character, shared a picture of the crew. Alongside the picture, he stated that shooting for the film had finished on his social media.

All of the crew looked over-joyed at having finished. They huddled together for a group photo of the cast, posing and smiling.

Despite the overwhelming happiness, we couldn’t help but notice that Kriti Sanon was nowhere to be seen. In the comedy, Kriti owns a television channel and plays an eager reporter.

Despite the lead actress mysteriously missing from the photos, celebrations continued as it was smiles all around for the elated crew. 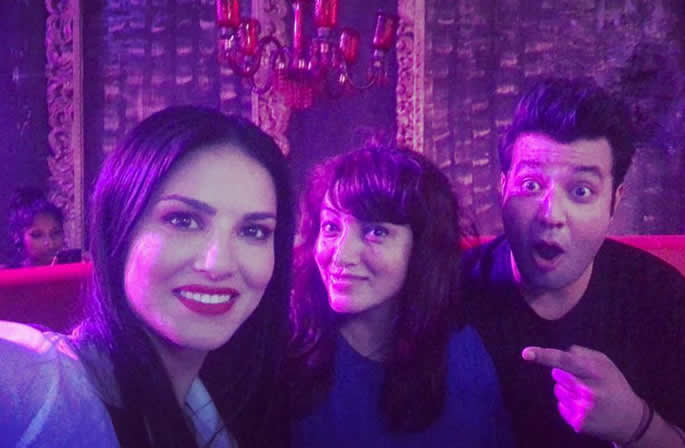 Directed by Rohit Jugraj, the film is also co-produced by Bhushan Kumar and Dinesh Vijan. In a previous media interview, Dinesh had said about the film:

“We believe in doing something different every time and since we have never attempted an out-and-out comedy before, we decided to experiment with one which is more situational than slapstick.

“If this film works, we would be happy to spin a franchise with Arjun, Onida and Ritu returning as the principal players. We already have an idea for Part 2 and like ‘Golmaal’ and ‘Fukrey’, Arjun will be back with a Patiala peg every couple of years,”

Whilst a franchise may already be in consideration, we are yet to see the film. So, perhaps it is too early to get excited about a ‘Part 2’.

However, the team seemed to have worked hard since shooting for the film began, indicated by how happy and relived all of the actors look in the shared pictures.

Even though we didn’t get to see Kriti Sanon in these happy pics, we are still looking forward to the release of the comedy-drama with plenty of anticipation.