Atual Mustafa a violent and abusive man has been sentenced to life imprisonment with a minimum of 32 years for murdering Sohbia Khan. A woman from Bradford he enticed and “lured” to move in with him in Derby.

“I walked upstairs, not knowing what I was walking in to.”

Atual Mustafa, aged 35, has been found guilty and jailed for life for murdering Sohbia Tabasim Khan, aged 37, a woman originally from Bradford, who was “lured” to come and live with him in Derby.

The jury at the four-week trial at Derby Crown Court heard how Atual was abusive and extremely violent towards Sohbia on a “savage scale” after she moved to have a relationship with him.

On May 3, 2018, Atual Mustafa was given a life sentence with a minimum of 32 years by the judge Justice Susan Carr, saying:

“I am satisfied this was a murder involving sadistic conduct with sexual overtones.”

Mustafa who was in the dock, smiled as he was sentenced.

The minimum sentence of 32 years means it will be for the parole board to decide when he can be released.

However, Justice Carr did say Mustafa “may never be released”.

On May 1, 2018, it took the jury only 45 minutes to find Atual Mustafa guilty of the murder of Sohbia Khan. There was no reaction from Mustafa to the jury’s verdict.

Miss Khan’s body was found in the bathroom of their home Pear Tree Crescent, Normanton, Derby, on May 28, 2017.

A Home Office pathologist, Dr Michael Biggs, revealed the findings in court of a post-mortem examination that was carried out on Miss Khan, saying she was found with around 36 “recent” or “fresh” injuries on different parts of her body.

It was revealed that Atual beat Sohbia severely and also attacked her with an iron.

Sohbia’s horrific injuries included burn marks, a black left eye, bruising to her cheek area, chin, right breast, abdomen, hips, thighs, arms, shoulders and calf. She had “one big bruise” on the back of one of her arm’s.

Dr Biggs revealed the injuries were not from a “single incident” and most likely took place at different times, also confirming that Sohbia had “multiple incidents of head injury over a period of time”.

Dr Biggs agreed that her death was most likely due to an “inflicted injury”.

The trial heard Mustafa’s mother, Faqraz Bi, give evidence of how she found Sohbia’s body in the bathroom at his home after Mustafa took her there, she said:

“He put me in his black car and drove it to his address. I knew the house to be Atual’s. When we got to his address he opened the car door for me. He then opened his (house) door. Once inside the house, he told me to go upstairs.

“I walked upstairs, not knowing what I was walking in to.”

“I went straight into shock. I placed my hand on her forehead and said Sohbia, ‘What are you doing taking a bath’?”.

Ms Bi said in her statement that she told her son:

“You have killed her.”

She said that Atual denied it and kept on saying:

“I did not kill her, she’s only unconscious”. 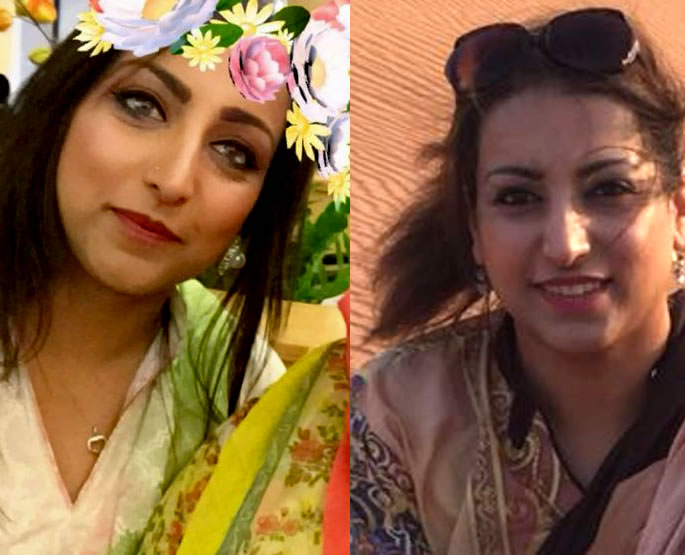 Atual’s mother also feared for her own life saying she hoped her son “would not kill me” and “I was so terrified.”

She told her son she did not want to see his face, saying: “I said to him why did you do this? But he would not reply back.”

It was his mother who told another family member to call the police and added:

“I am so upset. Atual should have died, not Sohbia.”

Atual Mustafa appeared at Nottingham Crown Court for a hearing when he was originally accused of murder before this trial.

There was also evidence of Miss Khan making a phone call to her family before she died, saying “please help me”.

He was asked if his sister was “confident, clever, intelligent and bubbly”. To which Mr Khan agreed.

Mr Auty described Atual as “controlling” and told the court:

“The day after Sohbia left Bradford for Derby, all her Facebook, WhatsApp and Snapchat [accounts] were deactivated.”

Which was opposite to what Miss Khan was like because Mr Khan revealed she “Very much so” liked to use social media.

Neighbours revealed after her death of the changes they witnessed in Miss Khan and remember seeing her looking “beautiful” when she arrived but then noticed how she began to wear a full-face veil.

Mr Khan said she was not one to wear a burqa or veil.

“My sister was not allowed to live, just to exist.”

Describing her strong personality which was broken by Mustafa, Mr Khan said:

“She very much did know her own mind. She was the only one who could answer me back.”

Tributes were paid to Miss Khan after her death, including from parents of children who attended the Raising Explorers after-school club where she used to work.

Najma Asghar said: “She was such an amazing teacher, all the children were very fond of her. She nurtured them like a mother does, so gentle and sweet. She was a truly inspirational person who influenced and taught the children really well.”

This was not the first time Mustafa attacked a woman in such a violent way.

He was convicted in the past for savagely beating a woman repeatedly “with a brush and so hard it snapped”.

He went onto pull “her hair out and shave it off” and he “then shaved her hair and eyebrows off.”

The woman managed to escape from him to a clinic.

Javed’s statement about Atual Mustafa sums up the vileness of the man that took his sister’s life:

“It demonstrates that he shows absolutely no remorse. It shows he is evil – not mad.”

Nazhat is an ambitious 'Desi' woman with interests in news and lifestyle. As a writer with a determined journalistic flair, she firmly believes in the motto "an investment in knowledge pays the best interest," by Benjamin Franklin.
Landlord jailed for Raping Women using Room to Rent advert
Pakistani Police arrest 22 Girls and 25 Boys at Dance Party