Six family members have been jailed for the killing of 19-year-old Shahena Uddin in Watford, Hertfordshire. The teenager died in one of the most disturbing domestic abuse cases of recent times.

The main suspect Salma Begum, was convicted of murder and given a life sentence.

Six members of the same family were jailed after being convicted in a terrible domestic abuse case.

The victim, Shahena Uddin, 19, died after severe injuries inflicted on her at the family home in Watford, Hertfordshire, in October 2014.

Police found that the 19-year-old had suffered 54 injuries which led to her falling unconscious. The teenager eventually died after choking on her own vomit.

The main perpetrator, Salma Begum, aged 33, has been convicted of murder and conspiracy to pervert the course of justice.

She denied the charges, but was found guilty and has been sentenced to life imprisonment and will have to serve a minimum of eighteen years.

Suhail Uddin, 35, who is Begum’s husband and the victim’s brother, must serve ten years for causing or allowing the death of a vulnerable adult and conspiring to pervert the course of justice. 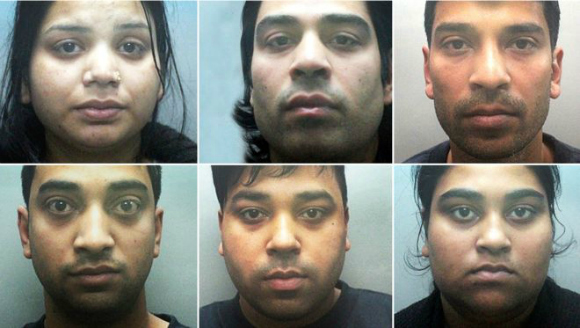 The jury heard harrowing stories during the trial of the prolonged physical and mental abuse suffered by Shahena at the hands of her family.

In court it was also revealed that Shahena had been in the care of Suhail Uddin and his wife since age fifteen, and had lived with all the people now convicted of this violence.

It wasn’t long before Shahena was abused and punished by Begum.

It was heard Shahena was force fed, often denied water, made to drink toilet water and kept locked in the family’s house.

A letter from Shahena to her killer was read out in the courtroom, and shows the extent of the girl’s emotional trauma, as she writes:

“Every day I am scared and I can’t live like this any more … I will always love you but I need to go my own way.”

“In all my years as a detective, this case has been possibly one of the most harrowing cases of domestic abuse I have dealt with.

“How any person can inflict such violence and mental abuse on someone is beyond comprehension – and even more so when those inflicting that abuse are members of a family who were supposed to have a duty of care.”

Hertfordshire County Council lamented the tragedy and said in a statement:

“Hertfordshire County Council’s children’s services worked with Shahena’s family from 2000 until 2010, after which the courts granted a special guardianship order giving parental responsibility of Shahena to her brother and his wife. 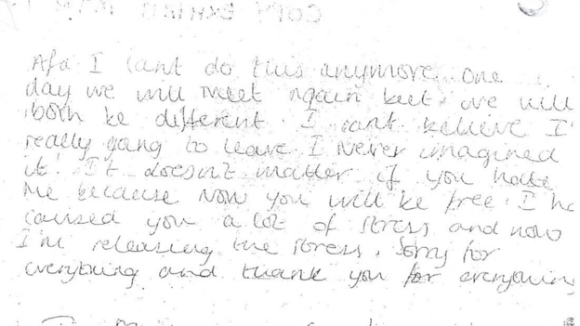 “There will be a domestic homicide review into Shahena’s death next year where everything will be looked at in more detail.”

This case has highlighted the difficulty of spotting domestic abuse situations, and the authorities will use this domestic homicide review to access their response to such cases.

“As a society, and in honour of Shahena’s memory, the best tribute we can all give her is to prevent this from happening again.

“If you are being subjected to domestic abuse, or you know someone who is, please speak out – there is help available.”

It is hoped that the local authorities will indeed be able to prevent other such cases, and that vulnerable people can be more protected in future.