Narendra Modi, Prime Minister of India, surprised of his Pakistani counterpart, Nawaz Sharif with a special visit to Lahore on his birthday.

"Today is a good day for Pakistan and India."

The unannounced visit by Mr Modi added him as a VIP guest to Mr Sharif’s celebrations of his birthday and the wedding of his granddaughter in Lahore.

The visit did not even give Mr. Sharif’s national security adviser enough time to come from Islamabad.

Mr Modi announced the visit on Twitter giving it the spontaneous spin, when he tweeted:

“Looking forward to meeting PM Nawaz Sharif in Lahore today afternoon, where I will drop by on my way back to Delhi.” 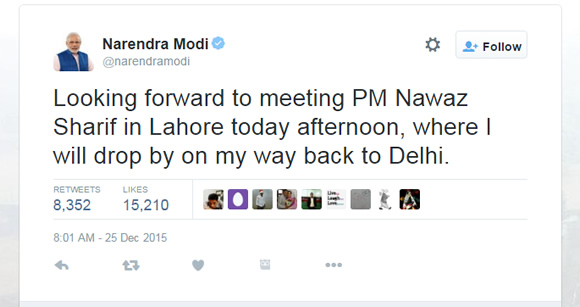 The tweet was the first time outsiders heard of Mr Modi’s plans to visit Mr. Sharif. This included his own Indian constituency.

This was en-route from Russia and was after starting the day in Afghanistan. Where Mr Modi made an appearance to open the new Afghan Parliament building which was made with about $90 million support from India.

Three Mi-25 attack helicopters and 500 new scholarships for the ‘children of the martyrs of Afghan security forces’ were also furnished by Mr Modi. In his speech he said:

“You know that India is here to contribute, not to compete; to lay the foundations of future, not light the flame of conflict; to rebuild lives, not destroy a nation.”

So, after Afghanistan, next stop for Mr Modi was to make his surprise trip to see Mr Sharif.

However, a senior Pakistani official told AFP that security had been planned some days in advance for the visit of Mr Modi. 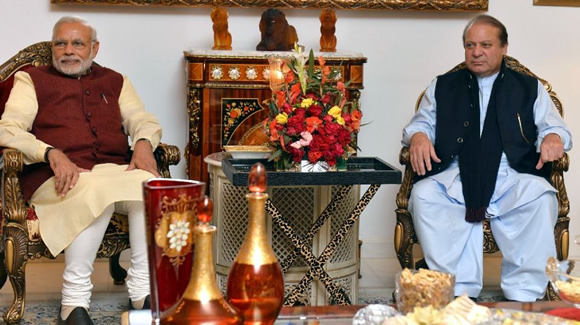 Mr Modi met Mr Sharif at his private residence just outside Lahore, where the house was decorated with wedding decor for Mr Sharif’s granddaughter.

This was the first visit by an Indian PM to Pakistan for nearly 12 years. The last visit was in 2004 by the PM at the time, Atal Bihari Vajpayee.

Relations between India and Pakistan are viewed as tense by many analysts and have worried policy makers in the US, who fear the lack of dialogue between both countries turning into war.

Both countries are nuclear-armed nations and both countries have had a stop-start diplomatic relationship since Mr Sharif’s surprise invitation to to Mr Modi’s inauguration in May 2014. 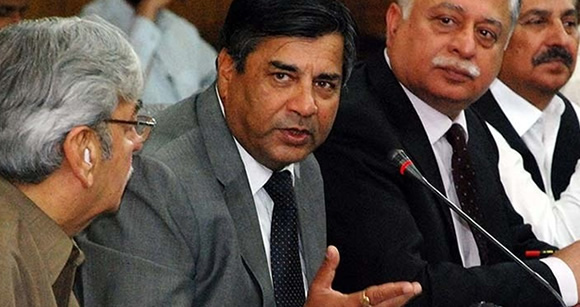 The departing Indian high commissioner in Islamabad, Mr T.C.A. Raghavan, said that relations between the two countries were at ‘a tipping point.’

One area of concern which has always been is Kashmir. High-level talks regarding hot-spot have been cancelled by India due to Pakistani diplomats meeting with separatist leaders from Kashmir.

A representative at the meeting said that the two leaders ‘chatted like old friends’ as they enjoyed vegetarian cuisine. Mr Modi told Mr Sharif, “Your sincerity is beyond doubt”.

Mr Modi is keen for talks between the countries to re-engage and this trip was an instigator. Some say this also could be due to the pressure he is under from the West to engage with Pakistan.

This move by Modi was generally welcomed in India albeit a personal gamble, as it is something Manmohan Singh, the ex-premier did not achieve whilst his position of ten years.

At the same time, Mr Sharif too is keen to improve the frothy relationship with India and definitely enhance trade ties. 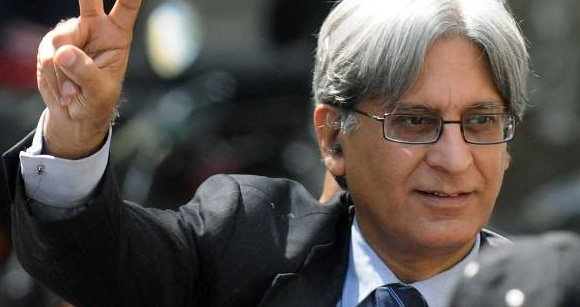 Mr. Modi’s visit was welcomed by most of the Pakistani political opposition. Aitzaz Ahsan, a leader of the opposition Pakistan People’s Party, said in an interview: “Today is a good day for Pakistan and India.”

Media in India has widely reported that the visit was Modi’s brainchild. However, a Pakistani official told AFP it was Islamabad’s idea to organise a meeting with Mr Modi prior to formal diplomatic talks to be held in 2016. He said:

“The goal behind this meeting was to humanise the other side by arranging a visit involving close family members.”

One speculation, is that steel tycoon Sajjan Jindal arranged the meeting as he was in Lahore too for the wedding. Because previously he acted as the middleman to facilitate a meeting between Modi and Sharif on the sidelines of the Saarc summit last year in Kathmandu.

Although there appeared to be widespread support and enthusiasm for the visit, scepticism was not thwarted by some in both nations. 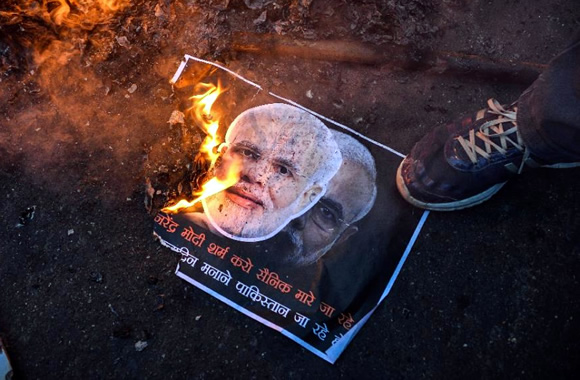 There were activists from the Indian Youth Congress in New Delhi who burnt Modi posters in protest of the visit.

Some of Sharif’s cabinet members had opposed the visit.

The Pakistani military establishment do not approve of Mr Sharif’s aspirations for better ties with India and are suspicious. Their focus is on Kashmir and accuse India of supporting separatists in Pakistan’s Baluchistan Province.

Similarly, India has also repeatedly accused Pakistan of being behind terrorist attacks in India. 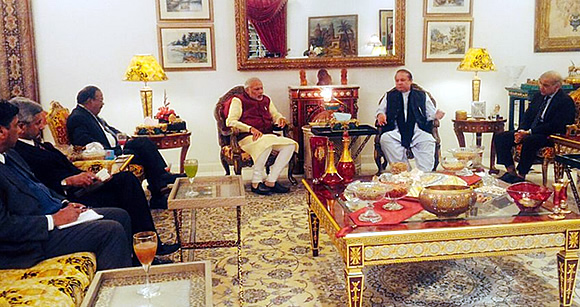 “In the last 67-odd years, no prime minister has landed in another country in this manner.”

But questioned his trip and added: “What are the assurances the prime minister is bringing back?”

Since independence from the British in 1947 both countries have had differences. Resulting in three wars between India and Pakistan with sparks for a fourth over the province of Kashmir.

Therefore, for the neutrals, meetings of this kind be they a surprise or organised, are highly welcomed and encouraged. Giving opportunity for both leaders to improve the relationship between the two nations, which were actually one, prior to independence.

Prem has a rich interest in social sciences and culture. He enjoys reading and writing about issues affecting his and future generations. His motto is 'Television is chewing gum for the eyes' by Frank Lloyd Wright.
Family jailed for viciously murdering Shahena Uddin
Asians on New Year Honours List 2016