An Asian girl gang of eight members from Luton were sentenced for a violent attack on two young women which they filmed for social media.

"All of this was filmed, another aggravating factor"

A gang of primarily of girls of South Asian origin has been sentenced for their serious and violent attacks on two women in a Luton park.

They filmed the vicious attack on a mobile which including one of the victim’s being stamped on the head.

The attack was antagonised after the gang had a discourse over social media.

The gang of eight girls all appeared at Luton Crown Court for their sentencing on Monday, June 3, 2019.

They all pleaded guilty to the attack on the two women in the park on July 18, 2018.

The ringleader of the girl gang, Bushra Noreen, aged 18, was jailed for seven months.

The rest of the girls from the gang were all given six-month sentences suspended for 12 months.

Luton Crown Court was told the two young victims of the horrific attack were first lured to a restaurant in Manchester Street by Bano Begum and the others waited in an alleyway nearby.

Once the victims arrived in the alleyway, off the street, Bushra Noreen started to attack the two women while the others watched.

Then the victims were taken to Brantwood Park, where the assault escalated even more and became vicious. 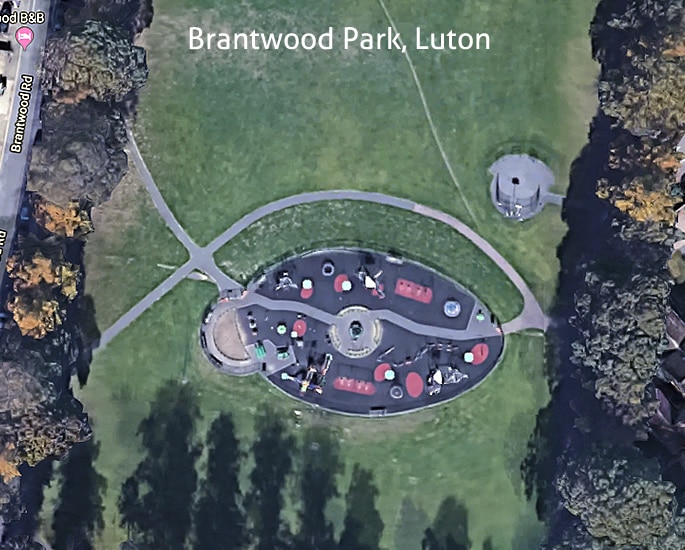 It was revealed to the court that Bano Begum from the gang had a pair of nunchucks with her but was not used.

“This was a nasty piece of pre-planned violence on two defenceless victims, against a background dispute over social media.”

“You Bushra Noreen, were clearly the ringleader, having become involved at the behest of your sister.”

Footage of the lethal attack showed the first victim being pushed to the ground in the park and her head and face being stamped on.

Then the other members of the gang are seen kicking the same victim, slapping her, grabbing her hair and holding her down.

The other victim is then attacked by the gang but not as severely.

Reacting to the filming of the attack, the judge said:

“All of this was filmed, another aggravating factor, no doubt with the intention of circulating the humiliation over social media.”

Fortunately, injuries from the attack were not seriously sustained by the victims despite their vicious nature.

Bushra Noreen’s sister, Sanna Noreen, became tearful as her sister was being led from the dock into custody.

Sanna began shouting about the victim and was quietened by the other members of the girl gang in the dock with her.

As well as their suspended sentences, the rest of the defendants were given a curfew order of 7.00 pm to 7.00 am and order to do 100 hours’ of unpaid work.

Bano Begum was given a five-month concurrent sentence for being in possession of the nunchucks, reported Luton Today.

Police DC James Bateman, who was in charge of the investigation, reacted to the case and said:

“This was a targeted attack by a group against two innocent women. The fact they filmed and shared the attack on social media was especially shocking.

“The growth in smartphones has transformed social media accessibility and created an almost unlimited opportunity for rivals to antagonise each other, and for those taunts to be viewed by a much larger audience for a much longer time period.

“This case shows how such arguments and disagreements over social media can spill into the real world. We will not tolerate this sort of abuse and violence and it is right those involved have been given prison sentences.

“We also hope the sentences can give some comfort to the victims and their families.”