Men being Forced into Sham Marriages on the Rise

Latest figured from the Forced Marriage Unit reveal that men are increasing as victims of forced and sham marriages compared to the past.

297 cases handled by the FMU were those of men

According to information released by the Forced Marriage Unit (FMU), who work to address the issue of forced and sham marriages, nearly 300 reports of men as victims have been processed.

These marriages which allow people to get UK citizenship or employment are commonly associated with young women who are vulnerable and coaxed into marrying.

However, men are now being forced into these sham marriages as well.

Figures for 2018, show that 297 cases handled by the FMU were those of men, which is about one in every six of all sham marriages.

The unit says overall there has been a 47% increase in cases that have been registered.

In Yorkshire, 183 cases of men being forced into marriages were reported. A hot spot for sham marriages and the fourth highest in the UK.

769 of the cases in 2018 were linked to Pakistan being the largest for the UK, Bangladesh at 157 and India at 110 cases of British nationals being subjected to such marriages.

The figure related to India shows an increase in cases from 82 in 2017 and 79 in 2016. The statistics found that almost 30 per cent of Indian cases were linked to London.

This figure is hugely below what could be the real number, police say. Because many cases go unreported.

For 2018, West Midlands the FMU had 205 cases reported to it which is higher than in the previous six years.

The figures also say that the majority of victims of forced marriage are of Pakistani background in Yorkshire. However, Romanian men are also becoming a target for such marriages in the area.

About 128 cases in Yorkshire were linked to marriages taking place Pakistan.

“We know forced marriage happens but believe it to be a very under-reported crime and we proactively encourage victims to report the crime to us.

“We also work closely with the forced marriage unit and third sector partners on overseas cases to seek to offer help and guidance on issues including repatriation from other countries.”

Another change was in the type of victims including men for 2018. The FMU said:

“There was a higher proportion of older victims as well as male victims compared to other focus countries. This is most likely due to the fact that many of these cases involved reluctant sponsors.” 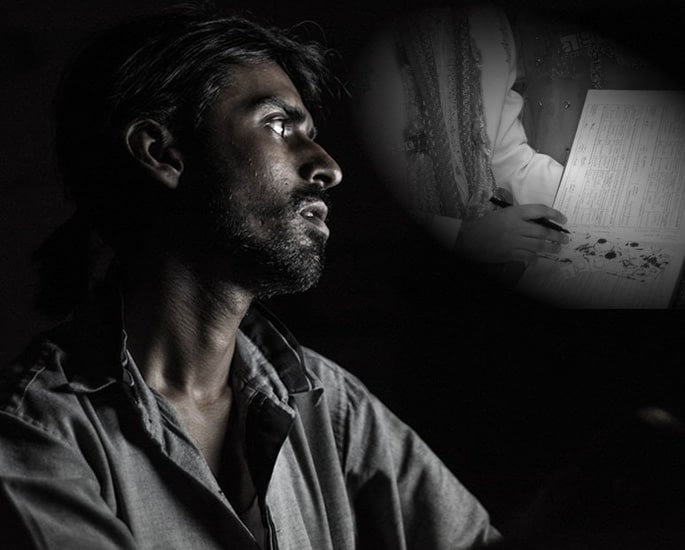 Interestingly, 119 cases of the forced marriages in 2018, “had no overseas element, with the potential or actual forced marriage taking place entirely within the UK.”

A forced marriage is defined by the FMU as one in which one or both spouses do not (or, in the case of some adults with learning or physical disabilities or mental incapacity, cannot) consent to the marriage, and violence, threats, or any other form of coercion is involved.

Coercion may include emotional force, physical force or the threat of it, and financial pressure, says the FMU.

With cases of men rising, it is likely that within the South Asian communities in the UK, these forced marriages are being conducted to keep the person being married in the UK.

It can involve members of the perpetrators family who are being coerced to marry.

This might even entail payments of money to the person being forced to marry the person seeking stay or employability in the UK.

Regarding this, Jon Morgan says:

“As part of our work we developed a campaign; ‘You Can’t Force Love’ which involved coming together with partners to encourage victims to have the confidence to come forward.

“One of the reasons for low conviction levels for this offence is that the perpetrators will generally be members of the victim’s family and there can be a reticence to criminalise people that they have such a strong emotional tie to.

“We will always respect the views of the victim when considering whether prosecution is the most appropriate option and do utilise other powers such as applying for Forced Marriage Protection Orders.

“These are civil orders which are designed to safeguard victims, irrespective of whether or not a criminal investigation is underway.

“What is vital is that victims of forced marriage or people with concerns for someone they know report it to the police so that the victim can be appropriately safeguarded and supported.

“I would urge anyone with concerns to speak to one of our specially trained officers today.”

If you know of anyone being forced into a marriage or about a sham marriage which is taking place, you can report it to the Forced Marriage Unit by calling telephone: +44 (0) 20 7008 0151 or by emailing them on fmu@fco.gov.uk.

You can also report any such marriages to your local police force.

Nazhat is an ambitious 'Desi' woman with interests in news and lifestyle. As a writer with a determined journalistic flair, she firmly believes in the motto "an investment in knowledge pays the best interest," by Benjamin Franklin.
Drug Dealer jailed after Cocaine found in Ex-Partner’s Bra
Asian Girl Gang sentenced for Viciously Attacking Two Women