The youngest man convicted of the 2012 Delhi gang rape has been released from prison after serving only three years.

“Everything had happened in accordance with the law.”

The youngest man convicted of the 2012 gang rape in Delhi has been released after serving only three years in jail, as he was a minor at the time of the trial and cannot serve an adult sentence.

The rapist, now aged 20, has received the maximum available punishment under the Juvenile Justice Board in India.

He is currently living in accommodation provided by a charity because of fears for his safety.

The Supreme Court of India has rejected the appeal which asked for his sentence to be extended; the verdict was announced on December 21, 2015.

The Supreme Court said they have no power to imprison the man because he was under the age of 18 at the time of the rape.

The two judges stated: “Everything had happened in accordance with the law.”

They continued: “We need legislative sanctions to take any action.”

This case sparked a media and protest frenzy in India and around the world in 2012, after Jyoti Singh, a 23-year-old woman studying psychotherapy, was brutally raped by six men whilst travelling on a bus through Delhi.

Jyoti and her friend were thrown out of the bus, and left by the attackers on the side of the road; the girl died two weeks later in hospital from injuries inflicted on her during the attack.

After the horrifying incident, protests broke out throughout Delhi, and many people are angry at the news that one perpetrator has been freed.

The victim’s family have petitioned the National Human Rights Commission to prevent the convict’s release. 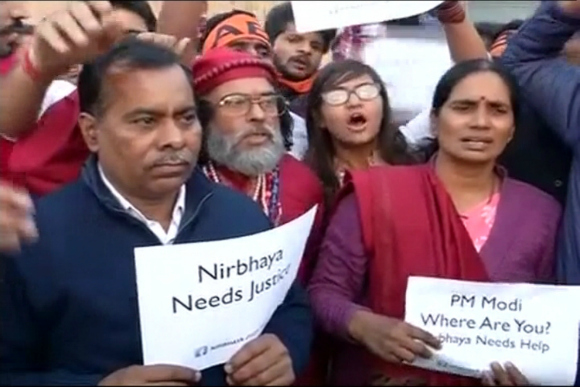 Swati Maliwal, the Head of Delhi Commission For Women said to the gathered media:

“In the end the court said we share your concerns, but the law is weak, we can’t do anything.”

She stated that the national government of India have let their people down, because they have failed to change the law which decrees that anyone below 18 years old cannot be sentenced to more than three years.

All of the adults convicted of the rape were sentenced to death by the Court, though one of them died in police custody before sentencing. The youngest convict is now free, despite police saying he is violent and had pulled out part of the girls intestines with his hands.

The convict’s whereabouts and identity are being kept secret, but an official at the juvenile centre in the Majnu Ka Tila are of Delhi, where the young man was detained for three years, said:

“The boy is alright. He has expressed remorse for his actions. He said he made a mistake. He was a mere child at the time of the crime… I think we have succeeded a fair bit in moulding him and he should be given a chance to start over.”

Though this case seems unprecedented, there have been famous cases in the UK such as Robert Thompson and Jon Venables, Sajal Barui, and Eric Smith, convicted of murder as children, who went onto new lives and identities.

Yet, in these cases the children were 16 or younger at the time of their crime, whereas at 17 many consider people to be responsible for all their actions.

Some argue that rehabilitation is the way to solve this problem in society. It is feared if this convict’s identity is released he will be lynched, as many protesters wish him to serve the death sentence for his crime.

Before going court, there were calls to try the teenager as an adult, so his punishment would match his crime.

It has been reported the rapist’s rehabilitation will be overseen by a non-governmental organisation in India.

It is debatable whether the boy is still a danger to society. Though many say he is not, and that he suffered trauma after the attack, his victim will be remembered for years to come.

Many around in India and around the world will take this as evidence of the Indian government not taking violence towards women seriously enough.

For now, the family must wait for the verdict on the National Human Rights Commission appeal. The date of their decision remains unconfirmed.

Eleanor is an English undergraduate, who enjoys reading, writing and anything media related. Aside from journalism, she is also passionate about music and believes in the motto: “When you love what you do, you’ll never work another day in your life.”
Guz Khan talks Comedy, Radio and Everything In-Between
Family jailed for viciously murdering Shahena Uddin