Raminder Singh, an accused rapist and attempted murderer who fled the UK after committing his crimes, has been arrested in New Delhi. DESIblitz reports.

After breaking a woman's jaws and cheekbone, Raminder left her unconscious in a pool of blood.

Raminder Singh, one of the UK’s most wanted fugitives and serial sex offender, was arrested by New Delhi Police on April 5, 2015.

The 28-year-old accused sex criminal, originally from Alipur in West Delhi, was arrested in the middle of committing another crime.

Local police had received a tip-off on the movement of Raminder, who travelled from Punjab to Delhi to meet an acquaintance to obtain his fake passport.

It would appear Raminder had been living under a forged identity even before acquiring his ‘new’ passport.

Ravindra Yadav, Joint Commissioner of Police of the Crime Branch, said: “Raminder Singh was arrested yesterday from Delhi. He was staying in Chandigarh under a fake identity.”

This will add to his existing accusations of sexual assault, rape and attempted murder that took place in Scotland in 2012. 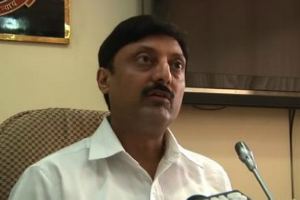 In July 2012, Raminder was believed to have brought a 23-year-old woman to Pilvig Park in Edinburgh to rape her.

Her resistance aggravated Raminder, and he knocked out one of her teeth. After breaking her jaws and cheekbone, he left her unconscious in a pool of blood.

Several days after his first attack, the local police received a report from a 27-year-old woman who had been a victim of a serious sexual assault and rape.

Police in Scotland had reasons to believe Raminder was the culprit of both horrible crimes and hence issued a warrant for his arrest.

However, Raminder managed to escape from the UK shortly after. He arrived in India via Dubai and hid in Chandigarh, his hometown, and Punjab under multiple forged identities.

This rendered the UK’s extradition request useless. It also became very difficult for the British police and Interpol to track him down.

Nevertheless, Interpol issued a red corner notice that identified Raminder as someone ‘wanted by national jurisdictions for prosecution or to serve a sentence based on an arrest warrant or court decision’.

The authorities followed Raminder’s trail for months, as he would regularly move between Delhi, Chandigarh and Punjab.

It was later discovered one of his fake names was ‘Jasdeep Singh Bajwa’.

It was as if his new identity had everyone fooled, including his relative who worked for the police – Assistant Sub-Inspector Gurwinder Singh at the Punjab Police Academy.

Reportedly, Raminder had also worked at a call centre and opened a restaurant called ‘Noor Mehal’ in Jalandhar. 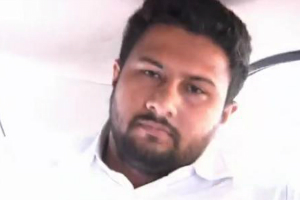 But the authorities finally caught up with him when the British and Indian police brought their intelligence together in an attempt to catch the fugitive.

Commissioner Yadav revealed: “The Delhi Police was requested by the British High Commission to help nab the fugitive.

“The British police gave some inputs to us which we developed. We were roped in as they had confidence in us.”

Subsequently, the accused rapist and murderer was arrested by the local police during his fake passport transaction in Delhi.

Raminder travelled to the UK to study for a diploma in hospitality in 2009. Afterwards, he found employment as a bouncer for a club in Edinburgh.

Raminder’s arrest will now be reported to the Ministry of Home Affairs, who will then notify the British High Commission. The accused can expect to be extradited to the UK for trial and sentencing.

Scarlett is an avid writer and pianist. Originally from Hong Kong, egg tart is her cure for homesickness. She loves music and film, enjoys travelling and watching sports. Her motto is “Take a leap, chase your dream, eat more cream.”
Indian Woman caught Urinating into In-Laws’ Tea
Honest Taxi Driver returns £10,000 to Passenger