Mamun Rashid has been jailed for raping women and sexually assaulting them after luring them to his flat by advertising on the SpareRoom.com website.

"Rashid’s vicious sexual assaults of these three women were appalling"

Mamun Rashid, aged 30, from Tower Hamlets in London, has been jailed for 18 years for luring and raping women in his flat which he advertised on the SpareRoom.com website.

The three victims gave evidence against Rashid at a two-week trial at Wood Green Crown Court where he was found guilty.

When the victims agreed to rent the spare room, Rashid offered his room for free in exchange for sex but then attacked them sexually, if they refused to have sex with him.

Rashid was arrested by police and remanded in custody after his youngest victim, aged 19, was raped and threatened to kill.

The victim contacted him via the website and arranged to see the flat he advertised on May 8, 2017. After seeing the flat and spare bedroom available, she agreed to move in the next day.

Later in the evening of that day, Rashid forced himself on the victim and raped her. He also then threatened to kill her if she tried to escape or call the police.

However, Rashid let her go, after the young victim screamed non-stop throughout his sexual assault on her. She then managed to flee and escape from him.

After rushing to a friend’s house and she immediately contacted the police.

After his arrest police detectives discovered 3,000 women who had made contact with Rashid via the SpareRoom.com website.

Rashid was also charged with sexual attacks on the other two victims aged 22 and 29 who also came forward revealing their ordeals.

“Rashid’s vicious sexual assaults of these three women were appalling and left them with not only physical injuries but also psychological trauma.

“The women have shown great courage and bravery in giving evidence against Rashid, ensuring that he is made to answer for his actions.”

“I want to encourage any person who has been the victim of sexual assault to tell those close to you and inform the police.” 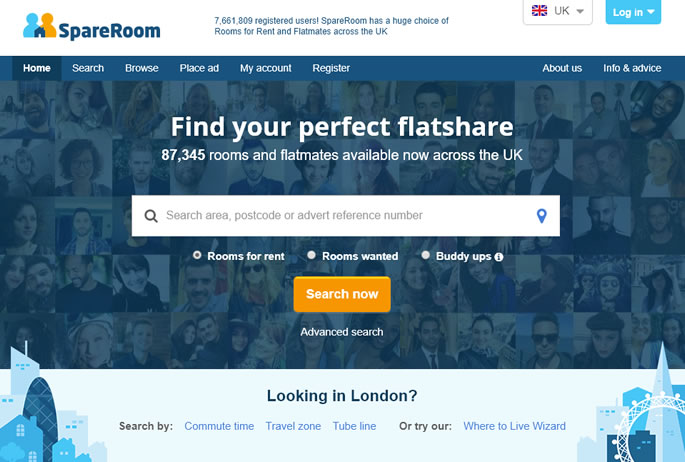 SpareRoom.com say that this is the first offence like this of its kind since the website was launched 14 years ago.

“We’re appalled by these incidents, and our thoughts go out to the victims. The safety of our users is SpareRoom’s top priority, and we’ve done everything we can to co-operate fully with the police, to help them bring this case to trial and ensure a conviction.”

As far as UK law goes, the Ministry of Justice says that the offer of accommodation in exchange for sex is inciting prostitution and therefore, it is classed a criminal offence which can carry a sentence of up to seven years in jail.

Whilst this is the first case involving SpareRoom.com, cases of letting rooms to women in return for sex are on the increase by unscrupulous landlords, and sadly, many victims are not reporting the crime. Therefore, if you or anyone knows of ‘sex for rent‘ cases be sure to contact the police to put a stop this vile exploitation.

Nazhat is an ambitious 'Desi' woman with interests in news and lifestyle. As a writer with a determined journalistic flair, she firmly believes in the motto "an investment in knowledge pays the best interest," by Benjamin Franklin.
Asian Awards 2018: Recognition with Lots of Glitz and Glamour
Atual Mustafa jailed for Life for Murdering Sohbia Khan