Asian Awards 2018: Recognition with Lots of Glitz and Glamour

The annual Asian Awards graced London’s Hilton Park Lane once again to celebrate excellence within the Asian community. Find out all the highlights and winners here.

“There is a huge humanitarian aspect at this year’s awards"

Held on Friday 27th April 2018 at the Hilton Park Lane, the 8th Asian Awards honoured some of the world’s most outstanding and high achieving individuals from the Asian community.

Special guests and nominees arrived from all walks of life, including the fields of business, sport, entertainment, and the popular arts and culture.

For the first time at the Asian Awards, there were more female nominees than male, highlighting women empowerment in the Asian community and the incredible strides that both men and women have taken to achieve equality. 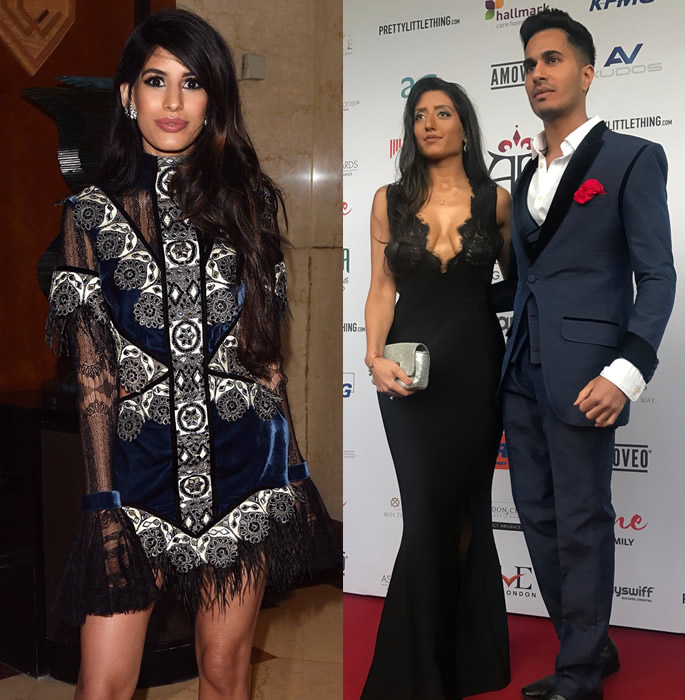 Jasmin Walia wore a cute blue velvet cut out ensemble with flared sleeves. Sukki Singapora also stunned in an authentic Asian red gown with a daring slit and her own handmade colourful sequined wig. She revealed to DESIblitz that it took days to make this wig and was an exciting new creation.

British Asian TV actor Sanjeev Bhaskar hosted the event for the second time. He has had a consistent affiliation with the Asian Awards where he had even won the 2015 Outstanding Achievement in Television award.

For singer Arjun, the music award was what he was most looking forward to and found his first experience at the Asian Awards a delightful one:

“From fashion to sports to entrepreneurship, it’s so good to be with a diversity of talent and are changing the landscape of doing well in so many different fields.”

“I’m most excited to see the music award – AR Rahman and MIA have won it in the past”. The award was won by K-pop music sensations, BTS.

Arjun also revealed to us that his upcoming music projects include Bollywood, Punjabi and South Indian films in the next year. 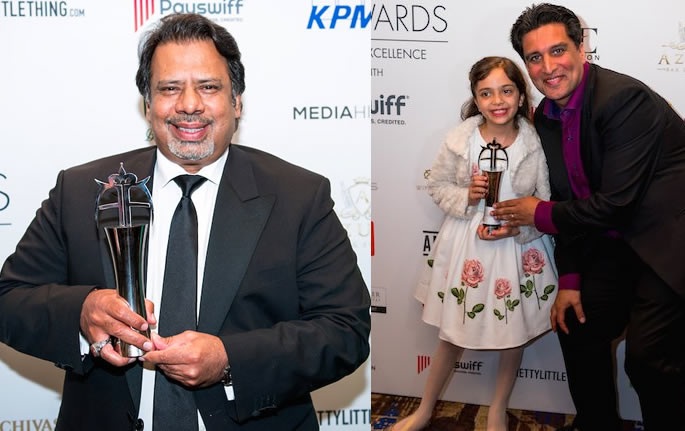 This year’s Asian Awards particularly focused on ‘real life superheroes’. In particular, those ordinary individuals who have achieved the extraordinary.

Paul Sagoo, founder of the Asian Awards said: “There is a huge humanitarian aspect at this year’s awards. A lot of lessons learnt from tonight’s nominees.”

One such example is 8-year-old Bana Al-Abed. Bana won hearts across the world by tweeting about her experiences living in war-torn Syria, giving a voice to millions of children.

Following her time at the Oscars standing in support of children in war, Bana made an appearance at this year’s Asian Awards to be honoured with the ‘Rising Star Award’.

Dressed in an adorable dress ensemble and looking very joyful in attendance with her mother, founder Paul Sagoo revealed that it was Bana’s mother he had reached out to, to collect the award tonight.

An emotional tribute was also paid to legendary Bollywood actress Sridevi, who’s passing earlier in 2018 was a tragic loss to Indian cinema.

The timeless beauty and one of India’s most iconic stars rose to worldwide fame in the 80’s with films such as Himmatwala, Jaani Dost, Ghar Sansar, Mr India and many more. Sridevi received the posthumous honour of Outstanding Achievement in Cinema at this year’s Asian Awards. 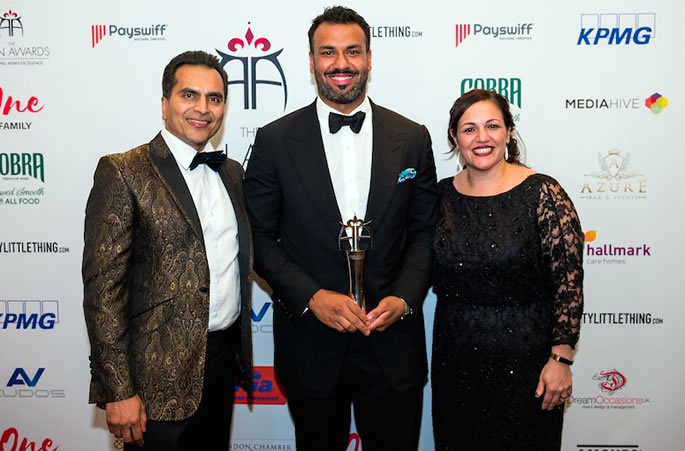 Paul said: “We have not in the UK taken our time out to appreciate what this woman has achieved.

“It’s not about who is here to collect it on her behalf, because the family are not here, but taking that minute of silence to appreciate who she was, what she did and the kind of person she was outside of her work.”

TV actor Nitin Ganatra also spoke about the special honour given to Sridevi, saying: “We all grew up with icons like Sridevi and she has been in an icon for over 30 years and we should really cherish that.”

One of the chief guests of the evening was the celebrated squash player, Jahangir Khan. The Pakistani who is best known for his 555 win streak picked up the award for Sporting Excellence. Renowned as the world squash champion since the tender age of 15 years, it was a well-deserved accolade for him.

Award winner Anita Rani who stunned in a bold red dress with plunging V neck. Best known for her TV presenting in Countryfile, The One Show and a recent BBC documentary on the Indian Partition, Anita Rani was awarded the Excellence in Television Award.

Here is the full list of winners of the Asian Awards 2018:

Entrepreneur of the Year
Sunny Varkey

Philanthropist of the Year
Ramesh and Pratibha Sachdev 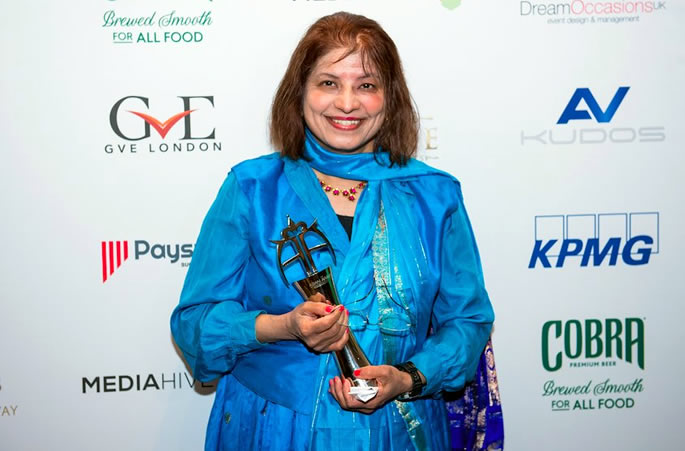 The Asian Awards partnered with UK based charity One Family for the 2nd consecutive year. They ran an auction which urged people to dig deep into their pockets to support a truly humble cause.

The food was catered by Madhus with a fusion take of British dishes with Indian favour and touch.

London’s Hilton Park Lane which played host to the event was a fitting venue for the glamour and influence synonymous with the awards.

The awards definitely lived up to the expectations and we can only expect that next year’s line up will be even bigger and continue to raise awareness of the next generation of Asian role models!