A driver of a Tesla S60 has been banned from driving after using the autopilot mode of his car and moving to his passenger seat on a busy motorway.

Bhavesh Patel, aged 39, has been banned from driving for moving into his passenger seat after putting his £70K Tesla on autopilot and letting the car drive itself on the M1 motorway.

Patel from Nottingham was filmed in a white Tesla S60 by a surprised driver in an adjacent lane on the motorway on May 21, 2017, just before 8.00pm, between M1 junctions 8 and 9 near Hemel Hempstead.

The video shows Bhavesh sitting in the passenger seat with his hands behind his head while the steering wheel and foot controls were being controlled by the car on a heavily congested and busy motorway.

The car which actually belongs to Patel’s wife was said to be cruising at 40mph in autopilot mode in the video which was uploaded online.

After the video went viral, police were alerted and a Notice of Intended Prosecution was then soon after sent to Patel’s home address.

Officers then subsequently interviewed Patel at Stevenage Police Station in Hertfordshire, which led to his conviction.

At the hearing at St Albans Crown Court on Friday, April 20, 2018, Patel pleaded guilty to the dangerous driving offence. 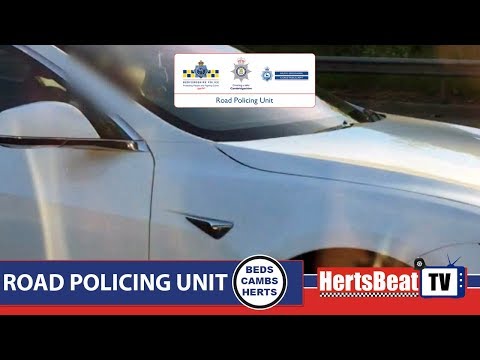 Patel agreed he had been ‘silly’ but did say the car was ‘amazing’ and that he was just the ‘unlucky one who got caught’, implying other drivers do this as well.

After his plea, the judge banned Patel for 18 months from driving and he was also given 100 hours of unpaid work (community service), 10 days rehabilitation and ordered to pay £1,800 in costs to the Crown Prosecution Service.

“He not only endangered his own life but the lives of other innocent people using the motorway on that day. I want to stress that they are in no way a substitute for a competent motorist in the driving seat who can react appropriately to the road ahead.” 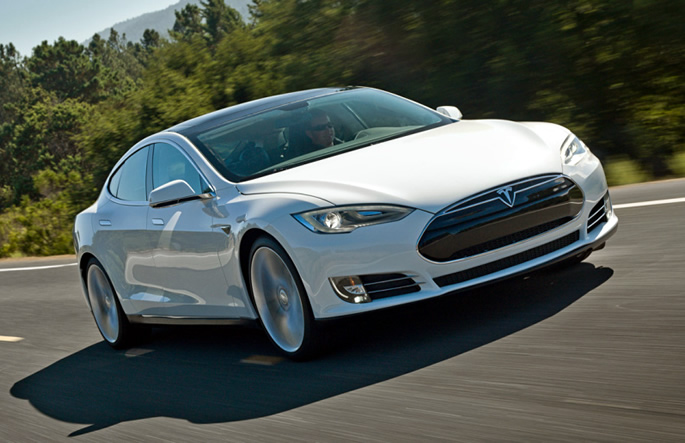 Caldicutt emphasised that the case must clearly show other drivers that such features on cars are not to be abused and used to endanger lives, saying:

“This case should serve as an example to all drivers who have access to autopilot controls and have thought about attempting something similar.

“I want to stress that they are in no way a substitute for a competent motorist in the driving seat who can react appropriately to the road ahead.

“I hope Patel uses his disqualification period to reflect on why he chose to make such a reckless decision on that day.”

The autopilot feature on the Tesla S60 is known as Traffic-Aware Cruise Control (TACC), where the autopilot controls all acceleration, braking and turning.

Tesla describes the autopilot feature as ‘suite of driver assistance features’ and say is added as only a ‘hands-on feature’ designed to provide assistance to a ‘fully-attentive driver’.

Therefore, warning that is should never be used in the way Bhavesh Patel did, as a ‘driver-less’ car, essentially meaning the car must still be controlled by the driver.

This is not the first time Tesla cars have caused accidents. The Tesla autopilot system has been blamed for the cause of a number of deadly crashes, including a fatal California crash which involved a Tesla car operating on autopilot.