The Asian Awards returned for 2017 with a spectacular night of Bollywood stars and red carpet divas. DESIblitz has all the highlights from the evening.

The stage was set, the red carpet laid out and the London Hilton on Park Lane buzzed with excited anticipation to welcome the 7th annual Asian Awards 2017.

A ceremony that boasts of opulence, glamour and celebrity sightings, The Asian Awards, held on 5th May 2017, was hosted by the ace comedian and actor, Sanjeev Bhaskar.

DESIblitz chatted to the handsome Sagar Radia, who essays the role of AJ Nair in ITV’s The Good Karma Hospital. This was Sagar’s first time attending a prestigious event like The Asian Awards, and he told DESIblitz:

“It’s just a wonderful event to be a part of and I’m grateful to be here. I think it’s really important to keep showing Asian talent off as much as we can and it keeps growing strength to strength every year.”

Sagar Radia will be back for the second season of The Good Karma Hospital and will be heading off to Sri Lanka in August. 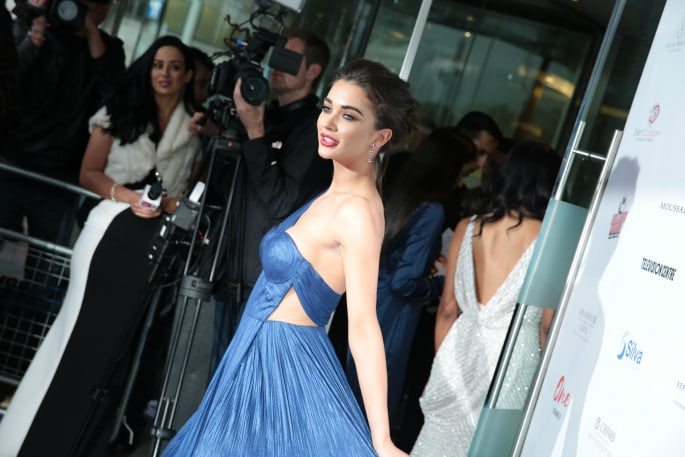 As the shutterbugs intensified, so did the celebrity line-up.

All the way from Birmingham Sparkhill came none other than Mr Khan, otherwise known as Adil Ray.

With The Asian Awards celebrating achievements in television, the Citizen Khan actor spoke with DESIblitz about his journey of breaking through mainstream television like the BBC. Particularly with his successful British Asian sitcom:

“It’s been fantastic. I’ve been very lucky to have a great team of people around me. For me, you treat it as work – learning something new every day. For me, to go from radio to television and you learn about how to act, produce and write, I feel so lucky to be in that situation!”

The Asian Awards red carpet soon sizzled up as Bollywood beauty Amy Jackson arrived to pose for photographers. The stunning actress donned an elegant asymmetrical Maria Lucia Hohan dress in blue. With minimal accessories and a bold lip, all eyes were very much on her.

The British model and actress has undoubtedly had a very interesting career so far. Beginning her cinematic journey in India with South Indian films, she has more recently ventured into mainstream Hindi cinema: 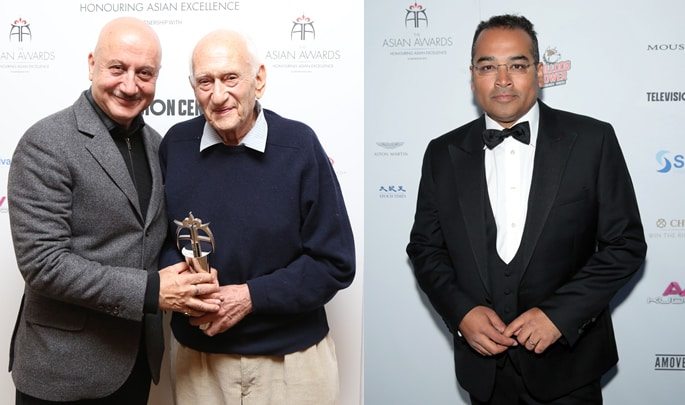 “It’s an amazing experience. Obviously, I learnt my passion and craft of acting through Bollywood, so that’s what I owe the industry for sure,” Amy Jackson tells us.

Amy’s latest film 2.0 is the sequel to S. Shankar’s Enthiran. In this film, Rajinikanth (superstar from South India) and Akshay Kumar (superstar from Bollywood) go head-to-head.

Talking about the film, the 25-year-old model and actress says: “It’s a phenomenon, it really is. The special effects in the movie are unbelievable. With Rajinikanth and Akshay Kumar coming together in one movie, it’s just fantastic.” 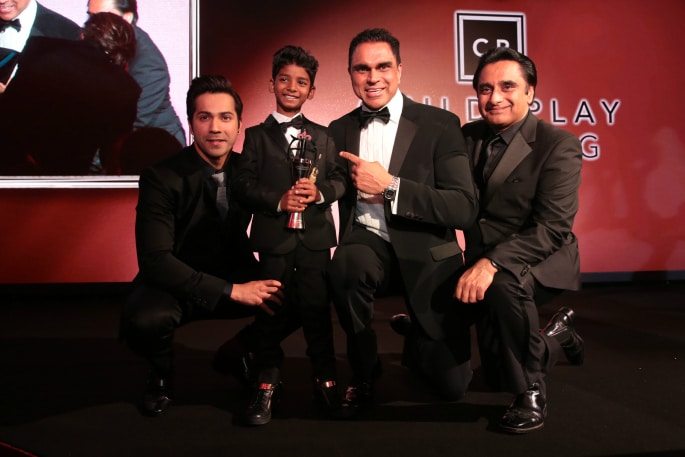 In fact, Varun came especially present the ‘Rising Star’ award to 8-year-old Sunny Pawar – for his outstanding performance in Lion. Sunny who was a big hit on the night won guests over with his cheeky smile and adorable demeanour.

The young actor is a valid reminder of why The Asian Awards are so important, in giving a platform to young Asians who achieve success in a variety of fields.

“I think it’s always wonderful to celebrate excellence in various fields. In the last 7-years, The Asian Awards has created a certain niche for itself. As a kid, I was always told by my father that if you do well then you will get an award. I want to continue that theory and that philosophy.”

The veteran actor honourably presented the ‘Philanthropist of the Year’ award to Dr Jack Preger.

There was another proud and emotional moment during the evening as the ‘Outstanding Achievement in Cinema’ trophy was awarded to the late Om Puri. The award was collected by Puri’s wife, Nandita and son, Ishaan Puri.

Sharing her views on this phenomenal achievement, Mrs Puri expressed:

“Extremely proud, honoured and humbled. More than anything, quite sad because this is the first award we are collecting on his behalf and that’s not fair.” 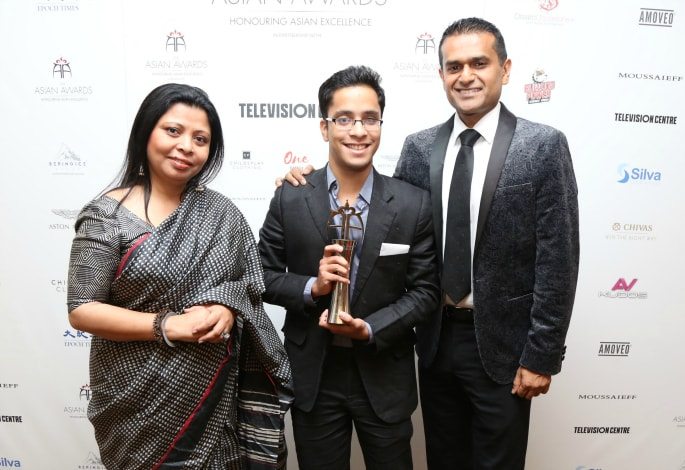 Ishaan added: “I never thought I’d have to go and receive the award on behalf of him. I always thought my dad was invincible.”

Krishnan Guru-Murthy also won the ‘Outstanding Achievement in Television’ award for his path-breaking contributions in the field of journalism.

He said: “It’s really nice to be honoured and given a pat-on-the-back. I feel a little fraudulent, to be perfectly honest, after looking at the other people who have won awards tonight. They’ve really achieved amazing things. I don’t think I can really compete with what they’ve done. But it’s very nice to be here.”

The final award of the night was given to a man who set the benchmark in the field of sports. One of the most iconic cricketers that India and the world will ever know, ‘The Fellowship Award’ was presented to the legendary Sachin Tendulkar. 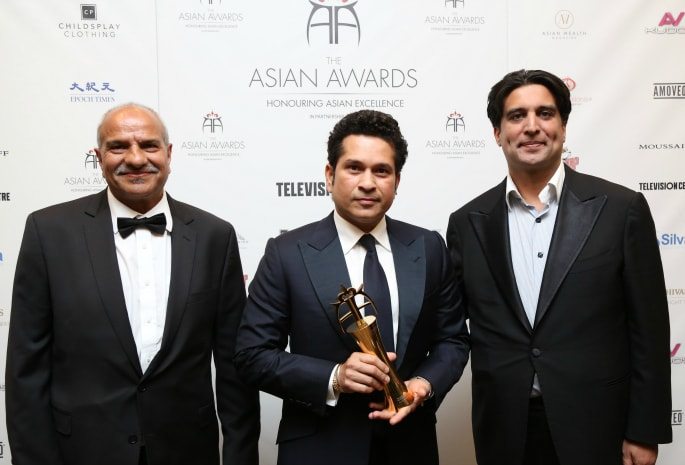 Recognised for his outstanding contribution to sport, Tendulkar told the media:

“A sportsman’s contribution is recognised and appreciated. You can’t complain to people when they love, cheer for you and wished well for you for so many years.

“This is the best thing one can do: To come here, thank them personally, rub shoulders with them and soak in the atmosphere.”

Here is the full list of winners of The Asian Awards 2017:

Business Leader of the Year

Outstanding Achievement in Science and Technology

Social Entrepreneur of the Year

Entrepreneur of the Year

Overall, The Asian Awards 2017 was a resounding success.

Promising an evening of rang, razzmatazz and recognition, DESIblitz congratulates Paul Sagoo and his team on their endeavour to honour Asians from all walks of life!