Bollywood Stars dazzle at GQ Men of the Year 2017 Awards

The annual GQ Men of the Year 2017 Awards took place, graced by many Bollywood stars on GQ’s blue carpet. Let’s look at the best, plus the winners!

Aamir Khan shows us how he truly is a master of reinvention!

It’s that time of the year when famous faces from Bollywood grace the prestigious GQ Men of the Year 2017 Awards. As usual, they donned their very best for GQ’s blue carpet, ready to impress their fans.

Held in Mumbai, the ceremony took place on 22nd September 2017. Running for 9 years now, GQ magazine holds the event to celebrate the achievements of those in fashion, acting and entertainment amongst others.

The GQ Men of the Year 2017 Awards welcomed a vast array of star-studded guests. From Karan Johar to Anushka Sharma, the ceremony presented glitz and glamour like never before.

But one name separated this ceremony from all the others: Aamir Khan.

The actor, who usually misses such events, decided to make an appearance. Unbeknownst to many, Aamir arrived on the blue carpet and left many jaws dropped with his urban look. Indeed, many of the stars showcased their fashion style with stunning gowns and suits.

Let’s take a look at some of the very best looks at the GQ Men of the Year 2017 Awards, including the all-important winners’ list. 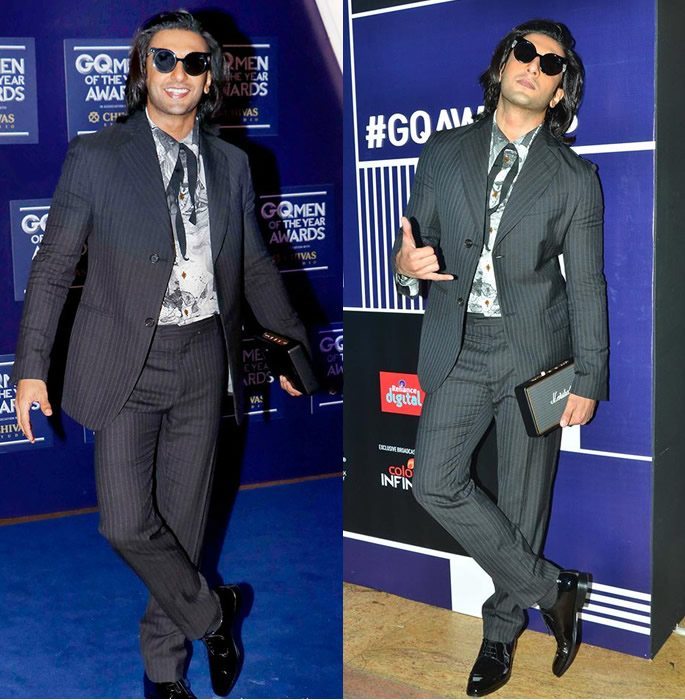 Ranveer Singh showcased a mix between the classic suit and quirky twists. He wore a co-ord of a pinstriped blazer and trousers. With his blazer unbuttoned, one could catch a glimpse of his trendy shirt, patterned with floral graphics.

The Vivienne Westwood creation looked superb on the actor, who added an untied Gucci bow tie with it. Ranveer decided to let his growing hair down, which looked sleek and straight. Added with black sunglasses, the actor cuts an intriguing pose.

We have to mention his unique clutch bag – which appears strikingly identical to a retro radio! 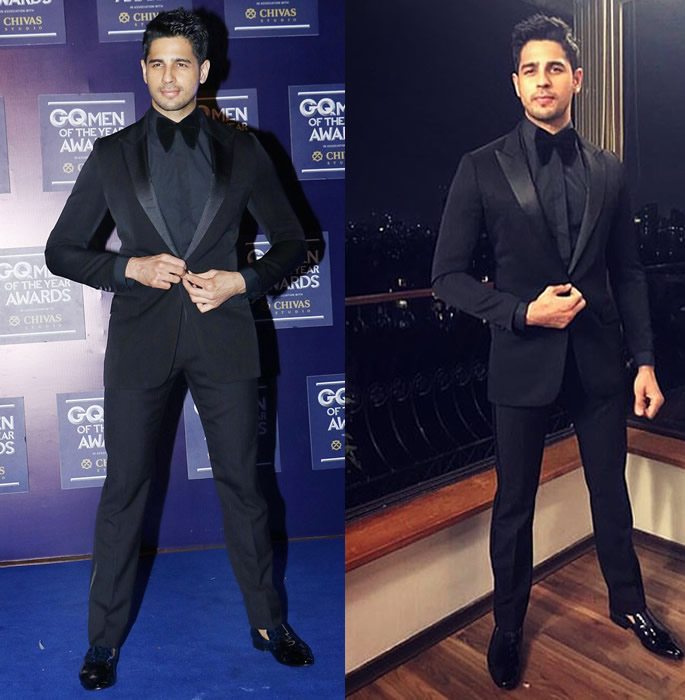 Sidharth Malhotra decided to opt for a classic, all-black suit with the help of stylist Akshay Tyagi. He matches a black blazer with a navy shirt and black trousers. Complete with polished shoes and a velvet bow-tie, the actor looks utterly suave.

During the ceremony, he picked up the ‘Most Stylish Man’ award, with this fantastic outfit a clear example of why he earned the accolade. And why he’s featured on our list for weekend fashion.

With this dapper look, Sidharth Malhotra could make an excellent James Bond, wouldn’t you agree? With impeccable fashion, enviable style and an impressive figure, we can imagine fans would love to see him take on the ‘007’ persona. Perhaps in the near future? 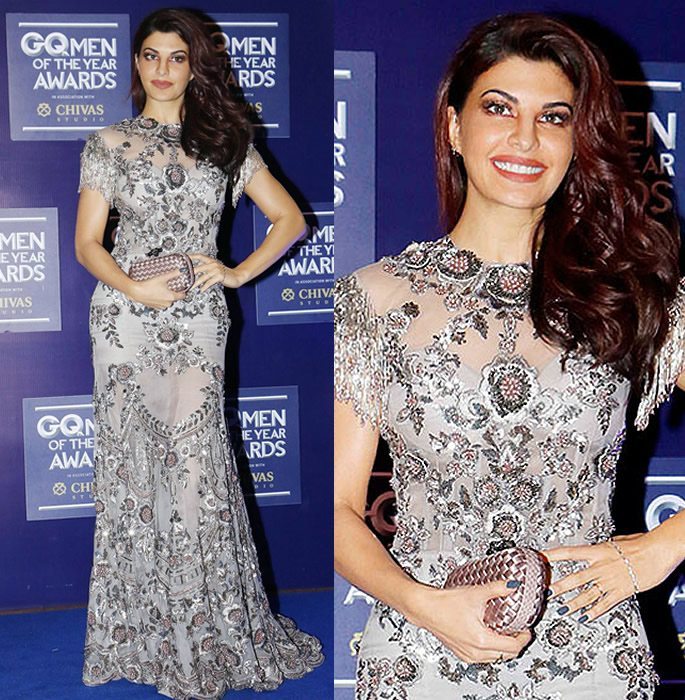 The starlet also chose to sweep her gorgeous, chestnut hair to one side. A vision of true elegance, Jacqueline looked flawless with a bright pink lip and polished contouring.

Finishing off her look, the actress carried a silver clutch bag. Matching well with the gown, Jacqueline created an outstanding ensemble. 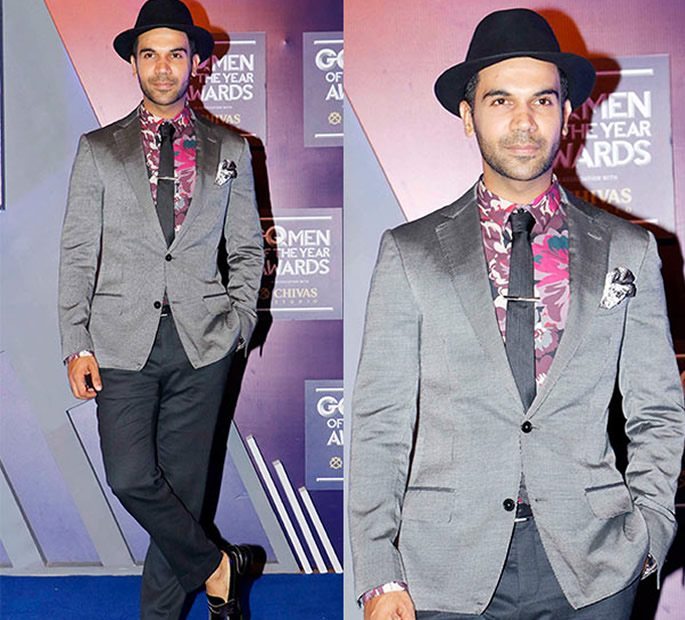 Pairing a grey blazer with dark trousers, he too wore an unusual shirt underneath. But with his look, Raj chose a vibrant camouflage pattern.

The star also donned a black hat, creating a 1950s vibe to his look. Altogether, Raj achieves an intriguing, dapper pose, ideal for the GQ Men of the Year 2017 Awards. 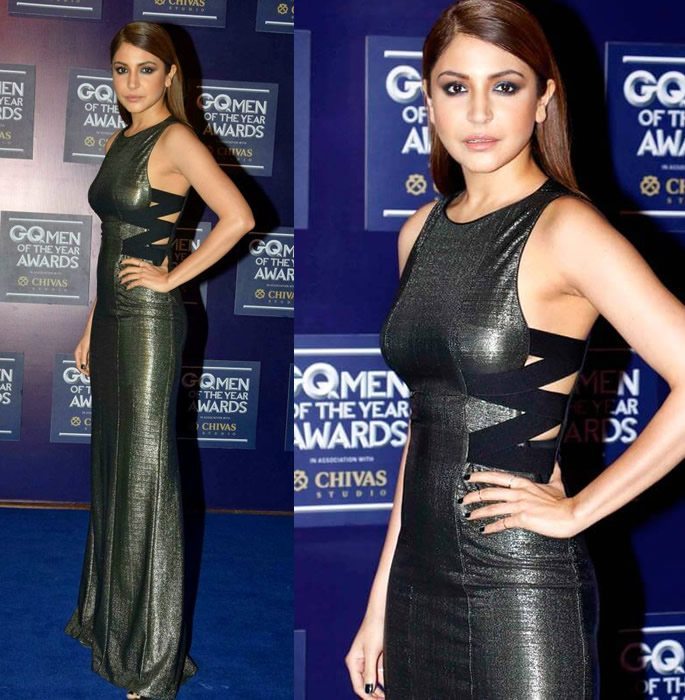 Awarded as ‘GQ’s Woman of the Year’, Anushka Sharma sizzled in this enchanting gown. A metallic dress with dark straps on the sides, the outfit complemented the star’s figure beautifully.

Anushka also kept her long hair straight and sleek, adding a touch of sophistication to her outfit. She also donned black nails, as well as grey eye makeup and a nude lip. 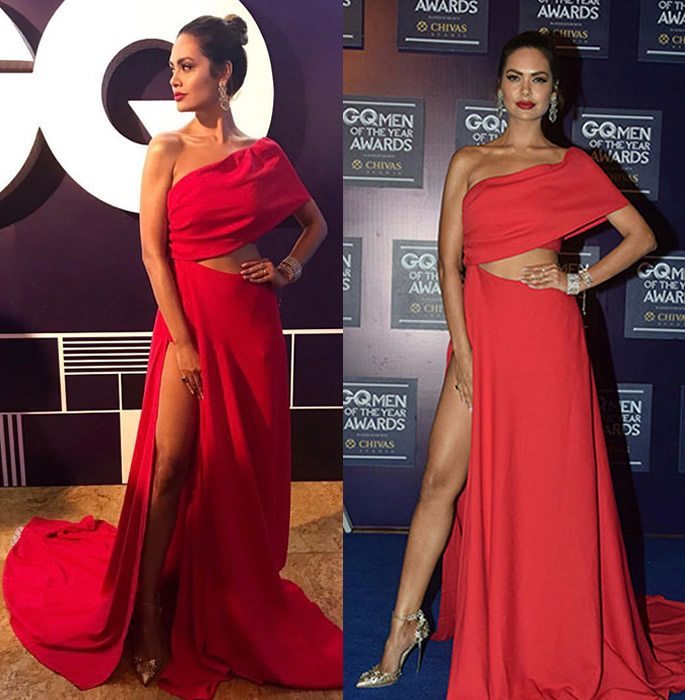 Esha Gupta is well-known for setting pulses racing on social media. And she’s created yet another sultry look with this daring number.

Esha styled her hair in a delicate top bun, adding a pair of bejewelled earrings. She finished her look with gold heels and a full red lip. 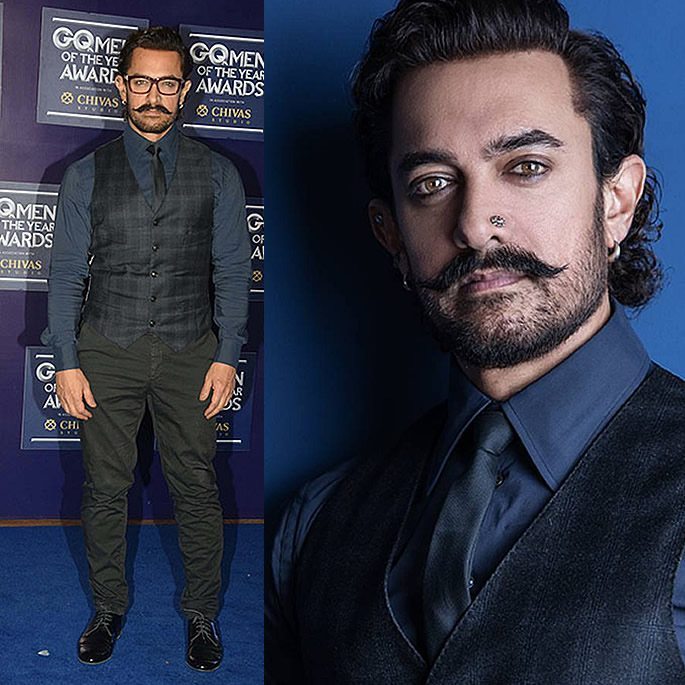 Another star to grace our list for the weekend fashion, Aamir Khan set tongues wagging with his appearance. The star has become famous for missing out on events.

Yet the appeal of the GQ Men of the Year 2017 Awards proved too much. Especially as he picked up the ‘Creative Maverick’ award. Aamir arrived in a dapper ensemble, matching a navy shirt with black trousers and a checkered waistcoat.

However, we love the various piercings that the star dons. Hooped earrings, a top ear piercing and nose stud; Aamir Khan shows us how he truly is a master of reinvention! 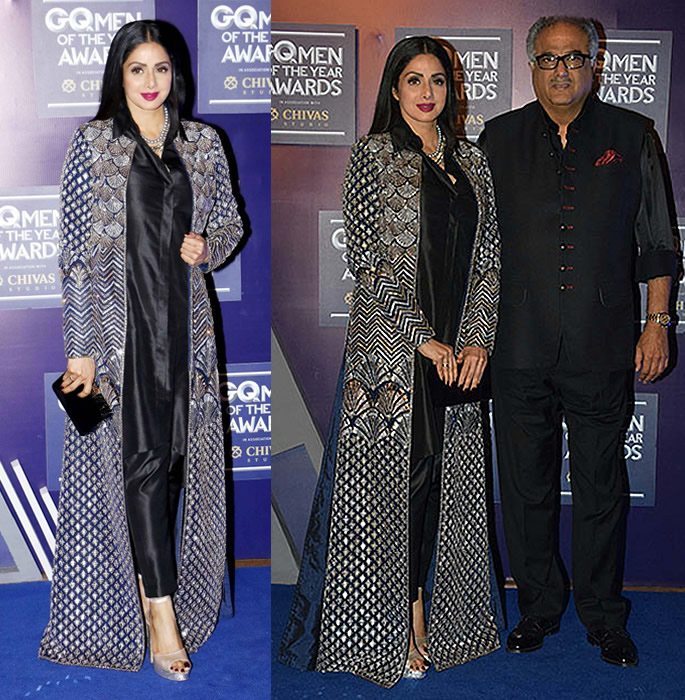 The jacket contained a dark blue hue with various royal embellishments; complementing Sridevi’s ensemble extremely well. She chose nude heels, as well as a clutch bag to accessorise her look.

The actress also decided to keep her hair sleek and straight. With heavy eye makeup and a plum lip, Sridevi shows us how to work GQ’s blue carpet!

Restaurateur Of The Year ~ Zorawar Kalra

Artist Of The Year ~ Subodh Gupta

Designer Of The Year ~ Manish Malhotra

Actor of the Year ~ Rajkummar Rao

With a spectacular awards ceremony, the GQ Men of the Year 2017 Awards proved bigger and bolder than past predecessors. Featuring the finest stars from Bollywood, they graced the red carpet with perfection and sophistication.

Congratulations to all the 2017 winners!

Weekend Fashion: Jacqueline and Priyanka look Fantastic in Floral
7 Sexy Looks of Nargis Fakhri you Have to See