The stars of Lollywood descended on Lahore for the 21st Lux Style Awards and dazzled in their extravagant ensembles.

The 21st Lux Style Awards, the most prestigious and much-anticipated event in Pakistani showbiz, took place on November 24, 2022.

Nearly the whole Pakistani industry was present at the event in Lahore.

All the celebrities looked their best during the largest fashion event of the year.

Everyone was a visual treat, from dazzling statement-making silhouettes to the best-tailored tuxedos.

The best actors, musicians, filmmakers, and television producers are recognised by the Lux Style Awards. After a two-year hiatus caused by pandemic regulations, the award show reunited Lollywood.

The top celebrities in Pakistani entertainment added glamour and intrigue to the red carpet.

Here are some of the bold and eye-catching outfits from this celebrity-studded event, including those worn by guests, nominees and presenters. 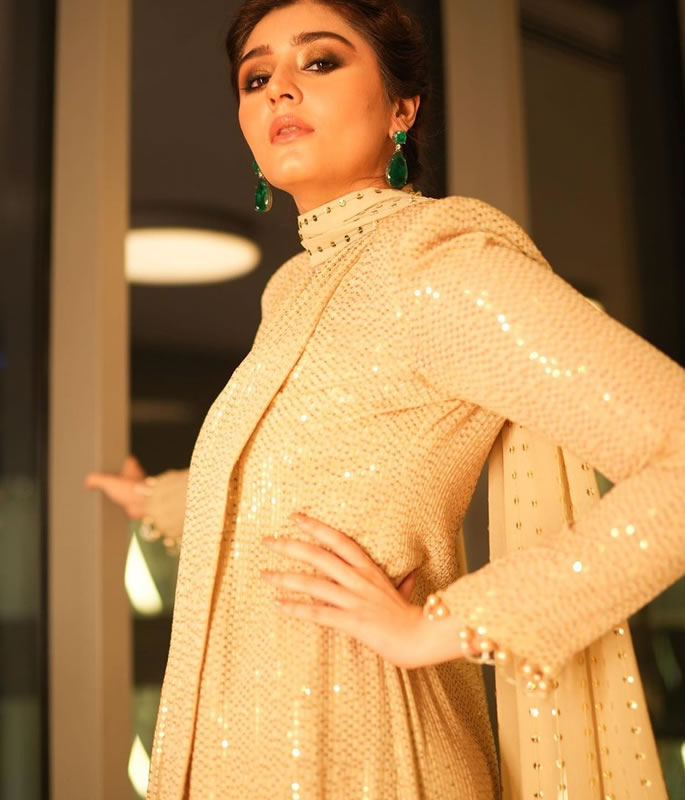 The Kesi Teri Khudgarzi actress looked stunning in an ivory dress by designer ÉLAN, which she paired with a subtle makeup look and a stylish updo. 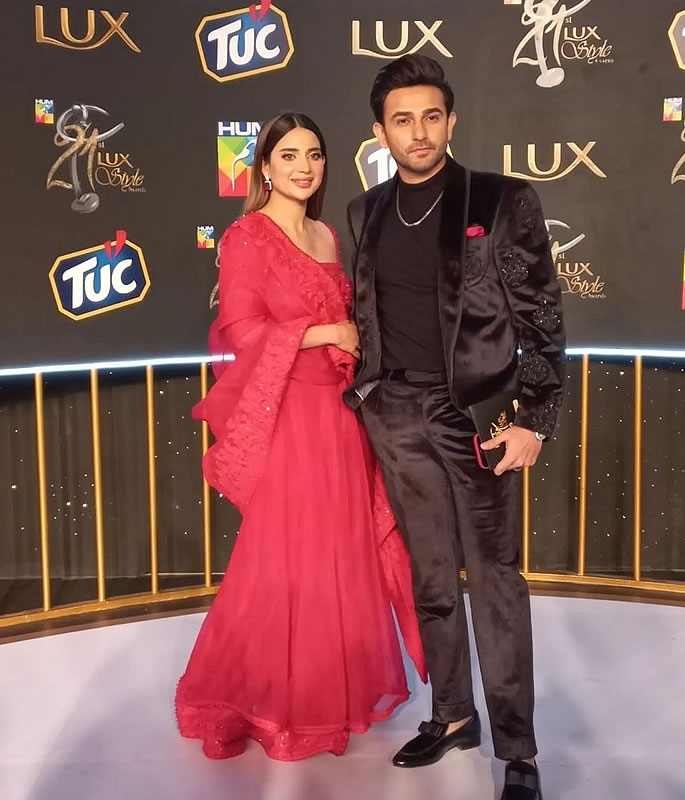 Saboor Aly wore a stunning red traditional gown, while her better half looked smart in a black velvet tuxedo that was appropriate for the season.

The actress’ hairstyle tied the red look together, with a classic middle parting, pinned behind her ears.

The star pair looked great in their complementary ensembles. 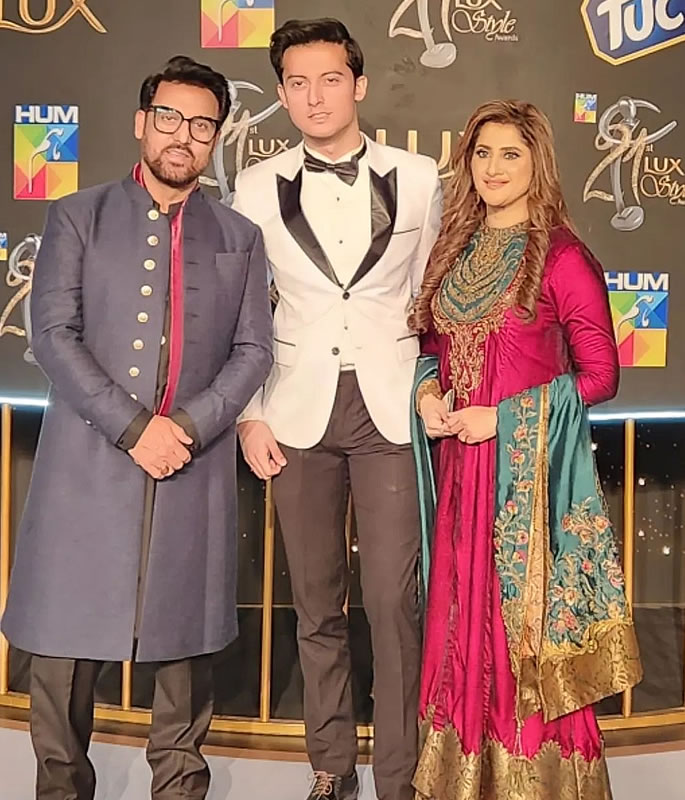 Both Jan Rambo, a prominent Lollywood actor, and his wife Sahiba, who was dressed in festive traditional clothing, looked trim and well-groomed in Desi attire.

However, their charming son chose a dapper white and black tuxedo. 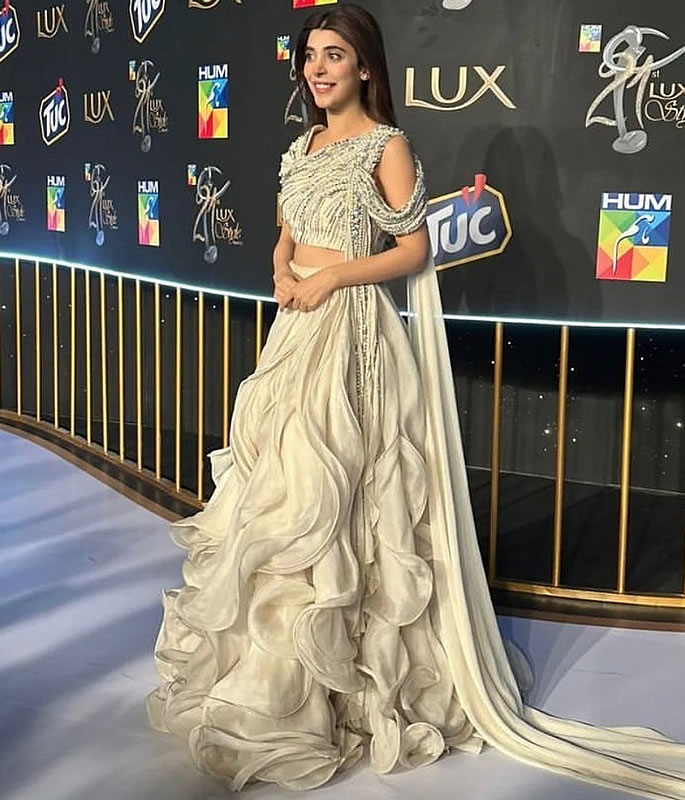 The Tich Button producer looked spectacular in a bedazzled and ruffled ensemble by designer Sana Safinaz.

The two-piece nude-coloured outfit featured a jewelled bralette, with her midriff on display to accentuate her trim waistline. 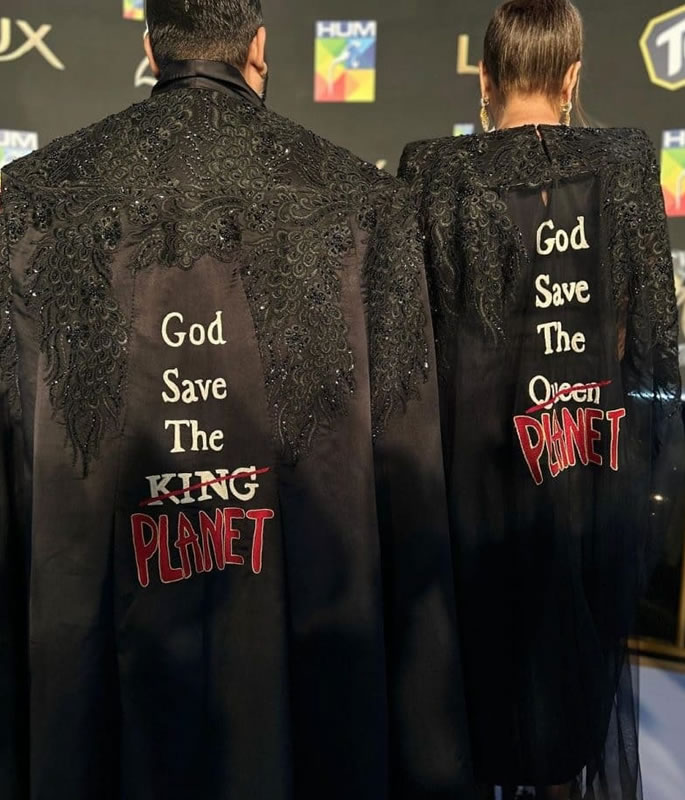 The pair donned all-black outfits, with the highlight of the outfits featuring black statement capes.

Styled in matching bespoke outfits, they took the initiative to remind the world that it’s time to take a step beyond fashion toward sustainability.

Taking a dig at the monarchy, the capes featured the phrase “God save the King” and “God save the Queen” on the back of Ali and Farieha’s outfits.

However, the words “king” and “queen” were crossed through in a red line, reading:

“God save the planet.” 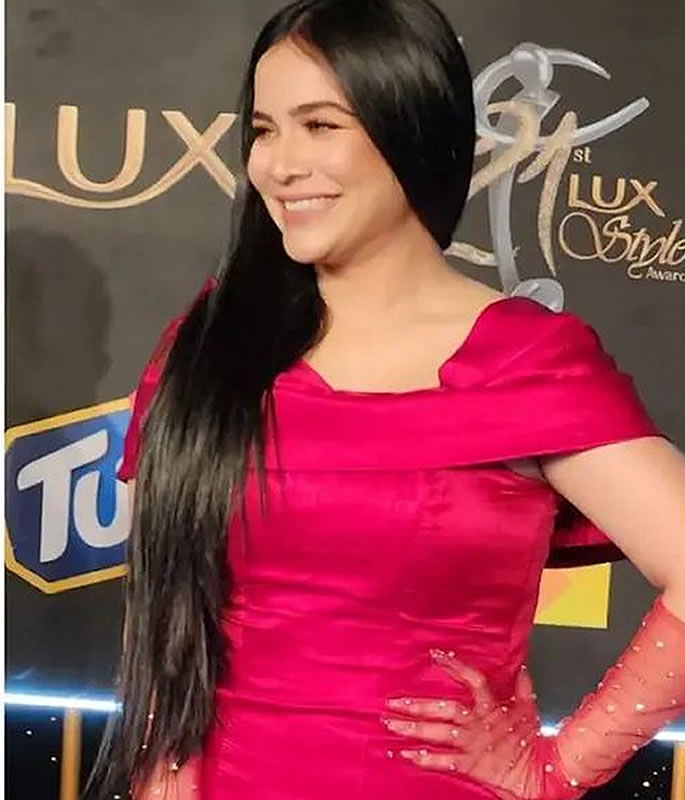 The actress allowed the silk, off-the-shoulder ensemble to do all the talking, leaving jewellery out of the equation and highlighting her long, black hair put to one side.

Here is a list of all the winners at the Lux Style Awards.

Singer of the Year
Ali Zafar

Song of the Year
Afsanay by Young Stunners

Ilsa is a digital marketeer and journalist. Her interests include politics, literature, religion and football. Her motto is “Give people their flowers whilst they’re still around to smell them.”
7 Best Matching Pyjama Sets for Christmas
Best Ways to Style Flare Jeans