The nominations for the 16th Lux Style Awards are out and amidst a balanced list of deserving nominees, there are a handful of unmissable snubs.

there are some glaring snubs in the Luxury Pret department

Now in its 16th year, Pakistan’s biggest awards show – the Lux Style Awards – has just revealed the nominations for this year’s grand fiesta. And like every year, there are some expected and unexpected appearances and a handful of notable oversights.

The Lux Style Awards started off more as a platform recognising achievers in style and fashion.

However, over the years, as the Pakistani entertainment industry came out of shackles and grew significantly to create its own identity, LSA quickly became the flagbearer of rewarding the best across all major realms of pop culture, and the only one to do so.

Of course, as the only leading and consistent awards show in the country, it’s high-profile image is often tainted with the stink of controversies and criticism.

Unfair representation and bias form the crux of it all. Come awards night and all good and bad press will translate into more drama as hosts, winners, losers and gatecrashers get the grapevine rolling.

Coming back to the nominations for 2017, the Lux Style Awards’ jury has done a decent job of selecting and honouring artists and so, it seems the team may just succeed in avoiding yet another year of journalistic jeers.

That said, the nominations list is peppered with a few unmissable snubs amidst strong competition paving way for less predictable outcomes. Here is DESIblitz’ ultimate breakdown: 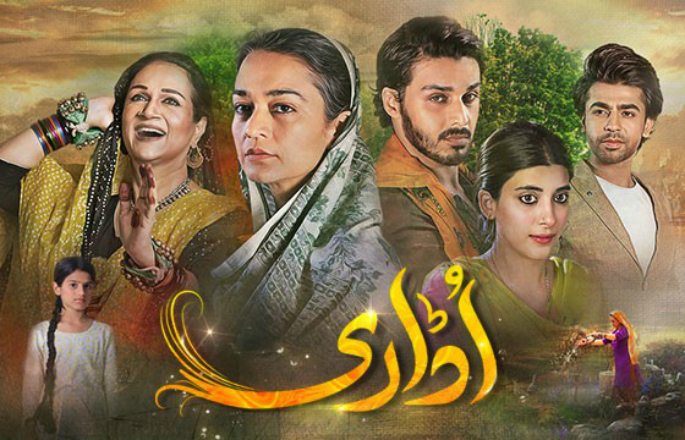 Nominations for excellence in television are by far the best representation of 2016. They offer a good balance of the commercially successful and critically acclaimed.

Popular dramas like Mann Mayal and Dillagi, however, lead the way and rightly so. These, after all, were the highest-rated dramas of Pakistani television in 2016.

However, one can’t help but notice the blatant omission of Hamza Ali Abbasi from the Best TV actor category.

He may not be the celebrity figure around town for almost, always saying the indefensible, but his character Salahuddin, from Mann Mayal, had considerable fanfare. Sallu had become a household name, at times evoking sympathy and at times, frustration, among fans.

Also missing is Feroze Khan – the brash, chauvinistic hero from Gul-e-Rana. In fact, Gul-e-Rana has been snubbed altogether aside from a nod for lead actress Sajal Aly.

All other nominees for Best TV actor are equally deserving for their strong performances in their respective roles so the race is as is a tough one. The same cannot be said for the Best TV actress category which has completely left out the women of Udaari.

Udaari was a game-changing addition to Pakistan’s tele-scape. It dared to speak about child abuse that happens behind closed doors and gave audiences a much-needed reality check.

While Ahsan’s depiction of the ruthless molester was commendable, Udaari’s women were just as strong in their stereotype-defying roles – particularly, Bushra Ansari. In the absence of a Best Supporting Artist category, Ansari surely deserved a nod in the Best TV actress one.

On the whole, competition at the Lux Style Awards 16th edition is intense with strong women portrayals and unconventional storylines taking centre stage. Here is the full list: 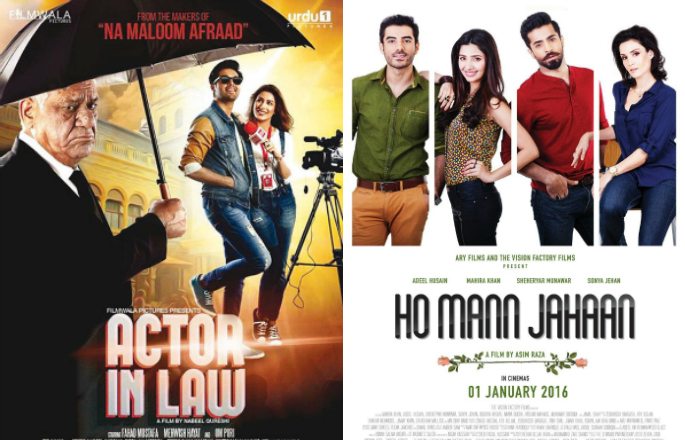 2016 saw a total of 25 Pakistani films hit local screens. However, amidst a chunk of below-average cinema, only a handful managed rave reviews and secured box-office success. And all of them have secured a nod or two in all the film categories at the Lux Style Awards.

Perhaps owing to mixed reviews from critics and average returns on the box office, Bachaana fails to get a mention in the Best Film category. But then Mehreen Jabbar’s Dobara Phir Se wasn’t quite the commercial hit we had all been hoping for either.

Despite giving a decent performance, Adeel Hussain failed to tip the scales in his favour for either of his films (Ho Mann Jahan and Dobara Phir Se). And actor Bilal Ashraf also did not make the cut for his performance in Janaan.

Despite a couple of snubs here and there, the overall list of nominees is justified. Director Nabeel Qureshi of Actor In Law is undoubtedly the strongest contender in the Best Film Director category and so is actor Fahad Mustafa with two nominations in the Best Actor category.

Best Actress, however, is going to be a bloodbath. While Mahira Khan is obviously a favourite, one cannot overlook Mehwish Hayat and Sajal Aly’s memorable performances in Actor In Law and Zindagi Kitni Haseen Hai respectively.

It’s also interesting to see tables turn and some serious representation of artists from across the border at a quintessentially Pakistani Lux Style Awards show. These include the late Om Puri for his role in Actor In Law, Shreya Ghoshal for her vocals in Janaan as well as Arman Malik for the same. 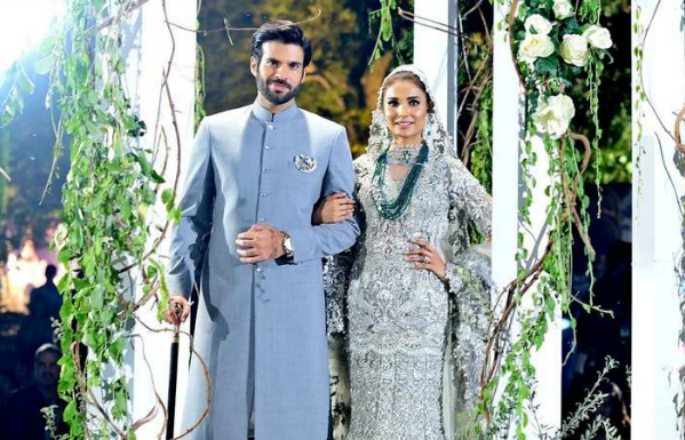 Fashion is the biggest and most widely recognised category at Lux Style Awards for it laid the very foundation of the awards show 16 years ago. And it’s also the most scandalous – often being the reason of criticism relating to bias.

The latest list of nominations is once again a mixed bag. There is an obvious representation of the young and emerging indicating that it might be time for the old horses to step aside and let young fashioners take charge.

Particularly in the case of Model of the Year (Female) category. The likes of Mehreen Syed, Cybil Chowdhry and Fouzia Aman have been left out to welcome young talent like Zara Abid and Anam Malik on the roster.

Veteran Sunita Marshall, who has been swinging between an acting career and modelling one, goes unnoticed once again and so does British-import Sabeeka Imam despite being a popular face across magazines and billboards.

Elan, Faraz Manan, Sana Safinaz and Sania Maskatiya are usual suspects across the Achievement in Fashion Design categories. But there are some glaring snubs in the Luxury Pret department. Sublime by Sara and Feeha Jamshed, who both put up a great show at the PSFW in 2016, have been left out in the cold.

Nabila has finally decided to forego her nomination allowing others to be rewarded for their blood and sweat as well. Surprisingly, the more popular names like Raana Khan and Sabs haven’t earned a nomination at this year’s Lux Style Awards.

High street brands like Khaadi, Generation and Sapphire take over the Pret wear category leaving no room for the aesthetically-strong but not commercially viable designers. Best Emerging Talent is always a tough one. Emerging model Alyzeh Gabol is overshadowed by the likes of Giti Ara and Iman Madani.

It would also be interesting to add the ‘Best Stylist’ category in the near future as the past year has seen a surge in styling careers. Or better yet, include them in the Emerging Talent category. 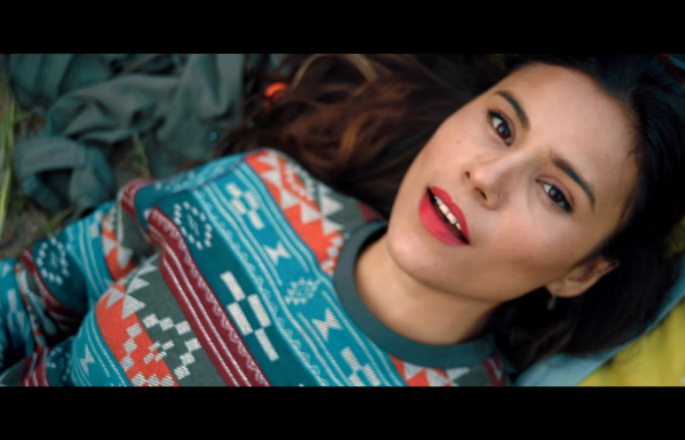 The music category is perhaps the most diverse one. Since last year, the Lux Style Awards have become more open to indie acts because commercial pop artists are hardly making any music. Most just resort to the annual Coke Studio stint to reiterate old classics.

Lack of originality in the mainstream meant more recognition for the indie music scene and once again, they seem to be leading the way. From Sibti and Rudoh to Natasha Baig, indie artists are ruling the nomination list.

Popular acts like Zoe Viccaji and Uzair Jaswal also get a nod to maintain a balance. But in a snapshot, Pakistani music is definitely experiencing evolution.

Interestingly, the Lux Style Awards – which have repeatedly criticized for not having the timing right – are scheduled to take place well in time this year – on 19th April 2017!

All other categories will be decided by Jury votes.