Former cricketer Sachin Tendulkar and young actor Sunny Pawar are just some of the special guests to be honoured at The Asian Awards 2017 on 5th May 2017.

Cricketing legend, Sachin Tendulkar, and child actor Sunny Pawar are to be honoured at the annual Asian Awards 2017.

The prestigious event, which is now in its 7th year celebrates outstanding individuals across the pan-Asian community.

Young actor Sunny Pawar is expected to receive the ‘Rising Star’ award at the glamorous ceremony.

His bubbly demeanour and close friendship with Dev Patel led to Sunny stealing many hearts on the red carpet during the Hollywood awards season.

Playing the role of young Saroo Brierley, Sunny delivered a stunning portrayal of the real-life Saroo who was adopted by an Australian family at the age of five.

Many Hollywood stars, such as Viola Davis and Dwayne Johnson, have already cited him as one to watch. Therefore, it’s only fitting that he should receive the award. The Rising Star Award acknowledges the talents of upcoming young Asian stars. 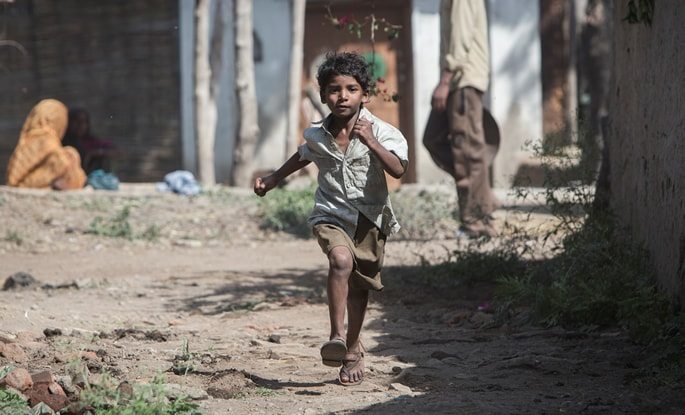 Paul Sagoo, the founder of the ceremony, spoke highly of Sunny and his portrayal in Lion. He explained:

“The Asian Awards prides itself on honouring people who have achieved the highest levels in their craft. We have been waiting for someone to come along whose debut fits that description in order to justify creating the Rising Star Award. Finally, we have found that achievement in Sunny Pawar.

“What he has achieved in such a short space of time and without the resources afforded to many, is nothing short of remarkable. It is a travesty that other award ceremonies overlooked his performance in the film ‘Lion’ and we want to correct that.

“By honouring him we show to the world that even people from the humblest backgrounds and smallest of experience can achieve great things. This will be an award to remember.”

Sunny is just one of the many special guests who are expected to attend this year’s ceremony at the London Hilton on Park Lane. London Mayor Sadiq Khan and Hollywood starlet Lindsay Lohan will also be in attendance.

Another star expected to receive a career-defining award is the sports icon, Sachin Tendulkar. After previously winning the ‘People’s Choice Award’ and also ‘Outstanding Achievement in Sport’, the cricket legend will now have the ‘Fellowship Award’ under his belt.

Sachin Tendulkar definitely hails as one of the most deserving candidates for this award.

Earning himself the nickname ‘Master Blaster’, he has become a huge household name by being arguably the greatest batsman ever.

Therefore, with the ‘Fellowship Award’ recognising the achievements of worldwide legends, Sachin Tendulkar will join the ranks of previous winners including Sir Ben Kingsley, Ravi Shankar and Jackie Chan. 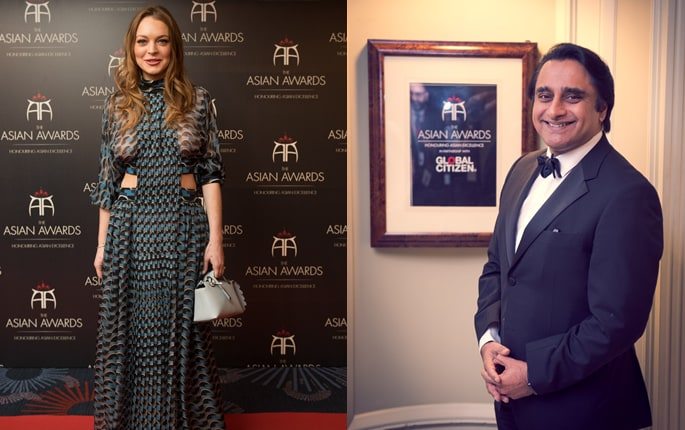 Taking place on 5th May 2017, the prestigious event will be held at the luxurious London Hilton hotel on Park Lane.
Sanjeev Bhaskar will host the awards ceremony for the first time.

Winning his own award in 2015, the comedian will no doubt make an excellent job as host and surely provide guests with many humorous jokes on the night.

Bollywood royalty is also expected to return to The Asian Awards 2017, which has previously welcomed the Badshah of Bollywood Shahrukh Khan.

For 2017, Indian film fans can expect the young superstar Varun Dhawan on the red carpet. The Bollywood heartthrob is currently shooting in London.

He will be joined by Anupam Kher, Jacqueline Fernandez and Amy Jackson.

Images courtesy of Javed & Mizan and The Asian Awards