Cricket legend Sachin Tendulkar has made his singing debut in the song “Cricket Wali Beat.”

The duo sang the song live on Sunday 2nd April 2017, performing it on the finale of Indian Idol‘s ninth season.

While Sachin released “Cricket Wali Beat” on his music app, 100MB, fans can now watch the music video on Youtube.

Speaking of the collaboration to NDTV, Sonu says:

“He is a very good singer. We did not use pitch corrector on his voice as he was singing in the right sur (tone) and [despite being] the shy person that he is, he got extremely comfortable the moment I kind of increased the masti (fun) quotient while we were shooting the video.” 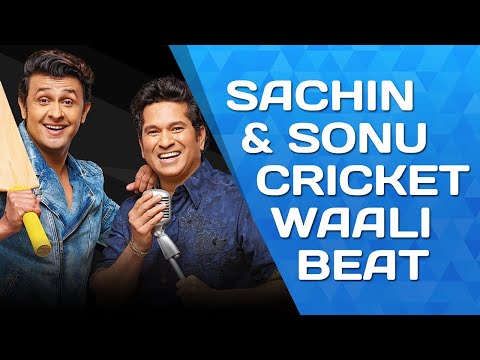 The song and the music video have received positive reviews, both from former colleagues and from fans.

Meanwhile, fans took to twitter to express their support for the song:

Love love love @sachin_rt in the new song #CricketWaliBeat!! Is it wrong if I can't help joining in the 'Sachin Sachin' chant? ? #memories

He named all the players he played with in the song. Amazing. #100MB #CricketWaliBeat @sachin_rt

Respected throughout the cricketing world, Sachin Tendulkar is also one of the most recognised faces in the world, thanks to his many brand endorsements.

Tendulkar’s acclaim is so high that a documentary on his life and career titled “Little Master” will be released on 23rd April 2017, the eve of his 44th birthday.

And now, he can add the success of “Cricket Wali Beat” to his career highlights.

Vivek is a sociology graduate, with a passion for history, cricket and politics. A music lover, he likes rock and roll with a guilty liking for Bollywood soundtracks. His motto is “It Ain’t Over Till It’s Over,” from Rocky.
Virat Kohli not ‘So Friendly’ with Australian Players over Test Series
IPL 2017 set to Host Eight Opening Ceremonies