Master Blaster Sachin Tendulkar, India’s most prolific batsmen was the first Indian sports person to be awarded membership of the Order of Australia.

"Playing the top side in the world, completely changed me as a cricketer"

Sixth November was a good day for veteran batsman Sachin Tendulkar and his fans. The legendary Bradman of Indian cricket received Australia’s highest civilian award, the Order of Australia in his native Mumbai.

The Little Master who was the 3rd Indian to receive this award said it was a big overseas honour for him. Tendulkar was very happy in his expressive speech after receiving his medal from Minster for Arts Simon Crean. However former Australian Cricketer Matthew Hayden and MP Rob Oakshott felt the special award should not have been awarded to non-Australians.

Prime Minister Gillard had announced last month on an official visit to India that Tendulkar would be honoured with the Order of Australia. Though it is very rarely conferred to non-Australians, Gillard expressed her decision as being very special. 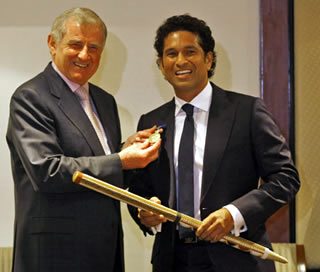 “Cricket is of course a very great bond between Australia and India. We are both cricket mad nations. So, I am also very pleased that we are going to confer on Sachin Tendulkar membership of the Order of Australia,” she had said.

From an Australian perspective, Tendulkar has always been regarded as the contemporary ‘Indian Bradman,’ ranking him parallel to the great Sir Don Bradman. The great Pakistan batsman Zaheer Abbas, fondly called the run machine is known as the Asian Bradman. But the Australian’s have often seen Tendulkar in Bradman’s light, remembering the late iconic batsman through his feast of runs.

The Australian government rewarded Tendulkar for his services to cricket and building a good relationship between the two countries inside the field of sports.

At a ceremony held in the Mumbai, one of the greatest batsman of all time received honorary membership of the Order of Australia, given by the Australian government.

The medal representing the sea and the ‘Golden Wattle Flower’ was presented to the Indian batsmen and placed on the right side of his jacket by Minister Crean. 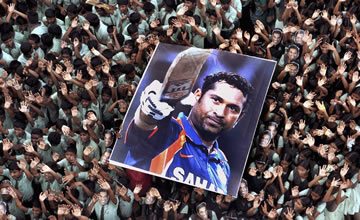 Tendulkar conveying his gratitude thanked Australian state officials, Australian cricket and fans for appreciating and acknowledging his services to cricket. He said:

“It is overwhelming, first of all I want to take this opportunity to thank honourable Prime Minister Julia Gilard, Minister Crean, the High Commissioner and the Council General. Obviously how can I forget the people of Australia who supported me over the years. I want to thank them for this huge honour. This medal means a lot to me.”

Tendulkar recollected some of his golden moments when touring Australia. Sachin said outside of India he loved playing in Australia, particularly at the Sydney Cricket Ground. He appreciated the fact that whenever he played in Australia, the crowd gave him a grand ovation. He acknowledged the professionalism and fairness of the Australians cricketers.

“The Australians are fierce cricketers, but when you do well against them, they shower you with compliments,” Tendulkar added.

Talking of how he was influenced by Australian cricket and the dream to play at some venues where Bradman had set foot on he said:

“When I was only 12 years old, watching the fantastic day night matches on Television, I started dreaming one day I will go there and play cricket. It turned into reality in 1991-1992. I was eighteen years old at the time, it was really great to spend three and half months in Australia.”

He further said that the experience he took from his debut tour to Australia quickly matured him as a cricketer. “Playing the top side in the world, completely changed me as a cricketer. It was a critical moment of my career,” said Tendulkar.

The British Monarchy established the Order of Australia in 1975, to recognise achievements of Australian Nationals. Very few Non-Australians have won this award. Tendulkar is the second living Indian to receive this medal, which is classified under a general category.

Previously in 2006 Attorney general Soli Sorabjee was appointed honorary member of the Order of Australia. The late Mother Teresa was honoured in 2007, ten years following her sad demise.

In 2009, West Indian Cricketer Brian Lara was also appointed honorary member of the Order of Australia after a successful career often being matched by non other than Tendulkar himself.

In 2003 Sir Garfield Sobers was honoured similarly for his services to cricket in Australia. Before this Clive Lloyd was recipient honorary officer of the Order of Australia in 1985. 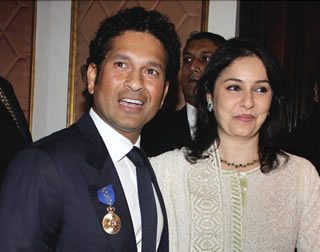 What was a memorable day for Tendulkar turned a bit sour when former Australian opener Matthew Hayden went on air to say that he should be not be honoured. He said:

“I think the honour should be exclusive to Australians. There are things that are sacred amongst our country. I understand the point that he is an iconic figure. If Sachin was living in Australia – give him the Prime Minister’s gong I reckon – but the reality of it is he’s living in India.”

The uproar did not end there as MP Rob Oakshott termed it as a soft diplomacy ploy on behalf of the government. Though he admired Tendulkar, he did share similar sentiments as he felt the order should be focused on Australian community work.

“It’s about the integrity of the honours list which should be for Australians,” he said.

However other cricketers were more supportive of this award given to Tendulkar. Former Australian opener, Adam Gilchrist positively stated that Tendulkar had contributed twenty-two years of healthy cricketing relations between India and Australia.

In a career spanning from 1991-2012 [Still playing], Tendulkar has a brilliant test average of 53.20 against Australia in Australia. He has made six centuries with his highest score of 241 not out made at his favourite ground Sydney in 2004. 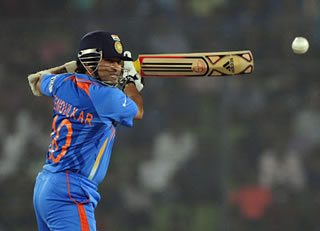 One of his career highlights has to be Tendulkar’s match winning performance against Pakistan in the group stage of the 1992 World Cup. At the time the 18-year-old teenage wonder provided the Indian innings with a solid score, contributing a half-century at the Sydney Cricket Ground.

He has not fared as well in One-Day Internationals [ODI] during the same period, averaging 30.83 against Australia in Australia with only one century to his name. However his overall ODI average of 44.83 shows what a pure batting genius he is.

Today’s generation of cricketers love Tendulkar and look up to him as a role model. At this age to keep playing and receiving this award is very special indeed. Everyone wants to try and emulate his style of play. Even if players achieved half of what he has attained, they would feel they have come away with something good in their career.

Many people feel that his tour down under in 2012 maybe his last, but who knows how long he will continue to play. Tendulkar facing calls to retire scored just 13 runs in India’s empathic win against England at the Sardar Patel Stadium in Ahmedabad. Though there are many special moments in Tendulkar’s cricketing career, this award from a special country is one he will cherish forever.

Faisal has creative experience in the fusion of media and communication and research which increase awareness of global issues in post-conflict, emerging and democratic societies. His life motto is: "persevere, for success is near..."
Pakistan wins 2012 Asia Kabaddi Cup
India wins 2012 Men’s Kabaddi World Cup