India is crowned the Men’s Kabaddi World Cup champions after beating Pakistan 59-22. Retaining the men’s title of the Pearls Kabaddi

"We are confident of winning the trophy."

For the third consecutive time, India were the victors winning Pakistan comfortably with a score of 59 versus Pakistan’s 22. 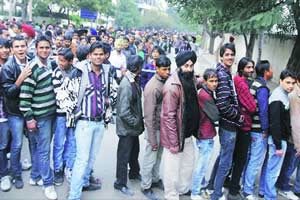 The attendance of fans for the final was so overwhelming such that the overcrowded stadium needed police to do a lathi charge to get the crowds under control especially around gates 5 and 7 of the stadium.

Entertainment before the match started was provided by Bollywood singer Sukhwinder Singh, Punjabi singer Raja Bath who promoted an anti-drugs message and a dazzling fire show. Poet Padmashree Surjit Pattar won hearts with his poem on strengthening Indo-Pak relations. The host for the game was Punjaban star Satwinder Satti who encouraged everyone to promote the game.

The final ceremony featured Bollywood superstars Akshay Kumar and Katrina Kaif, and Punjabi singer Diljit Dosanjh together with many other performances. 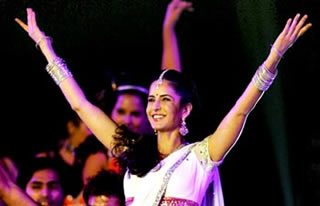 With an intent to promote the game as much as possible, Sukhbir Singh Badal announced an increase in the prize money for the Women’s Kabbadi World Cup from Rs.51 lakh to Rs.1 crore from next year.

India and Pakistan made it to the final with relative ease in the tournament. In the first semi-final, Pakistan defeated Canada scoring a reputable 53-27 and then in the second, India thrashed Iran 72-23.

Incidentally, Canada had beaten Pakistan in the semis in the 2011 Men’s Kabbadi World Cup.

The 2012 final gave India the chance to have revenge after they lost to Pakistan in the 2012 Asian Kabaddi Championship in Pakistan, and conversely, it gave Pakistan the opportunity to beat India for the first time on Indian soil.

Before, the game, Indian captain Sukhbir Singh Sarawan said: “We are confident of winning the trophy. We have prepared well for the World Cup.” 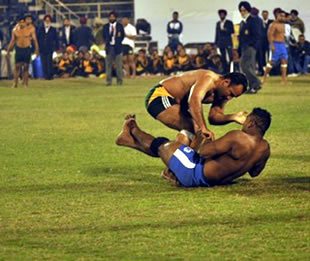 Pakistan captain and stopper Javed said: “We have come to India well prepared. We have a good attacking and strong defence (stoppers) line. We have learnt from the past mistakes and we are confident that we will not repeat them. During the coaching camp in Islamabad, we had work on our shortcomings. We now have a balanced and strong team.”

However, Pakistan’s strategy was not strong enough as India took the game from the start and gained an initial lead of 9-0.

Pakistan then stepped up and claimed some points back. But by the end of the first half the score was India 34 and Pakistan 9, showing India’s domination of the game in Punjab. 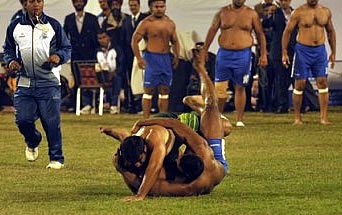 It was a rewarding moment for Gagandeep Singh Gaggi Kheeranwali and Eakam Hathur as they both were awarded Preet Tractors as a prize after being nominated as the Best Raider and Best Stopper in the final of the World Kabaddi tournament.

For the Indian women’s team, Priyanka Devi was given the title of the Best Raider and Jatinder Kaur was declared Best Stopper. Both the female players were awarded a Honda motor cycle each worth Rs.55,000.

For winning the World Cup title in Kabaddi, India got prize money worth Rs.2 crore for winning and Pakistan took home Rs.1 crore. Canada who came third in the tournament were awarded Rs.51 Lakh.

The domination of the game gave India an easy win over Pakistan for the Kabaddi final of 2012. Kabaddi is now being recognised more and more as a well-known contact sport and hopefully, events like these will promote this game further for it to be played formally in other countries.

Baldev enjoys sports, reading and meeting people of interest. In between his social life he loves to write. He quotes Groucho Marx - "The two most engaging powers of an author are to make new things familiar, and familiar things new."
Tendulkar honoured Order of Australia
Pakistan in Historic T20 win against India