"If India wins, it means Pakistan’s neighbour has won and we will congratulate you."

On Saturday 14 December, the men’s Indian Kabaddi team won the World Cup trophy for a fourth year on the run with a close fought game against their arch rivals Pakistan at the Guru Nanak Dev Stadium in Ludhiana, Punjab.

“If India wins, it means Pakistan’s neighbour has won and we will congratulate you. If Pakistan wins, your (India) neighbour wins and you congratulate us.” 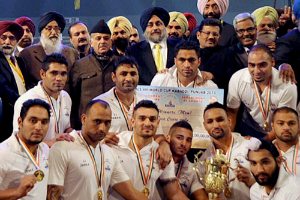 Amongst the many Indian and Pakistani celebrities was Fariha Pervez and Bollywood actor Ranveer Singh who performed before the final.

India came into the final facing their bitter rivals for the fourth time in five years and have never been defeated so the pressure was on the Pakistan team from the beginning. There is losing, but then there is losing to your nearest and fieriest rivals.

Coming into the final, India beat Kenya, Argentina, USA and Spain in the pool matches before seeing off England in the semi-finals. Pakistan on the other hand beat England, Canada, Sierra Leone, Denmark and Scotland before brushing off USA in the semi-finals.

The battle started off with Pakistan taking the first point (0-1). The game was neck and neck and India took a slight advantage with 9-7 before Pakistan hit back and made it 9-10.

The star studded crowded erupted with joy every time India won points whilst fell completely silent when Pakistan won a point. The expressions on the faces of the dignitaries were forever changing from joy to pain. 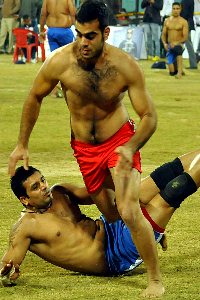 It was a very close knit match with points exchanging hands repeatedly and at 14-14, India took a slight lead 16-14 but Pakistan tied it back to 16-16. With a strong raid attack, India pulled away with a 19-16 lead.

Going into half time India has a slender lead of three points at 22-19.

The second half was very much the same as the points went back and forth, with India holding a slender advantage of 28-25.

As the pressure was put on the Pakistani’s you could see the pleasure on the faces of the Indian crowd especially the broadened smile on the Deputy CM Sukhbir Badal and actor Ranveer Singh whose over excited clapping was not missed as the Indians took a four point lead at 30-26.

The response from Pakistan was rapid and they clawed it back to 30-29. The cheers of ‘Punjabis love Kabaddi!’ from the crowd spurred on the home team and the score went up to 35-30 in favour of India.

Pakistan continued to fight back and the score was 36-32 but India started to dominate with continuous attacks and took the game by the scruff of the neck and made it 47-39, an eight point lead. 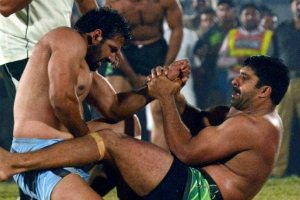 India eventually took the final point needed and in doing so won the match 48-39.

India captain Sukhbir Sarawan led his team through some warm handshakes with his counterpart Pakistan captain Babar Gujjar and his team before some celebrated bhangra dance moves from the World Cup champions.

India’s Haravinder Singh Dulla was voted Best Raider and Balbir Singh Best Stopper of the tournament respectively, and they were both awarded a tractor each.

India had beaten their arch enemies again in a tough fought match for the fourth time in as many years. 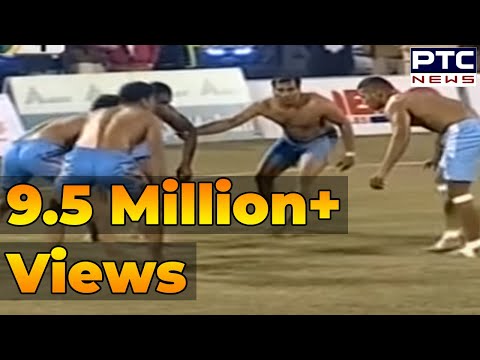 Two days prior to the men’s final, the women’s final was played at the Guru Gobind Singh Sports Complex in Jalandhar, between India and New Zealand.

The Indian women’s team beat New Zealand, USA and Kenya in the pool matches whilst New Zealand beat Kenya, USA and were defeated by the Indians.

In the semi-finals, New Zealand saw off Denmark 45-25 and India hammered Pakistan 46-25. This set up a rematch between the two pool teams and New Zealand’s first final in their debut season.

The Indian ladies led the charge from the offset and took command of the match from the start to the finish. A blistering strong second half left the debutantes New Zealand in tatters and secured a third trophy in a row for the Indians.

India won the match 49-21 with Anu Rani being declared Best Stopper and Ram Bateri announced as the Best Raider of the tournament. Both ladies were proud of their efforts and happily accepted cash and a Maruti Alto each as prizes.

Kabaddi is an increasingly popular sport around the world. Predominantly played in the Indian Subcontinent, the game sees two teams of seven members each occupy opposite halves of a field.

Each has three supplementary players held in reserve. The game is played with 20-minute halves and a five-minute halftime break during which the teams exchange sides. 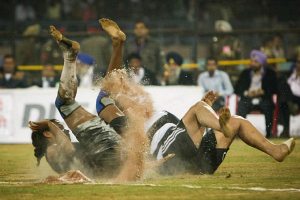 The goal of the defenders is to stop the raider from returning to the home side before taking a breath. If any of the seven players cross the lobby without touching the raider he will be declared as ‘out’.

The raider is sent off the field if they cross a boundary line or if a part of the raider’s body touches the ground outside the boundary (except during a struggle with an opposing team member).

Each time when a player is ‘out’, the opposing team earns a point. A team scores a bonus of two points, called a ‘lona’, if the entire opposing team is declared ‘out’. At the end of the game, the team with the most points wins.

It was a blistering team performance from both the Indian men and women’s team to win their respective titles; and what an achievement it was, not only to defend their titles but to carry on their winning streak of World Cup trophies.

Sid is a passionate about Sports, Music and TV. He eats, lives and breathes football. He loves spending time with his family which include 3 boys. His motto is "Follow your heart and live the dream."
Teeing up with Golfer Daanyal Spalding
Premier League Football 2013/2014 Week 15