Cricket’s fourth TWENTY20 World Cup 2012 is underway in Sri Lanka. We preview the tournament with a historical perspective and highlighting some of the favourites for this tournament.

Cricket lovers throughout the world will become ‘diurnal and nocturnal creatures’.

The Twenty20 World Cup 2012 started on September 18th. A floodlit match between hosts Sri Lanka and a young Zimbabwe team in Hambantota was the first match.

India started their campaign on September 19th against the talented associated nation of Afghanistan in Colombo, whilst Pakistan face New Zealand in their first game at Palekelle on September 23rd.

The three-week long competition, also known as T20, promises a veritable carnival of cricket, amid years of match-fixing controversies. Throughout the tournament and by the end we should all have an indication of ‘how the land lies’. This will be the fourth and most interesting World Cup, especially with the inclusion of an in-progress Afghanistan team. 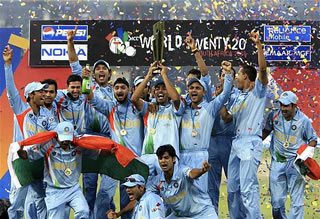 The first two T20 World Cup tournaments held in South Africa in 2007 and England in 2009 were won by India and Pakistan respectively. The third, held in the West Indies, had been won by England – a first World Cup triumph for them in all forms of cricket.

Afghanistan secured their World T20 berth with a 47 runs victory against Namibia in a preliminary final, only then losing to eventual winners Ireland in the T20 qualifier final played in Dubai.

We have a pretty fair notion of who we feel are the major favourites for this tournament and the elements that will constitute a successful challenge. Each team compounds not only to current form, but team assessment links to their countries cricketing character, history, identity, politics and national culture. 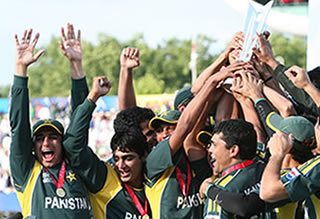 Pakistan is a highly talented and explosive team, which on a given day can play some real entertaining cricket. However, had it not been for the spot fixing controversy back in August 2010 and ongoing selection matters, Pakistan would be a clear favourite with an electrifying fast bowling line up for this tournament. Saeed Ajmal, the current Number One ranked bowler in all three formats, will be a lethal force for the Pakistan team in spinner friendly conditions.

South Africa often regarded as the ‘Chokers of World Cricket’, will once again try to overcome this label and win their very first World Cup event.

India will be banking on them to do the double, having won the World Cup ODI edition last year. Barring an inform Zaheer Khan, their bowling department is once again a major concern. In Mahendra Singh Dhoni, they have one of the coolest and calmest captains around with exceptional leadership attributes.

“I expect the crowd, listeners on the radio and TV viewers to enjoy Baila songs accompanied with Molama and Papare music during the matches.”

All in all the fans, and the pundits want to follow an exciting tournament free from any major controversy.

Here is a brief look at the prospects of the twelve competing nations:

Afghanistan is not expected to win any one of their two group matches. In practice they will be disappointed if they do not achieve at least one victory added to their recent spirited performance against Australia in Sharjah.

The Australian team will be hoping to go one step further in this format, having lost in the final to England two years ago in the West Indies. They are a team with experience and some young exciting players for the future. The team is somewhat rebuilding and due to its infancy probably will not go beyond the Semi Finals. But you can never discount the mighty Australians, as they are always very competitive.

Players to watch out for: George Bailey [Batsmen], Pat Cummins [Bowler], Glenn Maxwell [All Rounder] and Shane Watson [All Rounder].

Former Pakistan Coach Richard Pybus, now the coach of the ‘Tigers’ will be hoping to cause an upset or two in this tournament. Their best bet to win is if they catch Pakistan off guard and play a super match against the Kiwis. They should take confidence from this years close encounter with Pakistan in the Asia Cup final, losing in the final over, by just two runs.

The England team that defends the World TWENTY20 World Cup is infinitely superior to the one, which won the title at the Kensington Oval, Bridgetown: Barbados. Yet essentially it has the same eight players from the last World Cup Twenty20, with some young fresh faces added to this squad. Despite England making a workmanlike performance this summer against the South African tourists, they will be hoping to up the tempo if they wish to retain the title in this format of the game.

Although India’s selectors resisted making wholesale changes, they did bring back the experienced Harbhajan Singh and the rejuvenated Irfan Pathan back into the team for this prestigious tournament. Things maybe looking up for India once again, with the return of Yuvraj Singh to bolster an already world class batting line up. Virat Kohli who has recently been voted ‘ODI cricketer of the year’ will be keen to continue his excellent form and take India to a double World Cup glory inside two years.

Coached by former West Indian Opener Phil Simmons, the Irish would be hoping for a repeat performance of their shock wins against Pakistan and England in the last two ODI World Cups. This could be the last World Cup for a number of players, and I am sure they will try their level best to go out on a high, with some more Irish luck on the way.

New Zealand has a difficult task in making an impression on the favorites in this World Cup. They have enough quality players to go on further and possibly reach the semi finals once again. Though they lack the final instinct, they might just surprise us with a bit of good fortune.

Perhaps the most unpredictable side in the tournament, Pakistan strength now lies in their spin-bowling quartet of Ajmal, Afridi, Hafeez and Hasan. Not for the first time, Pakistan selectors surprisingly left out young left arm fast bowler Junaid Khan, which they may later regret. The team’s success heavily depends on how they well chase and the performance of their fast bowlers.

South Africa could not have a better foundation on which to build its World Cup campaign and finally lift the trophy for the first time. The pressures on AB De Villiers largely united team, which has beaten England to claim the No. 1 spot in the ICC test rankings. I think they have a well balance team, barring the exclusion of the exuberant Imran Tahir. I think they have missed a trick by not selecting him, as he proved to be an instant success at last years fifty over World Cup held in the Sub Continent. Hashim Amla is a key player for the Proteas and has single handily tormented English bowlers during this year’s summer tour of the England.

Sri Lanka will naturally be tagged as one of the favourites with home advantage. But I think they are a team, which has yet to click collectively over a long period of time. A number of players are now reaching the age, where they must be contemplating retirement. But the good news is that they do have some young exciting players coming through and all depends on how they perform on the big stage. I would expect Sri Lanka to proceed to the Super Eight stage at the very least.

The team once again goes into the tournament as underdogs, especially given their inconsistent performances in recent ICC World Cup events. All of their star players must rise to the occasion if they are to progress to the later stages.

After years of political turmoil and interference, the Zimbabwean team will be hoping for an improved performance, though it is highly unlikely that this young team will cause an upset.

The teams will be decked out in their unique coloured clothing, while a white ball and black sightscreens will be used in all of the 27-Day Night fixtures. The matches will be played across three different picturesque grounds including the Mahinda Rajapaska Stadium in Hambantota and the Palekelle Cricket Stadium situated in Kandy. The final, will be played under lights at the vast Premadasa Stadium in Colombo.

Cricket lovers throughout the world will become ‘diurnal and nocturnal creatures’. Everyone is eagerly anticipating a ‘Fungama Carnival of Cricket,’ creating the perfect party atmosphere.

Faisal has creative experience in the fusion of media and communication and research which increase awareness of global issues in post-conflict, emerging and democratic societies. His life motto is: "persevere, for success is near..."
India wins Silver at Paralympics 2012
West Indies lift 2012 T20 World Cup