Hayes Man jailed for Strangling and Murdering his Mother

Majid Butt has been sentenced to life in prison for murdering his mother. A vicious crime he confessed to at his local police station.

"I came here to confess that I have strangled my mother."

Majid Butt, aged 51, from Hayes, was sentenced at the Old Bailey Crown Court to life imprisonment on Wednesday, September 12, 2018, for murdering his mother.

He must serve a minimum term of 15 years and 10 months.

It was heard that Butt strangled, his mother, Onees Khatoon, aged 71, with a cable after she asked him to move out of the family home.

Just half an hour after committing the murder, Butt walked to Hayes police station where he calmly told a police officer that he had killed Mrs Khatoon.

He told police: “I came here to confess that I have strangled my mother.”

Officers attended the address in Gade Close, where both Butt and his mother lived. 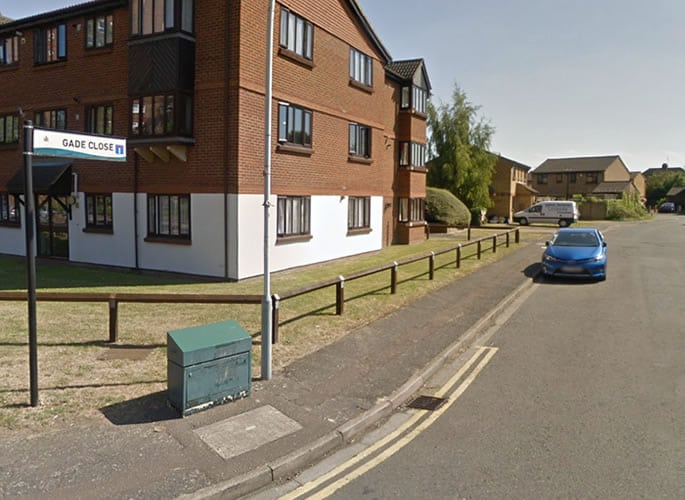 They found the victim’s body, where she was later pronounced dead.

Detectives from the Homicide and Major Crime Command launched an investigation.

In an interview with detectives, Butt admitted killing his mother with an electrical cable.

He later claimed that he acted in a “moment of madness” after she threatened to throw him out of their home.

A post-mortem took place at Fulham Mortuary on May 14, 2018, and found signs of asphyxia and neck compression.

Butt was charged with murder on the same day.

It was heard that Butt had lived with Mrs Khatoon for 41 years and was invited back to her house in October 2017.

He was previously asked to leave the house in 2009 following the death of his father.

It was found that Mrs Khatoon was vulnerable and had limited mobility due to serious health issues including heart problems and diabetes.

Detective Chief Inspector Noel McHugh said: “She was in no position to defend herself.”

“Distressingly, the person who she raised and supposed to be taking care of her in old age has turned on her with fatal consequences.”

Butt pleaded guilty to murdering his mother at the Old Bailey Crown Court on Wednesday, September 5, 2018.

He said: “No sentence I can pass can undo what you did.”

“What you did do in killing your own mother, the person who brought you into this life was an act of unusual wickedness.”

“Everyone has a duty to care for and protect their mother. You breached that duty in the most emphatic way.”

Joe Stone QC, defending, said that Butt had previously been a loving and caring son.

He said: “This is a tragic, spontaneous act that has been triggered in highly-charged, extreme circumstances.”

“The background is he loved and cared for his mother over a substantial period of time.”

While remanded in Belmarsh prison in August 2018, Butt wrote a letter expressing his remorse for his crime.

The letter was read in court: “None of my family should have to go through such trauma caused by my moment of madness.”

“I accept my crime and I deserve to be punished.”

“It is my family who are now being punished and suffering for my shameful behaviour.”

“I sincerely hope and pray they can forgive me. I’m truly sorry for my actions.”

Dhiren is a journalism graduate with a passion for gaming, watching films and sports. He also enjoys cooking from time to time. His motto is to “Live life one day at a time.”
Pawan Maini named new County Manager of Mace for India
Birmingham Man jailed for ‘Cash-for-Crash’ Fraud