Rajveer Wadhwa was caught smuggling drugs and cigarettes into the UK and has been sentenced to four years and eight months in jail.

Rajveer Wadhwa, aged 43, from Hayes was sentenced at Isleworth Crown Court on Tuesday, August 14, 2018, for smuggling drugs and cigarettes into the UK.

Wahwae has been jailed for four years and eight months for smuggling hundreds of thousands of cigarettes and drugs via ferry at the Port of Felixstowe in Suffolk.

Officers from the Met’s Aviation Policing Command became suspicious that Wadhwa was smuggling drugs into the country.

They acted on intelligence to bring him to justice.

The court heard that on February 23, 2017, police executed a search warrant on three commercial units on Cranford Lane in Hounslow.

In the units, police found approximately 988,500 tramadol and diazepam tablets, 588,200 cigarettes and smaller quantities of other drugs, all of which were seized. 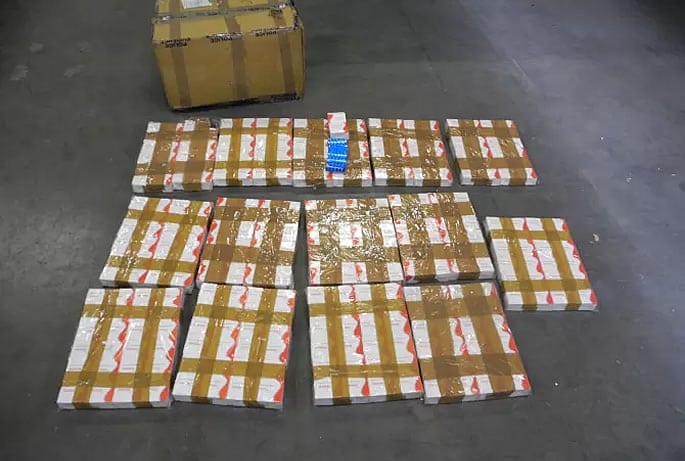 Officers found the units were registered to Wadhwa and arrested him on suspicion of importation of Class C drugs through an airport; money laundering; and possession of a Class A drug.

Approximately £17,000 (Rs. 1.5 million) in cash was also seized from Wadhwa’s home and car under the Proceeds of Crime Act.

They also recovered a number of Class B drugs from his home.

Investigating officer PC Tom Blair, from the Met’s Aviation Policing Command, said: “This fantastic result is thanks to a pro-active, intelligence-led investigation into smuggling at airports.”

“We have taken a vast quantity of prescription-only drugs off London’s streets. These are drugs which, if not issued under strict medical guidance, can be addictive and dangerous.”

“Today’s result shows our determination to prevent the harm caused by such drugs and to bring to justice those who break the law.”

Police charged Wadhwa on 15 December with:

The defendant pleaded not guilty to concealing criminal property. He changed his plea on July 31, 2018.

This is not the first time that police have foiled a plot to smuggle large quantities of drugs into the UK. Two men were convicted for attempting to smuggle £9 million (Rs. 90 Lakhs) worth of cocaine through Heathrow Airport in 2017.

Drug smuggling has serious penalties, especially if it is with the intent to supply. Depending on the class of drug, the perpetrator can be sentenced up to life in prison in the UK.

Dhiren is a journalism graduate with a passion for gaming, watching films and sports. He also enjoys cooking from time to time. His motto is to “Live life one day at a time.”
Faryal Makhdoom uses “P**i” on Instagram and Sparks Outrage
Married Man Guilty of Sexual Assault on Young Woman on a Bus