It looks like the BBC Breakfast show has replaced co-host Naga Munchetty with Sima Kotecha along with other changes.

"So good to see you back on the sofa."

It looks like the famous co-host, Naga Munchetty, of the BBC Breakfast show, has been replaced.

The show had the regular team of Naga Munchetty, Charlie Stayt, Jon Kay and Rachel Burden to present its weekend programmes.

Instead of the regular team, two other reporters hosted the show.

The programme of this Sunday was hosted by Sima Kotecha and Roger Johnson.

Earlier, Sima Kotecha took it to Twitter to share the news that she will be hosting the BBC Breakfast.

Sima shared her selfie, with the iconic red sofa from the set of the show.

Along with the picture, She captioned:

Sima’s followers were overwhelmed with the news and many welcomed her back on the show.

“Always love waking up to you lovely. Have a great day.”

“So good to see you back on the sofa.” 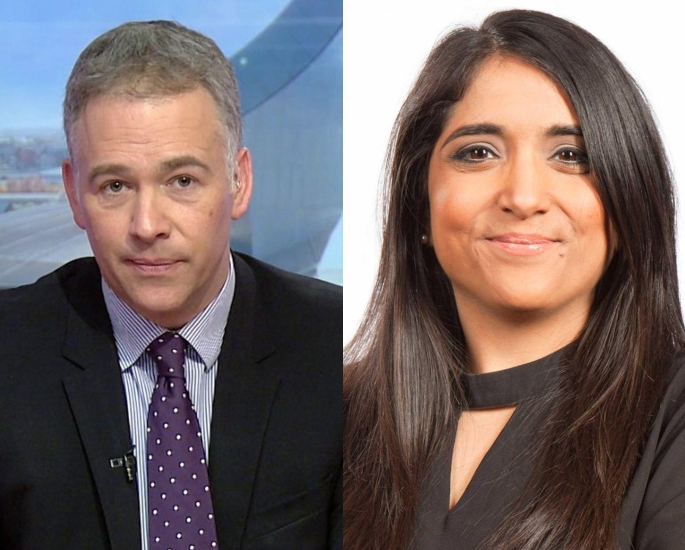 Sima hosted Sunday’s instalment of BBC Breakfast along with Roger Johnson, who is already a regular stand-in on the show.

“Good morning and welcome to Breakfast with Roger Johnson and Sima Kotecha.”

She was followed by Roger, who then carried on to tell what will be in the programme for the day and started with the headlines.

Sima began her career at BBC Radio Berkshire in 2003. She then went on for an internship at the BBC’s New York bureau.

She also worked for the Talking Movies, and BBC Radio 1’s Newsbeat as their New York reporter from 2005 until 2010.

Sima’s focus of interest is in defence and social affairs.

She also became the Midlands Correspondent for BBC News in 2017.

The new host is currently presenting the BBC News bulletin at 8pm.

Therefore, it appears that Sima will now be also replacing Naga Munchetty to host the BBC Breakfast programme.

Not just the BBC Breakfast show hosts, but the weather forecast presenters appear to have been replaced.

Usually, the weather forecast was presented by Carol Kirkwood, a Scottish meteorologist.

Owain Wyn Evans, an emerging presenter would also step in sometimes if Carol was unable to host.

However, they were both replaced by weatherman Ben Rich.

Therefore, it’s likely that this is a major shake-up by the BBC for the weekend breakfast show.