The BBC has reversed a decision to partially uphold a complaint against Naga Munchetty in relation to the race row ruling.

"There was never a finding against Naga for what she said"

He explained to staff that the BBC Breakfast presenter’s comments were not “sufficient to merit a partial uphold” of the complaint against her.

Naga had been found to have breached editorial guidelines when she reacted to Trump’s “go back home” tweet to four Congresswomen.

“Every time I have been told, as a woman of colour, to go back to where I came from, that was embedded in racism.

“Now I’m not accusing anyone of anything here, but you know what certain phrases mean. I can imagine lots of people in this country will be feeling absolutely furious that a man in that position feels it’s okay to skirt the lines with using language like that.”

A viewer later complained about both presenters, but they focused only on Naga at the final stage of the complaints process.

The BBC’s executive complaints unit (ECU) ruled that Naga had crossed the line.

This resulted in huge backlash, with many calling for the decision to be overturned. Naga received support from the likes of Sir Lenny Henry and Gina Yashere who requested an overruling in an open letter.

Many had felt that Naga had been scapegoated by the BBC because the original complaint accused both presenters of “left-wing and anti-Trump bias”. 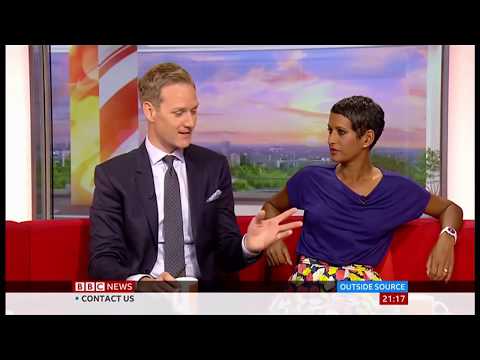 Lord Hall has now overturned the decision and said:

“The Executive Complaints Unit ruling has sparked an important debate about racism and its interpretation.

“Racism is racism and the BBC is not impartial on the topic. There was never a finding against Naga for what she said about the President’s tweet.”

Criticism had increased after it was revealed that the BBC decided to take action against Naga alone, rather than both Breakfast presenters.

“Dan Walker, whilst interviewing a guest about President Trump’s recent tweets regarding 4 Democrat politicians in the USA, repeatedly expressed incredulity that anybody could defend Trump’s tweets.

“Very unprofessionally, he then asked his fellow presenter Naga Munchetty for her personal opinions on this news story!”

“She foolishly complied with his request and launched into an attack on Trump, including stating that she was personally ‘furious’ about his comments.

“They are employed as presenters, not political commentators and as such should at least feign impartiality. It’s about time they were reminded of this.”

The BBC initially defended Naga, stating that she “made it clear that she was making a general point and not accusing anyone of anything”.

The Daily Mail reported that the viewer sent another complaint requesting a further investigation, referring to how the presenter “specifically” made comments directed at Trump’s tweet.

BBC editorial standards chief David Jordan spoke on Radio 4’s Today programme and said Naga was “led down that path unfortunately by her co-presenter [Walker] as you heard on that clip”.

Presenter Nick Robinson replied: “Well, that raises the question some have asked – I don’t want to get our fellow presenter into trouble – they say: well, why pick her out, if they’re both guilty of it?”

Mr Jordan responded: “Well, I’m afraid the executive complaints unit can only deal with the complaints that it receives.” 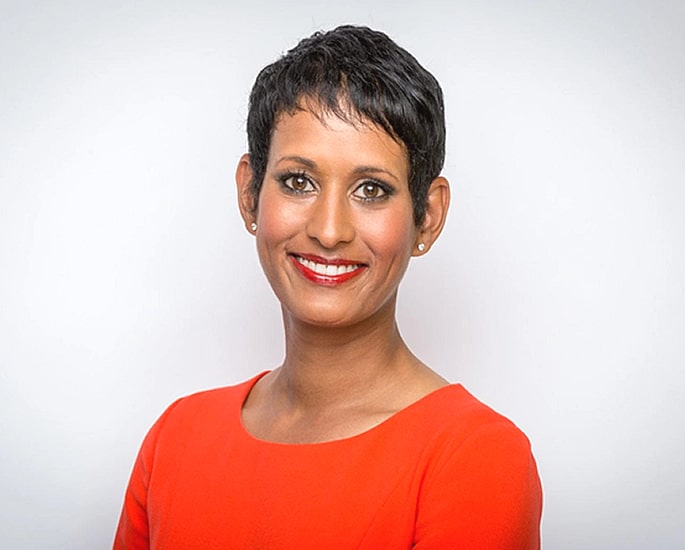 However, he indicated that Naga was the sole subject of the complaint in another interview on Newswatch.

He said: “The simple fact is we haven’t had a complaint about Dan Walker’s role. The complaint was about Naga Munchetty.”

“Many of you asked that I personally review the decision of the ECU. I have done so. I have looked carefully at all the arguments that have been made and assessed all of the materials. I have also examined the complaint itself.

“It was only ever in a limited way that there was found to be a breach of our guidelines. These are often finely balanced and difficult judgements.

“But, in this instance, I don’t think Naga’s words were sufficient to merit a partial uphold of the complaint around the comments she made.

“There was never any sanction against Naga and I hope this step makes that absolutely clear. She is an exceptional journalist and presenter and I am proud that she works for the BBC.

“I have asked the editorial and leadership teams to discuss how we manage live exchanges on air around these topics in the future. Our impartiality is fundamental to our journalism and is what our audiences expect of us.”

Why Kangana Ranaut’s Parents were Shocked with Her
Aishwarya Rai to voice Maleficent: Mistress of Evil in Hindi