Hip hop Bharatanatyam is the new wave that takes all the richness of Indian classical dance and applies it to bass-thumping rap tracks.

"It screams out so much of what I love in life"

A new wave of South Asian dance is coming to light that fuses hip hop and Bharatanatyam, coined ‘Hybrid Bharat’.

Mixing dance genres isn’t entirely new. But many have tried to join the classical style of Bharatanatyam against urban music to no massive avail.

It’s much loved throughout South Asia and saw a modern revival in 2020. Over 10,000 dancers broke the world record for the largest Bharatanatyam performance in Chennai.

However, long gone are the days where South Asian dance is confined to its origins.

In a world of creativity and new trends constantly forming, ‘Hybrid Bharat’ was born. A tantalising mix of punchy rap music and silky Indian movements.

What also sets hip hop Bharatanatyam apart is that the style is more aggressive and feisty.

Some of the performances make you forget that this is one of the oldest forms of dancing. In this modern age, however, this updated version is by far the most compelling.

How Did it Start? 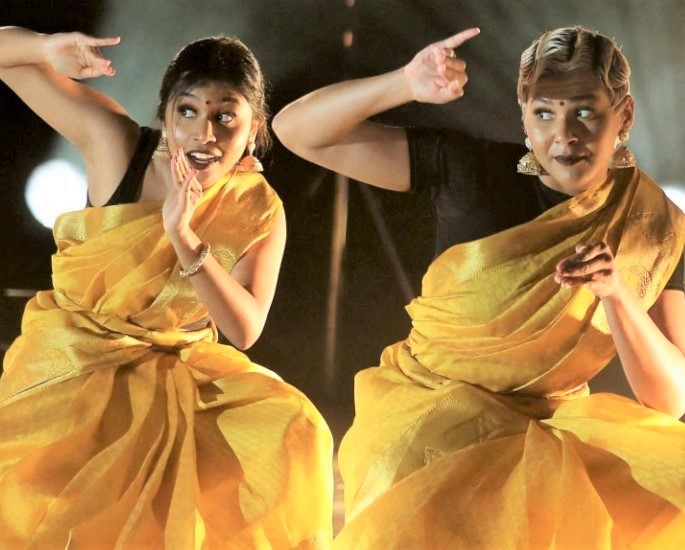 There’s no denying that the main figure creating and popularising ‘Hybrid Bharat’ is Usha Jey.

Usha is a Tamil dancer from Aanaikoddai (Jaffna, Sri Lanka) but resides in Paris after her family escaped the Sri Lankan civil war.

She admits being a hip hop dancer was never in her dreams but others doubting her was motivation to pursue it.

In her training under the watchful mentor Kanon Ghettostyle, Usha went from an introvert to living freely. The vibrancy of hip hop opened the gateway to her creativity.

In turn, this led Usha to Bharatanatyam, telling The Trial Box in 2020:

“I started learning Bharathanatyam in the first place because I wanted to embrace my culture and be connected to my roots.

“It was interesting yet quite challenging as it is a kind of dance form that people start learning from a young age.

For many trained experts in Bharathanatyam, 20 years old to learn the art form is quite late. However, this highlights just how dedicated Usha is to the style.

Similarly, being able to fuse this with her experience in hip hop is mindblowing. The dancer reveals she came up with ‘Hybrid Bharat’ to mix her two loves.

She wanted to be more in tune with her culture and bring this to the forefront. Although, she does not want one genre to overwhelm the other:

“It is about switching style and not modification. I want to keep the essence of the two dance styles.”

“I am trying to balance the western and Tamil culture. Through my Hybrid Bharatham, I am showing my culture to the world.”

Well, Usha has achieved exactly that so far. She started to release thrilling performances on social media which have racked up over 5 million views.

Donning exquisite saris, she and other dancers give gripping performances.

As a viewer, the cultural wear draws your attention and then the blast of hip hop music shocks and intrigues you.

But, it’s the choreography and immense production value which has gripped the dancing industry. 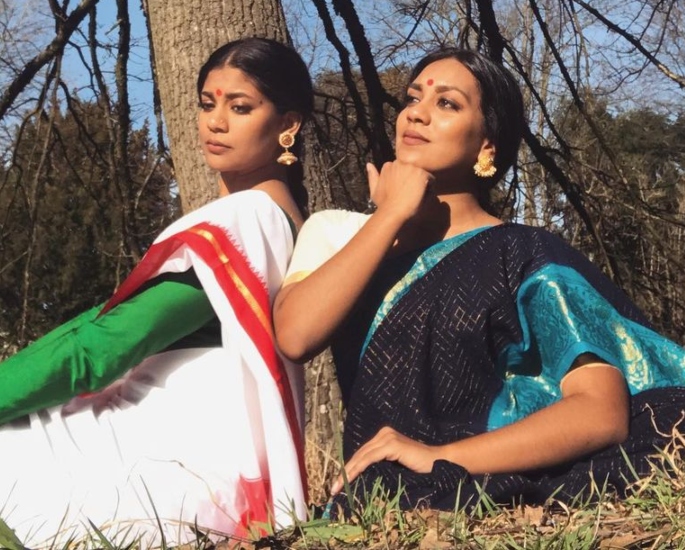 No matter what country of origin a style is formed from, dance is always culturally rich.

The music, movements and routine express different environments, influences and talents. Every dancer in a choreography brings their own unique abilities as well.

This is what hip hop Bharatanatyam is. It’s an electrifying combination of fluid and precise grooves alongside a mainstream rap track that grips you.

It’s only right to look at some of the most iconic dance pieces to truly understand how trailblazing ‘Hybrid Bharat’ is.

This dance, choreographed by Usha Jey herself was the one that put hip hop Bharatanatyam on the map.

Donning chequered dark green saris and jasmine flowers in their hair, the trio give a hypnotic performance. 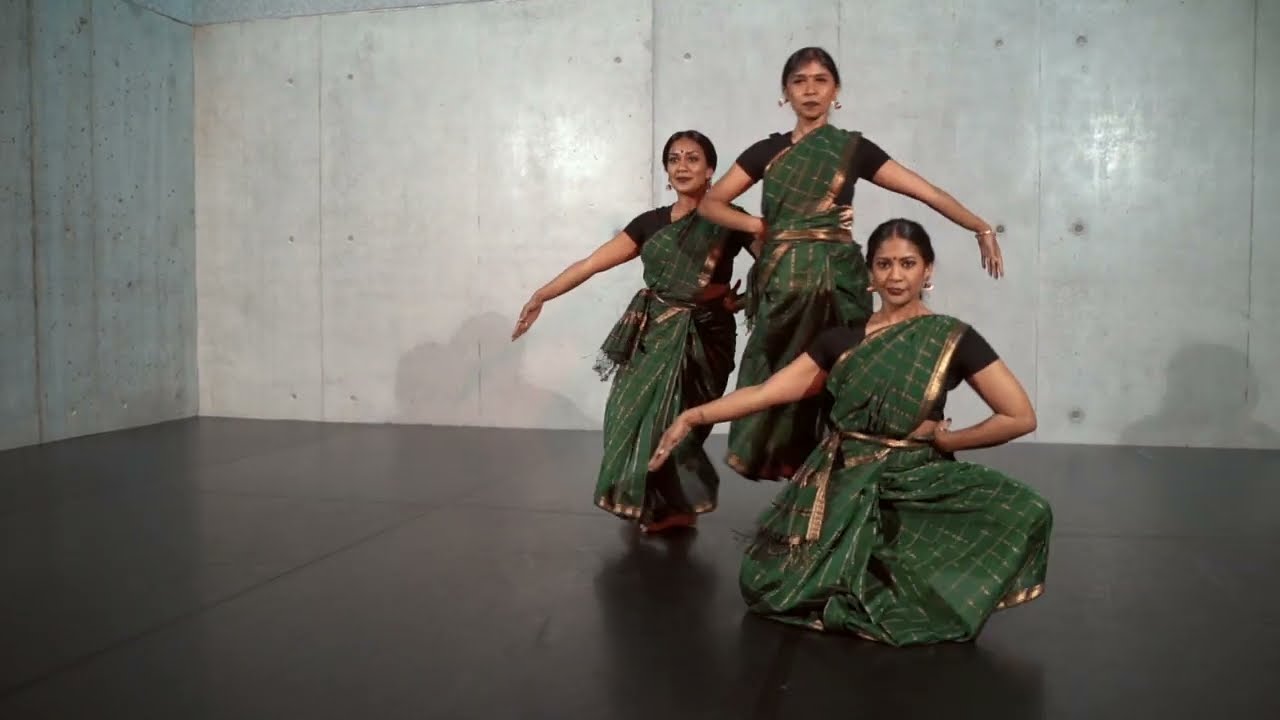 You can tell just how fruitful Bharatanatyam is against hip hop music. It seamlessly blends together and if anything, makes one appreciate the dance style more.

“Straight up, I’ve watched this about 50 times (no hyperbole), because it screams out so much of what I love in life.

“Every movement, facial expression, step is so articulate and tells a tale second by second, beat by beat. Oozing style and attitude.”

Likewise, this next masterpiece has onlookers obsessed.

Again, saris are on show to emphasise the South Asian culture and the facial expressions in this one just top it off.

Take a look at this superb piece: 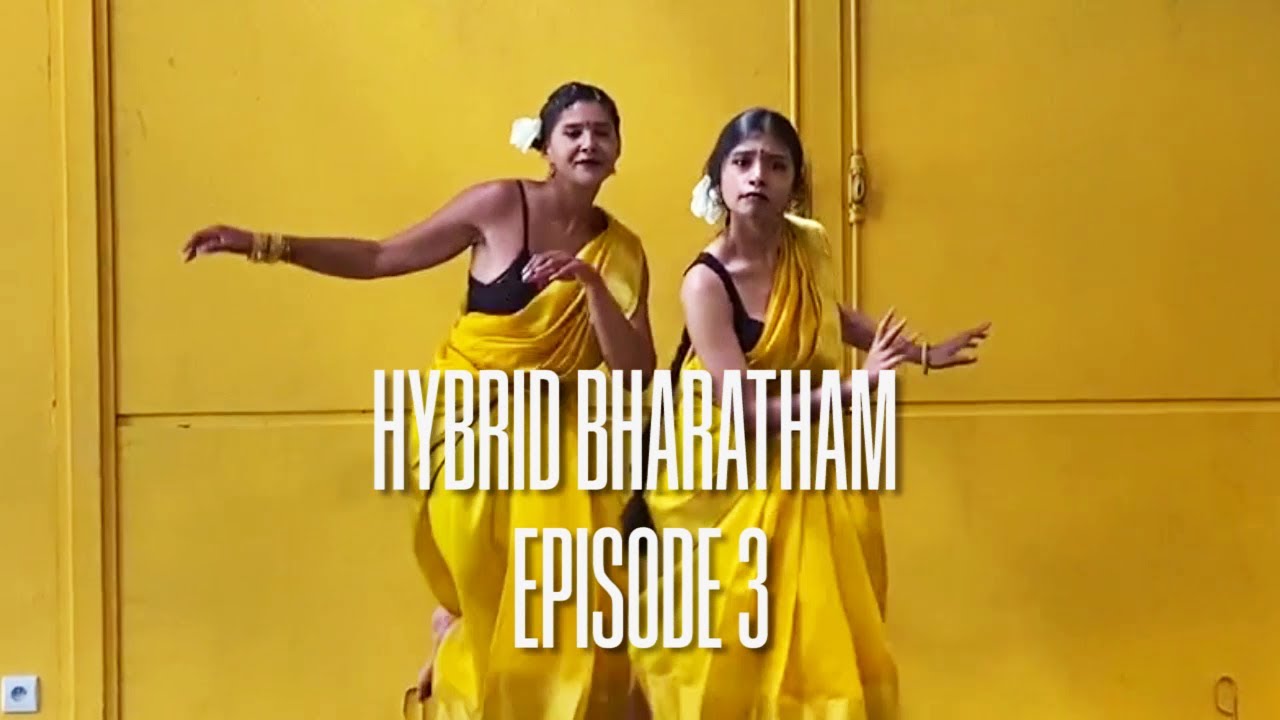 Mixing together both classical and urban dance moves is so unique and works so well together.

It’s also highly impressive jumping from one step to the next, but leaping from one dance style to another is out of this world.

A dedicated fan of dance, Sathya Narayan, agreed with this by commenting on the YouTube video:

“Just impressed with the amount of body control you guys have and how gracefully you switch into classical and then back into the hip hop groove.”

However, it’s not just feel-good rap tracks that Bharatanatyam works with. More lyrically deep songs with thought-provoking lyrics strike a chord with this dance form.

“Expressing the anger, frustration and sadness I accumulated in me into this piece…

“…I dedicate to the one hundred thousand Tamils who lost their life because of the Tamil Genocide committed by the Sri Lankan government.” 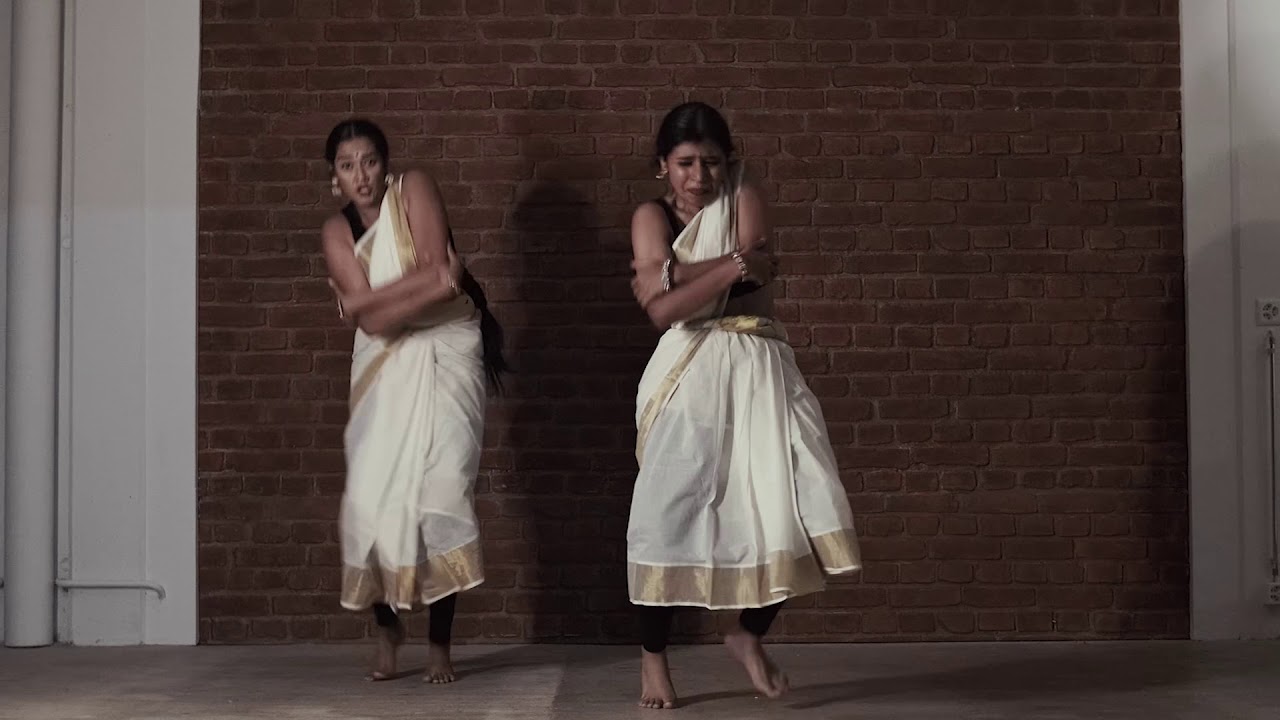 One can see the pain and unjust the dancers feel by their aggressive yet flowing movements.

With the dance form slowly catching on, many others are joining in on taking up the style.

It’s so impressive how this fusion dance is in its early conception but has the ability to be so versatile and adaptable. 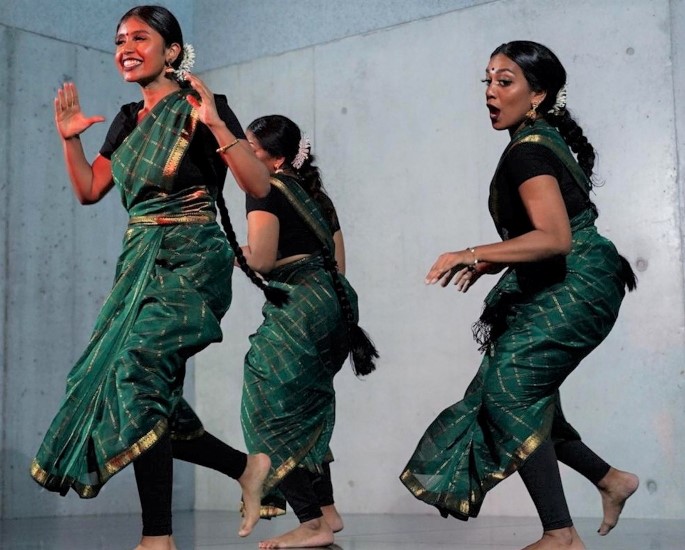 As mentioned before, new trends or dances come and go. TikTok is a massive example of dances going viral for a week and then dying out.

But, there’s something different and quite extravagant about ‘Hybrid Bharat’.

Its innovative nature has caught the attention of South Asians and others across the world, but it’s also gaining traction amongst the A-listers.

In reaction to some of the choreography shared in the previous section, British Asian presenter, Nihal Arthanayake said: “this makes me mad emotional”.

Nihal is most likely referring to how decadent the style is and how it’s moving to see a revival of a classical South Asian art form.

Additionally, Canadian musician, Shan Vincent de Paul shared his thoughts on one dance piece, stating: “oh my gooood!!!!!!! you are everything. Y’all killed this wow”.

Alongside them, Diipa Buller-Khosla, Mrunal Thakur, Harpz Kaur, Nargis Fakhri and Raja Kumari have all confessed their love for this dancing.

Raja Kumari spoke on one of the dances and affirmed: “this is what we all needed”.

Remarkably, even young children are imitating some of the dances executed by more experienced dancers.

The outpour on social media is also so supportive and shows just how popular hip hop Bharatanatyam is becoming.

Media outlets are also in awe of how special this style is. Blending western music with such a historical craft is not only alluring but emphasises the state of South Asian creatives.

To even think of this fusion is mindblowing but to execute it so successfully is equally monumental.

There’s no doubt that hip hop Bharatanatyam will only get bigger.