Popular singer Daler Mehndi has been arrested and jailed for a human trafficking case in 2003 after a judge upheld his original sentence.

"Neither did they send me abroad, nor did they return my money."

On Thursday, July 14, 2022, the Patiala district court decided to uphold the jail term of two years for the popular Indian and Punjabi singer Daler Mehndi. He was sentenced in 2018 related to a human trafficking case in 2003.

Mehndi’s application for release on probation was also dismissed by the court according to Advocate Gurmeet Singh, the complainant’s lawyer. In fact, the court is said ordered the immediate arrest of the Punjabi singer.

Subsequently, Mehndi was arrested and taken into police custody. It is likely he will be sent to Patiala jail, where cricketer-turned-politician Navjot Singh Sidhu is imprisoned.

The case goes back to October 19, 2003, when Patiala police registered an FIR against Daler Mehndi, his brother Shamsher and others in relation to human trafficking related to the complainant Bakshish Singh and others.

As per reports, the complainants alleged that Mehndi and his brother took ‘passage money’ from them to assist them in migrating to the USA and Canada.

Bakshish alleged he paid Rs 13 lakh to Mehndi to help him illegally migrate to Canada. But this never materialised.

“They took Rs 13 lakh from me. Neither did they send me abroad, nor did they return my money.”

He said he has faced threats during the 19 years of this case to get justice. 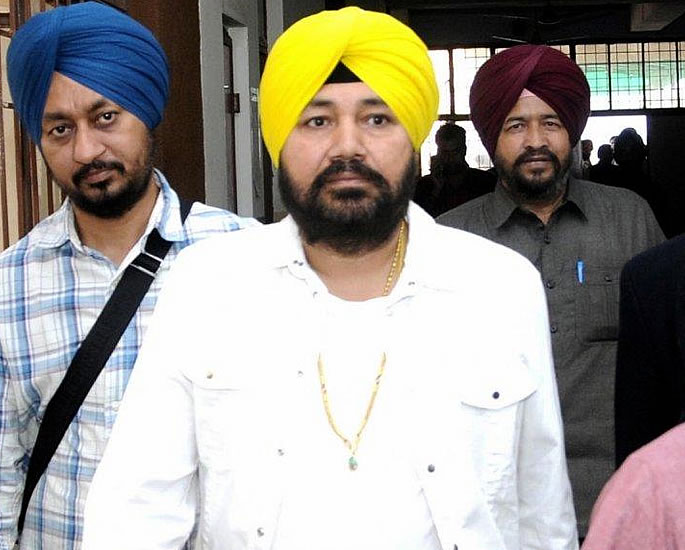 Then on December 19, 2003, Daler was arrested in Delhi and police charged him with his involvement in human trafficking since 1997.

After this, the case surrounding the singer calmed down until February 2005, when a re-investigation into the singer commenced.

After about a year, in January 2006, police filed two discharge petitions stating Mehndi to be innocent as far as his involvement was concerned.

However, in October 2006, the court ruled there was “sufficient evidence against him on the judicial file and scope for further investigation”.

Then in 2018, the Patiala court sentenced Mehndi to two years imprisonment and a fine of Rs. 2,000 was imposed on him.

After which he was out on bail and appealed against the decision of the trial court.

Mehndi’s appeal against conviction was dismissed by the Additional District and Session Judge HS Grewal dismissed. The decision of the lower court that found Mehndi guilty under India’s Penal Code Section 420 (cheating) and 120B (conspiracy) was upheld.

Further to the complaint filed by Bakshish Singh, Patiala police booked Daler, his brother Shamsher Mehndi and two others.

After investigating the case, the police officials stated that the singer and other performers ran a well-organised human trafficking racket where they charged up to Rs 20 lakhs in per person.

They illegally immigrated people by making them part of musical troupes when going on tour to countries like the US.

It was found that between 1998 and 1999 they took two troupes to the US and 10 people were taken as ‘group members’ who were “dropped off” illegally.

Further to the arrest and jailing of Daler Mehndi, the complainant Bakshish Singh of Balbera village is adamant that he will approach a higher court to have Mehndi’s sentence increased.