DESIblitz looks at the most mesmerising South Asian dancers who are lighting up the stage with their iconic fusion choreography.

"We try to bring many different cultures to the same space"

South Asian dancers are adding their artistic skills and unique fusions to an ever-growing dance industry.

The likes of hip hop, pop and urban dance styles are popular worldwide. Forms such as Bharatanatyam and Odissi are typically only associated with countries in South Asia.

But, can these styles be fused together to create something entirely unique?  Well, the artists on this list are certainly making a case for it.

Whilst their amazing routines may not strictly reference classical styles, these South Asian dancers are giving a new face to contemporary dance.

Fusing the footwork of South Asia, the rawness of hip hop and the flow of urban choreography makes their performances a spectacle.

They are broadening the scope of mainstream dance artists without forgetting about their cultural roots.

So, here are the best South Asian dancers who are making shockwaves with their mesmerising talent. 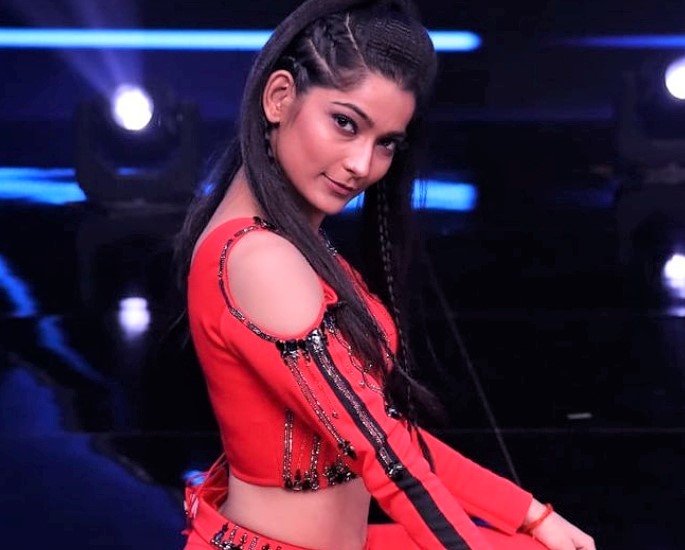 Having Vartika Jha on this list may come as no surprise to some people.

Having amassed over 1.7 million Instagram followers, she is certainly a presence both online and in the dance industry.

The skilful Vartika started her career at 12 years old and although still young aged 22, she has a wealth of experience.

Her unique robotic, pop-locking and silky routines promoted an entry into the fourth series of the Indian TV show, Dance Plus.

Having made it to the final and achieved second place, she impressed millions.

This included the judges, audience members and Bollywood legends like Govinda and Jeetendra.

The dancer’s hypnotic skill made its way into the 2020 film, Street Dancer 3D, but this is just the tip of the iceberg.

Her impressive choreography gives a refreshing interpretation of Bollywood tracks.

Vartika can do it all. She has a certain aura that captivates you and then you can’t take your eyes off her sharp twists and South Asian flair.

Her finesse in Dance India Dance proves why she is one of the best South Asian dancers on the scene. 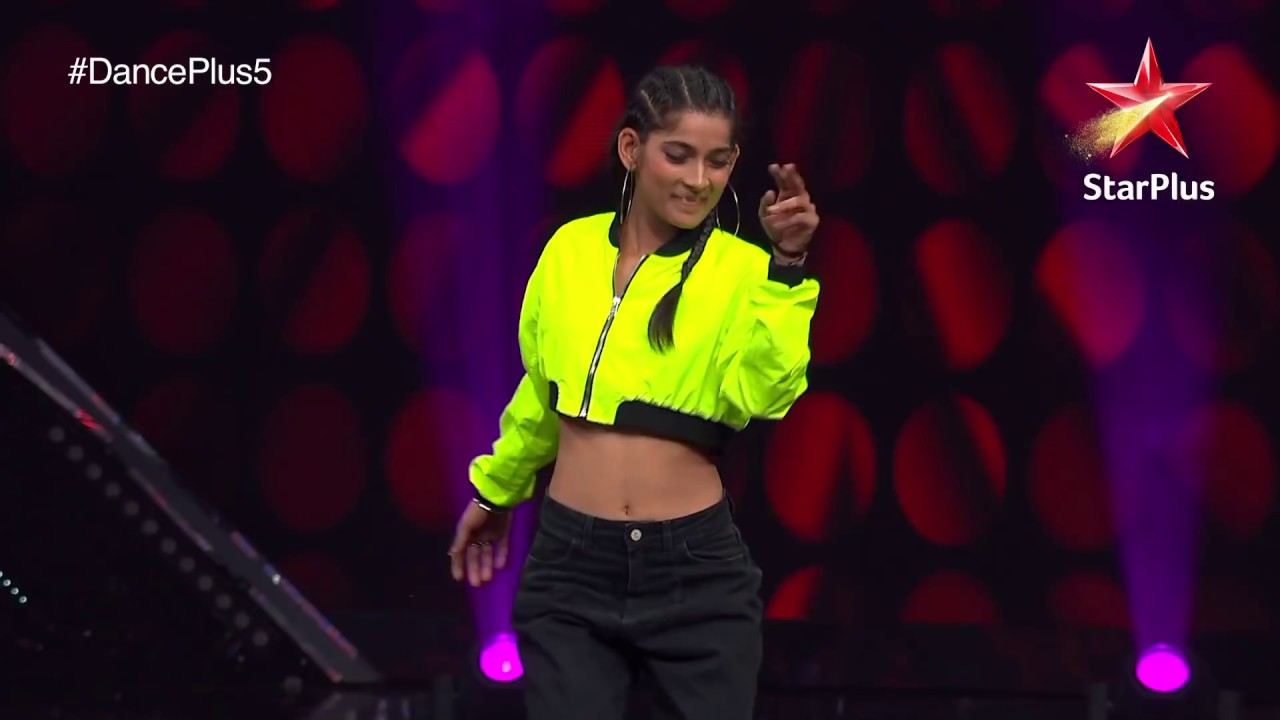 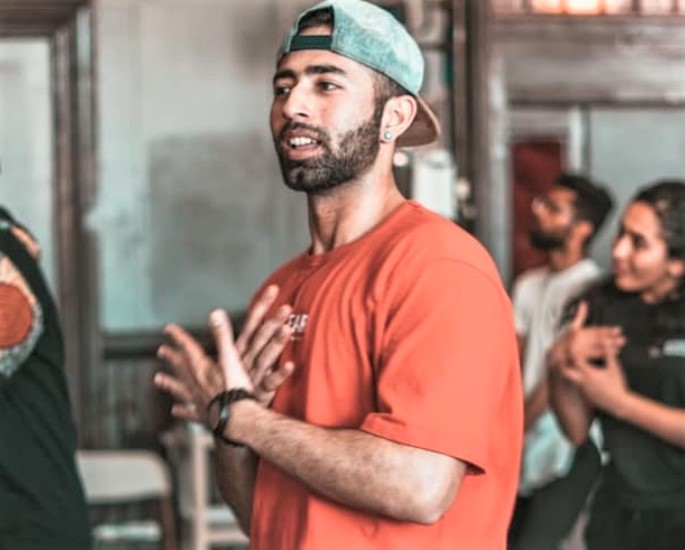 Bringing an energetic funk to the dance scene with his high energy routines is Aakash Phulwani.

The Tanzanian-born artist uses custom-made dance mixes in order to create his choreography that fuses contemporary African and Bollywood styles.

The passion to delve into different genres like this resulted in him and his two friends making AfroDesi.

The platform promotes African culture with an Indian twist and has gained massive popularity with many coming forward to learn the unique style.

“We try to bring many different cultures to the same space…to try bridge that gap.”

This is exactly what the masterful dancer does. His intricate hip hop moves and intense facial expressions help him to hit every note of the track.

As mentioned before, his routines are propelled by the custom mixes he dances to.

Having conducted numerous workshops across Dubai, Kenya, London and the US, Aakash is a catalyst in this new wave of South Asian dancers. 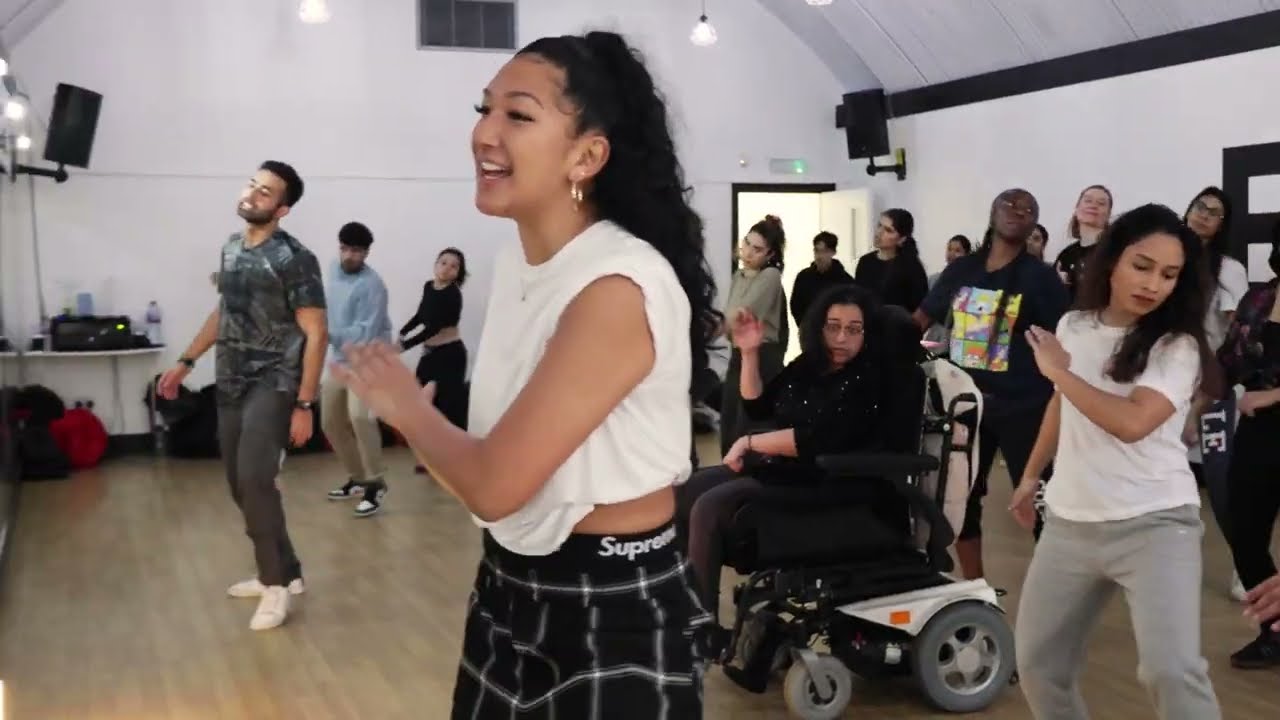 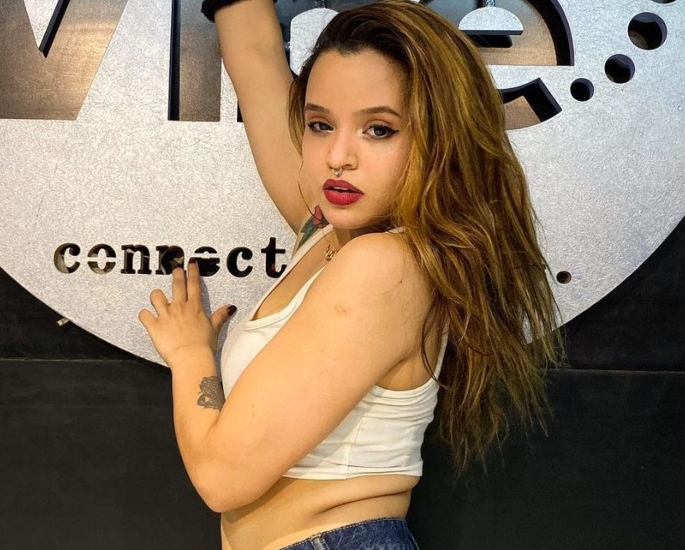 Like Vartika Jha, Pery Sheetal was a participant in Dance Plus. She also starred in Street Dancer 3D and has quickly solidified herself as a staple amongst South Asian dancers.

Her high-octane routines are primarily done to Bollywood and Punjabi tracks but that does not mean her moves are typically classical.

She uses an urban and hip hop foundation to build her choreographies.

She challenges herself to interpret certain hits in different ways.

For example, the way she sways and hits every tempo of Shrey Singhal’s ‘Fallin For You’ (2019) is hypnotic.

Or, she can turn it up Pav Dharia ‘Mahiya’ (2021) in a burst of vivid leg turns and agile expressions of African dance styles.

Some South Asian dancers prefer not to venture out and keep their talents within their comfort zone, Pery does anything but.

Her relentless work ethic to embrace new genres and fuse them with the techniques she already possesses is so impressive.

The superstar is gearing up to take part in Europe’s biggest Bollywood dance event in London and she will undoubtedly gather more fans after her performances. 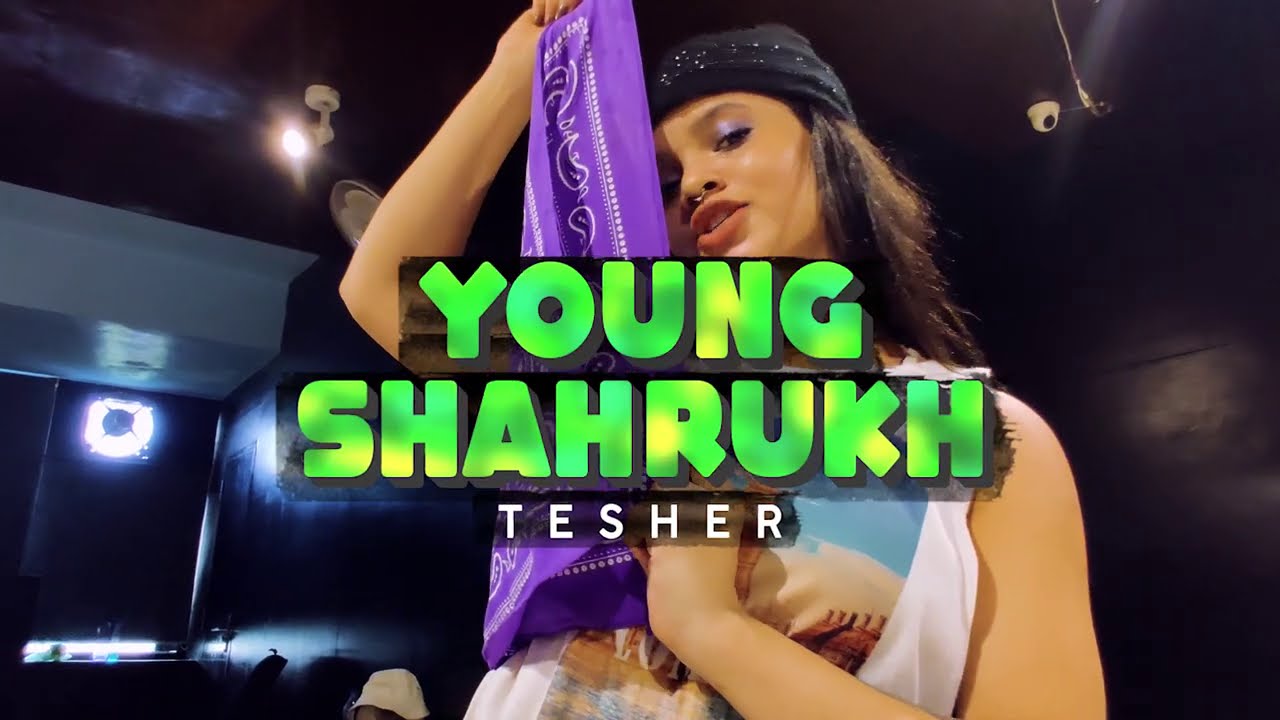 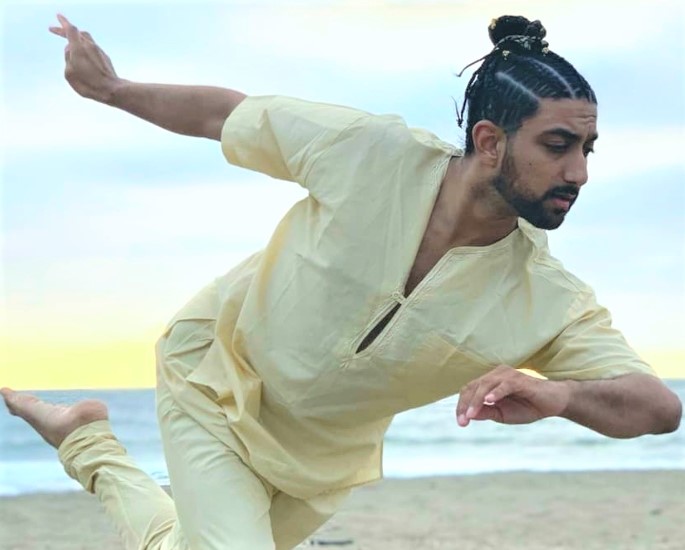 Indian American Amit Patel is a pioneering dancer due to his unconventional take on Indian contemporary dance.

A proud advocate for the LGBTQ community, Amit has undergone a mass amount of training in different styles.

They all contributed to his own form coined ‘Bollywood Heels’.

The term stands for his rebellious pieces which aim to challenge the norms of sexual identity using movement and dance.

The dancer’s routines provide a glimmering look into the intricacies of South Asian dance.

His performances are unique and iconic as they represent the inclusive nature of everything Amit stands for. Speaking in 2017, the artist revealed:

“…the high heels are meant to be a symbol of embracing one’s personal identity, sexuality, and athleticism.”

His showstopping choreography is athletic, delicate and intimate. Yet, Amit has this fiery aura when performing which puts you through a whirlwind of emotions.

He launched the Amit Patel Dance Project which will break the “cartoony coordinated” stereotypes around Indian dance and promote the grace and talent that goes into this form.

As one of the most illustrious South Asian dancers, Amit is continuing to redefine the industry. 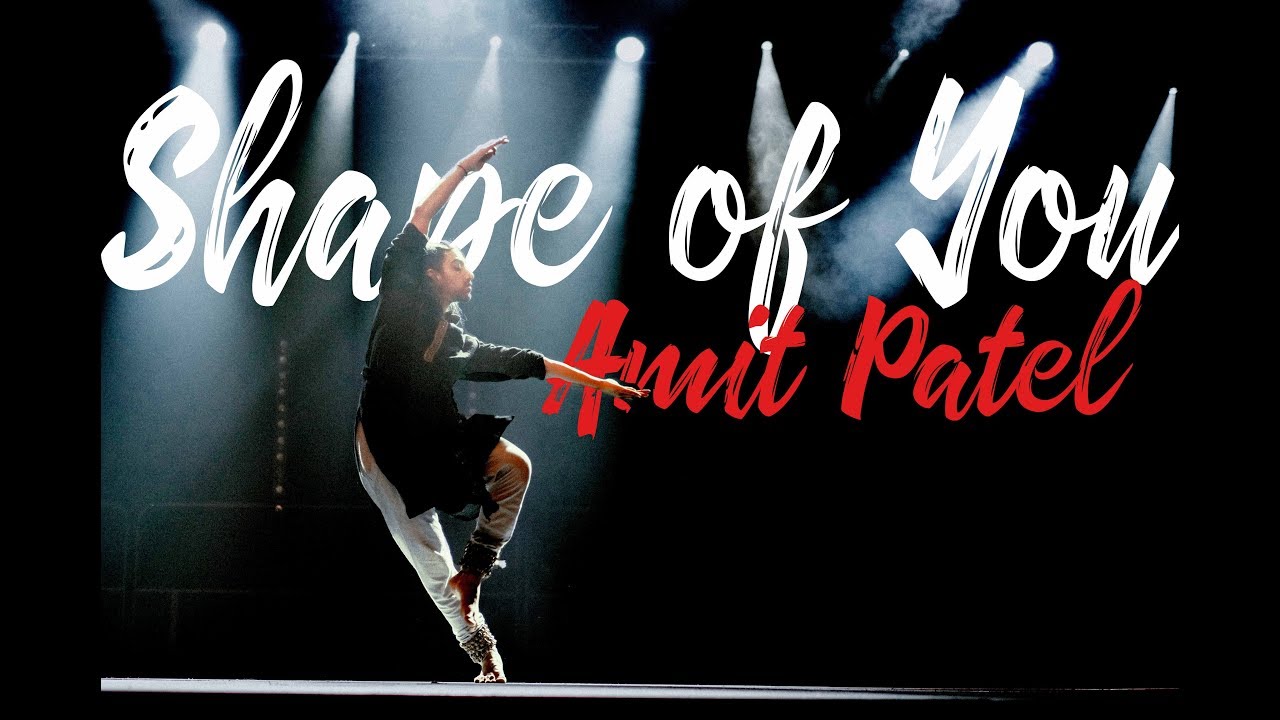 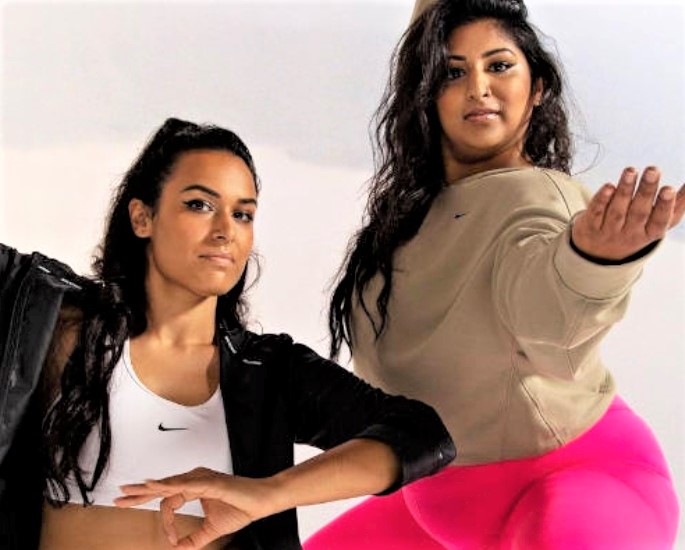 BFunk is a hybrid of bhangra and hip hop styles headed by founders and lead choreographers Shivani Bhagwan and Chaya Kumar.

The duo have surpassed 365,000 Instagram followers with their vibrant and joyful routines.

They went viral in 2016 after their incredible performance to Diljit Dosanjh’s remix of Major Lazer’s hit ‘Lean On’ (2015).

Their high energy moves represent the lively spirit of bhangra dancing and fusing elements of hip hop just makes each routine a masterclass in talent and flair.

They’ve collaborated with some of the most famous figures in the world such as Shah Rukh Khan and the late Bapi Lahiri.

What’s special about BFunk is its ode to the dynamic and colourful moves of South Asian dance.

Their Desi twirls, drops and bounces highlight the elements of Punjabi music.

But they also put their own spin on dancing with a western take on tracks like ‘Oo Antava’ (2021) and Mister Stealth’s bhangra remix of Fat Joe’s smash single ‘All The Way Up’ (2017).

Their talents have put them into the spotlight and led them to incredible platforms such as Nike, who featured them on their app in 2020.

Undoubtedly, their meteoric rise will only carry on. 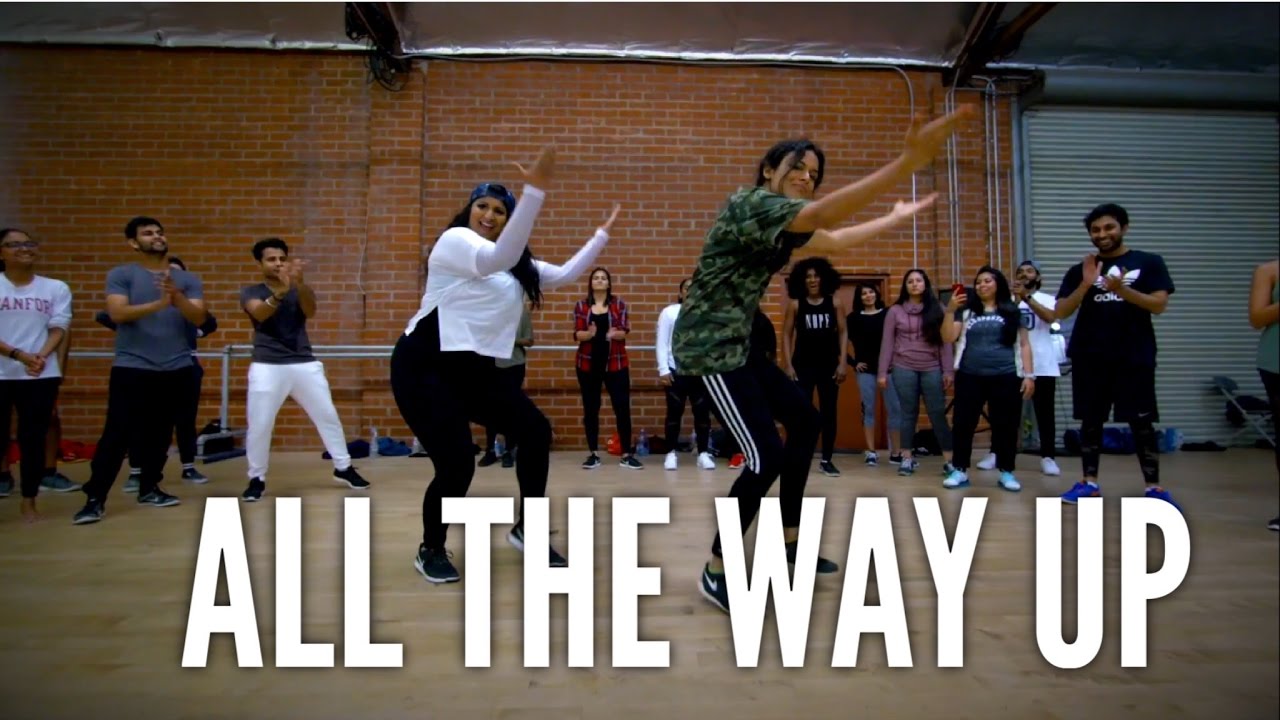 These South Asian dancers are flying high within the dance industry.

Fusing different cultures and inspirations make each one of these artists a trailblazer for similar and upcoming dancers.

Their fluid choreographies and daring performances emphasise their own talents but also showcase how dancing as an art form has evolved.

There’s not a genre or style that is too big or difficult for South Asian dancers. Long gone are the days when individuals feel confined to one particular form.

These performers are setting the world of dance alight and will get you off your seat ready to join them.