A video featuring Punjabi gangster Goldy Brar explaining why Sidhu Moose Wala was killed and his thoughts after has been released.

"We wanted justice and what was meant to happen to him, we did it."

A video released by the gangster Goldy Brar explaining the killing of Sidhu Moose Wala was broadcasted by the News 18 Indian news channel on July 15, 2022.

While News 18 do not confirm it is Goldy Brar, they say the video has been verified by anti-gangster police sources and it is him.

Brar who is said to be residing in Canada is dressed in a dark hoodie and wearing a white and blue patterned face mask. Speaking in Punjabi goes through the reasons why the Lawrence gang carried out the murder of singer Sidhu Moose Wala.

In the video he says:

“I am from Siri Muktar Sahib. Most of you know me. You must’ve come across my name in the headlines.

“Recently, my name was associated with the Sidhu Moose Wala case. We took responsibility before for it [the murder] and we take it again that we carried out this job.

“We do not have any kind of remorse or ‘regret’. Everything happens with time.

“But what he did in his songs to keep his image clean and truthful, and the way he portrayed himself was unpardonable. We were not going to forget this. He deserved to be punished.

“We waited and hoped for justice by the law and the authorities to act. We thought justice and the laws would be used against him.

“But not them [people like Sidhu Moose Wala], nobody says anything to them. As you are aware the laws target poor people and everyday people.

“Therefore, we had no other option. The option we took was to take action arming ourselves and fulfilling our revenge.

“We wanted justice and what was meant to happen to him, we did it.”

He adds: “We are the bad people now. And so be it they are better off being bad in this way.”

Brar then explains his hurt over how people are elevating Sidhu Moose Wala in a different way now, compared to the past, saying:

“The big hurt here is how people, after his death, have changed.

“Those who used to be the same people ridiculing and swearing at him, about 95% of them who used to say how he disrespected Punjabis and marred the community, now praise him.”

In the video, he expresses his disgust at how the public is portraying Sidhu Moose Wala as a Sikh martyr or a kind of communal hero. Brar says:

“My brothers, he was not worthy of such adulation.

“By putting him into these categories you have totally marred the Sikh martyrs and real heroes who actually really did something for the faith and community. Who gave up their lives for proper causes.

“You have dishonoured them by putting him on par with them.” 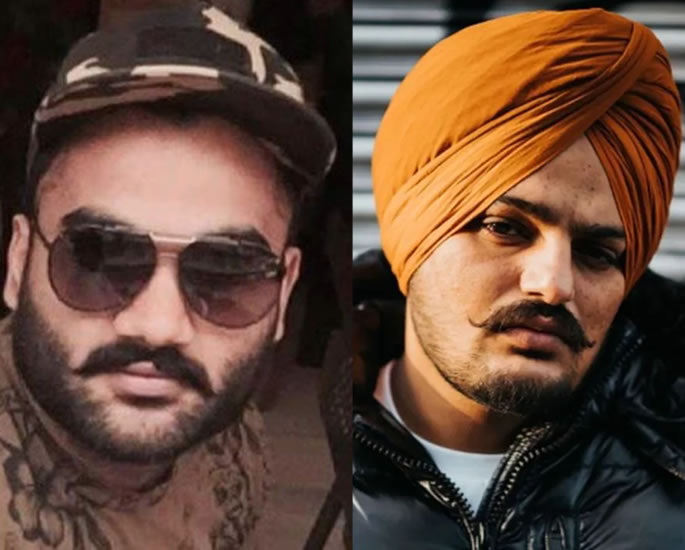 He goes on to express his anger at this as to how could you people claim he is a ‘martyr’.

“This is the same Sidhu that had achieved such heights that he could have possibly done something for the community and served them. But he never did anything like this.

“He definitely brought down the respect of the Sikh faith.

“Let me remind you of a few things about him. However, I am not saying we killed him due to these reasons.

He then continues to mention the kind of company the singer kept with whom he drank alcohol and celebrated activities. Also, Brar highlights his strong association with the Congress party.

A major point in his message is related to how Sidhu Moose Wala acted when the Punjabi singer Deep Sidhu died. He says:

“When it was the time for the last rites and funeral of Deep Sidhu and the whole of Punjab was in mourning.

“My brothers, at that same time, Sidhu had an event and gathering (akhada) in Mansa where he drank and celebrated.

“And you people are aligning his photos alongside Deep Sidhu.

“A lot of people did raise objection with Sidhu about this and swore at him for doing such a thing.

“But today, people have forgotten the incident. You have bad memories and a very weak mindset, my brothers. You forget quickly.” 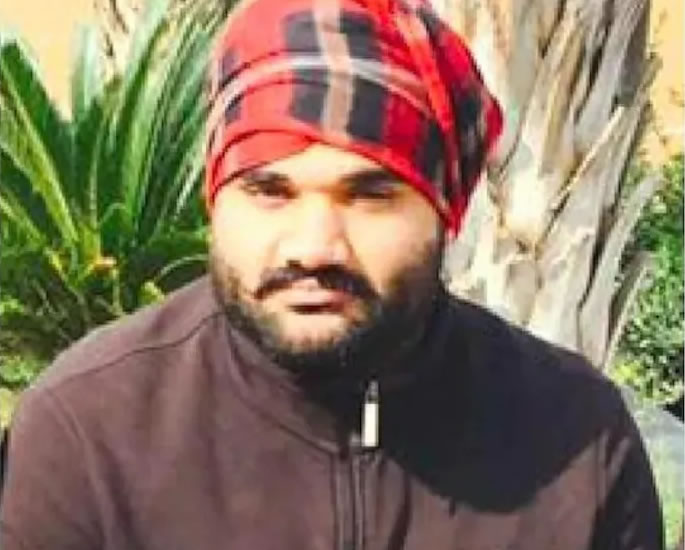 Brar then brings up Sidhu Moose Wala’s comparison to the US rapper Tupac, saying:

“He used to go on about Tupac but when did you ever see police security around Tupac?

“So if he took an issue (panga) with you know who. Then why didn’t he stand up for himself?

“Why did he run for police protection and throw himself at the feet of leaders?

“If he was such a hero, why did he not stand up and fight?

“We did send him a message that we will kill you.

“He offered Rs 2 crore after the death of Vicky Middukhera and when his name got associated with it.

“During the elections. In Muktsar, there is a village called Bhangchidi, There is a guy who stayed with Sidhu 24 hours, he will know who the people are.

“They were the ones that sent a message to me that we will set up a call with Sidhu to take receipt of the Rs 2 crores.

“They said you can go to a temple and then swear that you will not bring any harm to him.

“But no my brothers, we are not ones ‘eat such keh’ [be bought out in such a disrespectful way]. We took revenge for our brother and respect.

“He knew that we were going to kill him. We told him before we did it.

“He pleaded as much as he could and did. He went to people in high places but he did not get the support.”

In the video, he also highlights how Sidhu Moose Wala would not welcome any social media posts that were ‘anti’ him. He would use Snapchat and threaten people that he would kill them for posting such messages.

Here are clips of the video: 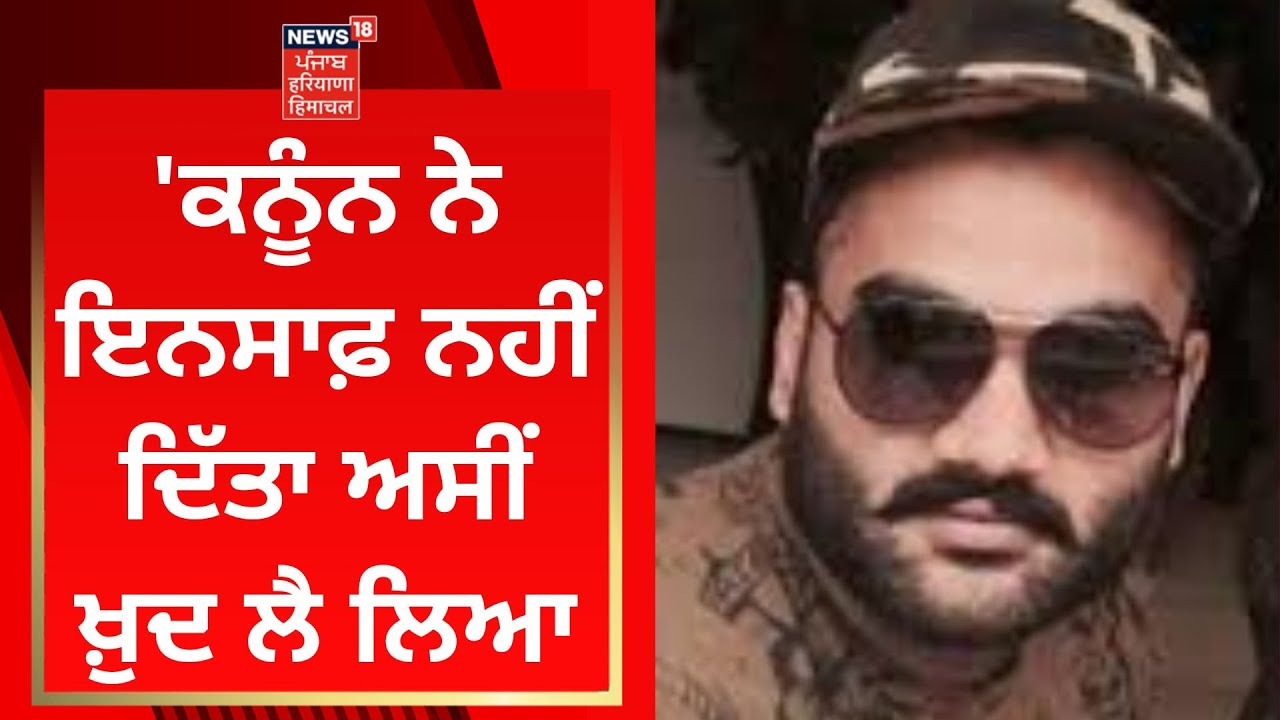 As it stands, the Goldy Brar video certainly contains information only the Lawrence gang behind the murder of Sidhu Moose Wala would be privy to.

After the video was released, the interrogation of the shooters in the custody of Punjab police including Ankit Sirsa and Sachin Bhawani continues and has been intensified.

They were presented at a court in Mansa and were given remand in custody while questioning continues.

Amit enjoys creative challenges and uses writing as a tool for revelation. He has major interest in news, current affairs, trends and cinema. He likes the quote: "Nothing in fine print is ever good news."
Hip Hop Bharatanatyam: A New Style of Dance
The Best Songs from ‘Ms Marvel’